How to Install LISP on MacOS?

Install the SBCL, a lisp compiler by running the following command:

SBCL stands for Still Bank Common Lisp, it is a compiler for common lisp programming language.

Run the following command in the terminal to install lisp onto your macOS : 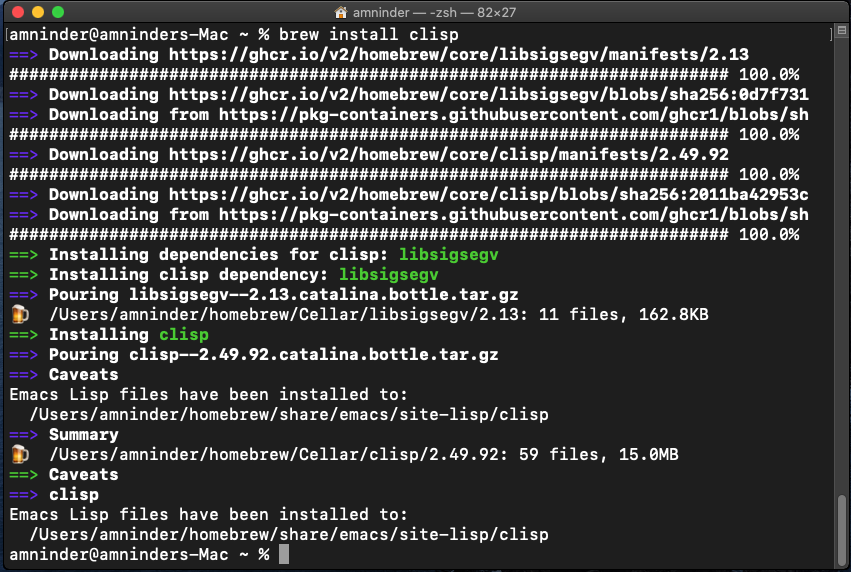 Open up any text editor and write the following hello world program and save it with extension as a .lisp.

Save it as a .lisp extension. E.g. save it as geeks.lisp.

Now to execute the code, run the following command:

Here, sbcl is a compiler, and the –script flag represents that we are going to run a lisp script file.