What is a Graph Matrix ?
A graph matrix is a square matrix whose size represents the number of nodes in the control flow graph. If you do not know what control flow graphs are, then read this article. Each row and column in the matrix identifies a node and the entries int he matrix represent the edges or links between these nodes. Conventionally, nodes are denoted by digits and edges are denoted by letters. 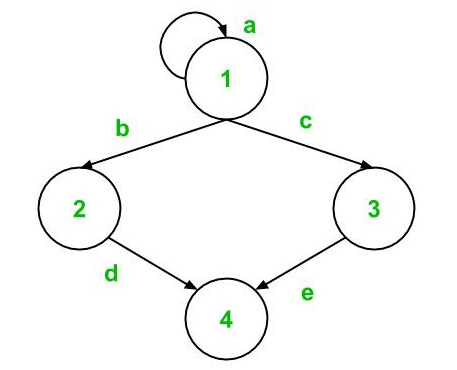 Let’s convert this control flow graph into a graph matrix. Since the graph has 4 nodes, so the graph matrix would have a dimension of 4 X 4. Matrix entries will be filled as follows :

The graph matrix formed is shown below :

Connection Matrix :
A connection matrix is a matrix defined with edges weight. In simple form, when a connection exists between two nodes of control flow graph, then the edge weight is 1, otherwise, it is 0. However, 0 is not usually entered in the matrix cells to reduce the complexity.

For example, if we represent the above control flow graph as a connection matrix, then the result would be : 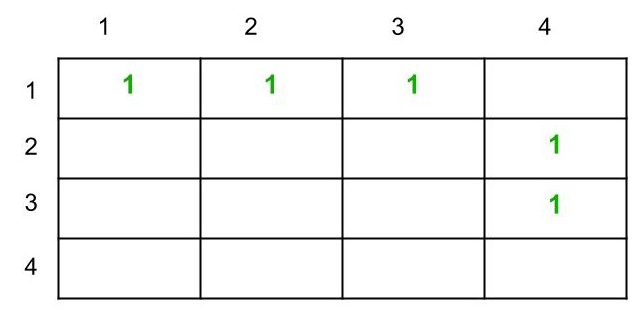 As we can see, the weight of the edges are simply replaced by 1 and the cells which were empty before are left as it is, i.e., representing 0.

Following are the steps to compute the cyclomatic complexity :

Let’s apply these steps to the graph above to compute the cyclomatic complexity. 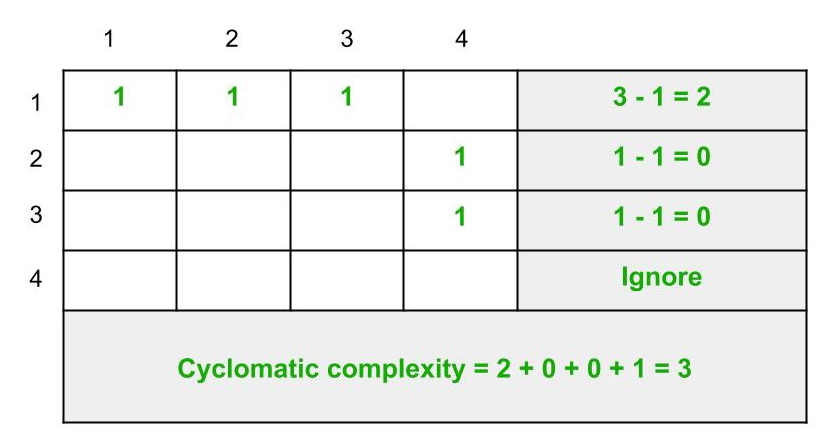 We can verify this value for cyclomatic complexity using other methods :

It can be seen that all other methods give the same result. Method1, 2, and 3 have been discussed here in detail.