Explain the use of nav nav-list in Bootstrap

In simple words, a Nav List can be called a sideway navbar which is divided into several sections using the headers. Below given is the example of a nav list which we can see on numerous websites. 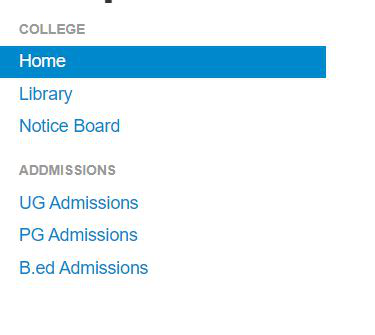 The above example shows a list of navs showing important links about different pages which we can see on many college and universities websites.

Let’s see how to make one such nav list by using the bootstrap framework and the ‘nav-list’ class.

Step 2:  Link the bootstrap CSS to the Html file using the following code given below:

Note: The bootstrap folder and the Html file should be in the same folder.

Step 3: Link the bootstrap JS file to the Html file using the following command given below:

Step 5: Inside the <ul> tag add list items <li> with class name “nav-header” for the headers you want to mention. Below is given the syntax :

Example: This example describes the use of the nav-list class in Bootstrap.

Output: From the output, we can see the nav-list having the list of the items. The nav-list will only work with Bootstrap v2.

The nav-list class can be useful to arrange the items in order and add some styles to them. The nav list component is very useful in websites that have a lot of different options and different users want to access the different sections of the website. The nav list makes it very easy for the user to navigate to their specific page very easily.

Complete Interview Preparation
View Details
System Design-Live Classes for Working Professionals
View Details
Data Structures & Algorithms- Self Paced Course
View Details
Most popular in Bootstrap
Most visited in HTML
We use cookies to ensure you have the best browsing experience on our website. By using our site, you acknowledge that you have read and understood our Cookie Policy & Privacy Policy