The term “heritability” describes the transmission of traits from generation to generation. The slow process through which a rudimentary living form develops into sophisticated organisms over the course of many generations is known as evolution.

Evolution is a perceptible shift in a population’s heritable traits over a number of generations. New species may emerge as a result of these changes, or existing species may modify themselves to improve their environmental adaptation.

Regarding the beginning of humankind and its various forms, the Big Bang Idea is the most widely accepted theory. The universe, according to the hypothesis, would be created more than twenty billion years ago as a result of a tremendous explosion. The genesis of the earth took an additional 10 billion years. The circumstances for life, including the temperature and environment, stabilized as the earth grew. It is estimated that the life i.e, the first would be on earth appeared roughly two billion years ago (mya).

It is considered that the first cell formed from non-cellular molecules but there would be no evidence for the evolution of the first living cell. More of these were created when this cell split. A few distinguishing characteristics of the developing cells enabled them to survive. These characteristics include the capacity of the cells to release oxygen as well as the ability to capture light energy and energy derived from it. At last, simple unicellular creatures underwent a great deal more sophisticated multicellular organism formation.

Evolution moved along considerably more quickly with the emergence of multicellular creatures. Between 500 and 300 million years ago, a variety of new creatures, including invertebrates, plants, and animals like reptiles, fish, amphibians, and mammals, underwent additional development and evolution (mya). Later, these organisms began to develop in unique ways. This started the lineages’ bifurcation. That was greatly influenced by environmental factors including changing climate, scarcity of resources, predators, etc. One living form predominated over the others during each stage of evolution. Therefore fittest of all would be chosen by nature to predominate over the others.

Before plants ( three twenty million years ago) colonized the continents, then jawless fish (three fifty million years ago). Plants were later replaced by fish, which could survive on both land and water and consumed them. These lobefin animals gave rise to amphibians, which later transformed into reptiles. During that many mya, reptiles of various sizes, forms, and life cycles flourished. Some, like Ichthyosaur( two hundred million years ago), were aquatic, while others were terrestrial. At that time, dinosaurs were well-known land reptiles. They went extinct for unidentified reasons. After reptiles, there came a period when mammals predominated over all other animals. 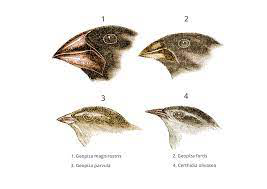 Evolution can occur via different mechanisms-

Changes in a living organism’s DNA sequence are referred to as mutations. Future generations are only affected by mutations that affect germ cells, which are egg or sperm cells. All of a person’s cells carry these mutations throughout their lifetime, which are inherited from their parents. These mutations are what cause evolution. Only some cells contain the acquired mutations, which take place during the course of a person’s life. These are brought on by external sources like UV radiation and do not affect the next generation. They don’t belong to evolution.

It would be defined as Gene would flow from the population to the population. For instance, pollen is transported from one location to another by the wind or by people that relocate to new towns or nations. A gene transfer takes place when a person from one country relocates to another and mates with someone there. This is how genes spread among various populations. Gene transfer can occur horizontally, which refers to the asexual transmission of genetic material from one population to another. Prokaryotes frequently experience this phenomenon.

It describes the shift in an individual population’s allele frequency as being due to chance. The impact of this random occurrence is greater in populations that would be small and less so in bigger groups. It is of two types one is the founder effect and the other is the bottleneck effect.

The bottleneck effect happens when a population suddenly declines as a result of environmental causes.. In this situation, the population loses certain genes. As a result, the original gene pool’s genetic variety is drastically reduced. This implies that the genetic make-up of the remaining population diverges from the original population’s.

The founder effect would be of Genetic diversity is lost when a new population is made up of a few isolated individuals from a larger population. Therefore prior population is not present in them. This causes some genetic features to predominate over others, which causes hereditary illnesses in subsequent generations.

Some people are more likely to survive and reproduce than others if they possess particular features. These genetic traits are passed down to their progeny, resulting in an evolutionary change in succeeding generations. Natural selection is the process of choosing the genetic traits that will help future generations survive. One well-known illustration of natural selection is Darwin’s Finches. Depending on their adaption and dietary preferences, Darwin’s finches have developed into fifteen different species.

Understanding evolution has been crucial for searching for and also would use the resources which come from nature like fossil fuels, and it will continue to be so as human civilizations work to create interactions with the environment that are sustainable. These instances can be multiplied countless times.

Question 1: What does “natural selection” mean?

Natural selection is the process i.e, an adaptation of the organism takes place and transforms itself in large populations.

Question 2: Into how many species of finches develop?

According to Darwin, those would be fifteen, known as Darwin finches, which tell about Natural selection.

Question 3: Types of the Genetic drift?

Question 4: First life would be on?

Question 5: Plants would emerge on?

They would emerge approximately

Question 6: Explain the phenomenon which help in Evolution?

These would be of four types: natural selection, genetic drift, gene pool, and mutation.