Node.js is an open-source, asynchronous event-driven javascript runtime that is used to run javascript applications. It is widely used for traditional websites and as API servers. At the same time, a docker container is an isolated, deployable unit that packages an application along with its dependencies, making it highly scalable and maintainable. In this article, we will create a docker container for the node.js and run a simple express.js application on the container.

A docker is an open platform that provides the docker runtime. It makes the development, running, and deployment of applications straightforward. A docker container is quite popular because it is lightweight and efficient in using the underlying system resources. It shares the host OS’s kernel, unlike a VM machine which makes it faster and capable of handling many simultaneous requests. Read here to learn more about docker.

Node.js is a server environment that is open-source and free to use. It provides the javascript runtime so that the javascript applications can run on the server.  It also enables javascript code to run outside a browser. It does a lot more, like generating dynamic page content, create, save, close files on the server and handle databases in the backend.

Express is a framework for Node.js that helps developers organize their web applications into MVC architecture on the server-side. It makes web applications fast and easy as compared to developing an application using only Node.js.

For example, A node.js application might need MongoDB in the backend, and Express is the framework that helps manage everything like routes, requests, and views.

Why use Docker Container for Node.js?

One of the problems developers face is having different environments for the development of an application and in the deployment of the same. One might develop their local system, which might be totally different from a cloud instance where the application is finally deployed.

A docker container solves this problem, and It uses the concept of images that stores a record of a docker container at a particular time like all the libraries. It is required to run an application along with their versions. Then a developer can share this image with others to have the same environment as the developer does and run the application.

A docker container is the best tool for microservice architecture adaptation. Many companies are shifting to using dockers because an application running on docker is more maintainable, easily modifiable, and highly scalable.

Let’s start with an effortless express application that prints “Hello World! This is Nodejs from a docker container” on visiting the root endpoint.

This will add the package.json file, which holds information about our projects like scripts, dependencies, and versions. It will ask for the package’s name, version, and many others (you can go with defaults by pressing ENTER).

We are explicitly adding these dependencies to our package.json file to download them when we run this application inside a docker container.

At this stage, we can run our application on our local system using the following command:

But actually, we want to dockerize this application. For that, we need to create an image by providing information like which runtime we need, the port the app will use, and the files needed that are available on our local system. 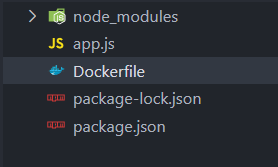 The command uses the flag -t to specify the name of the image, and then we have to give the address where. Then, our Dockerfile is situated; since we are in the directory while running the commands, we can use the period, which stands for the current directory.

The output will be a list of images in your system. It should contain our recently created image with the name we provided with the -t flag.

Express app on a docker container 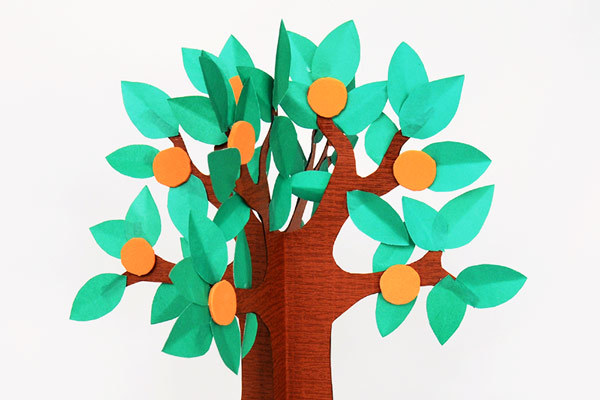