Difference between Inductive Reactance and Inductance

An inductor is a static two-terminal electrical component that stores energy in a magnetic field when electric current flows through it. It commonly comprises an insulated wire wound into a loop. It is additionally known as a coil, chokes, or reactor. According to Faraday’s law of induction, the time-varying magnetic field induces an electromotive force in the conductor, when the current flowing through the coil changes. The induced voltage has a polarity that opposes the change in current that created it, according to Lenz’s law. Inductors oppose any changes in current through them because of this. 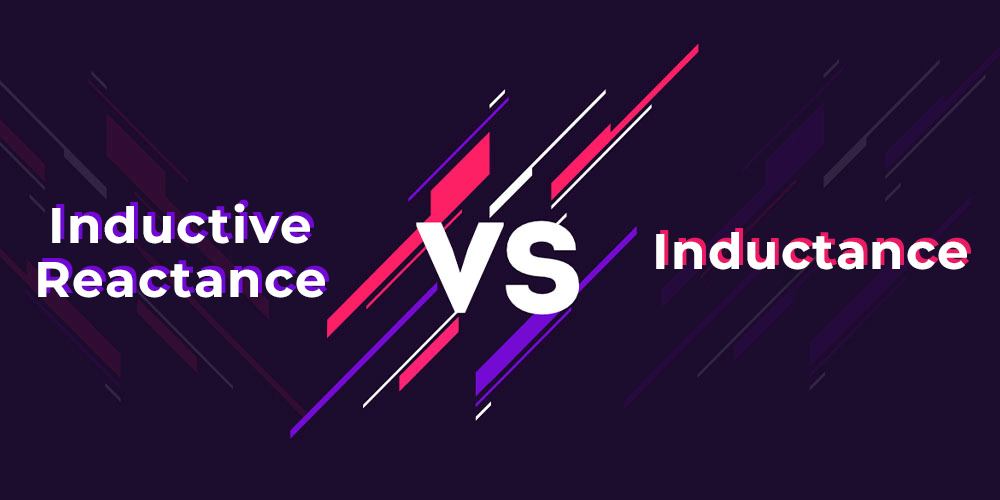 What is Inductive Reactance (XL)?

Inductive reactance XL is proportional to the sinusoidal signal frequency f and the inductance L, which depends on the physical shape of the inductor.

The Inductive Reactance in terms of voltage and current is defined as,

The flow of electric current creates a magnetic field around the conductor. The field strength depends on the current magnitude and follows any current changes. The factors that affect the Inductance are the number of wire turns in the curl, Curl Area, Center Material, and the Curl Length.

Difference between Inductive Reactance and Inductance

According to the formula-

Substituting the given values:

According to the formula-

Substituting the given values:

Problem 3: What are the applications of inductors?

Inductors are used in electric power and electronic devices. Inductor applications can be seen in Sensors, Filters, Chokes, Ferrite beads, Induction motors, Tuning circuits, Transformers, and so on.

Problem 4: Why inductance does not depend on current?

Problem 6: Is resistance the same as inductance?