Memory is a storage component in the Computer used to store application programs. The Memory Chip is divided into equal parts called as “CELLS”. Each Cell is uniquely identified by a binary number called as “ADDRESS”. For example, the Memory Chip configuration is represented as ’64 K x 8′ as shown in the figure below. 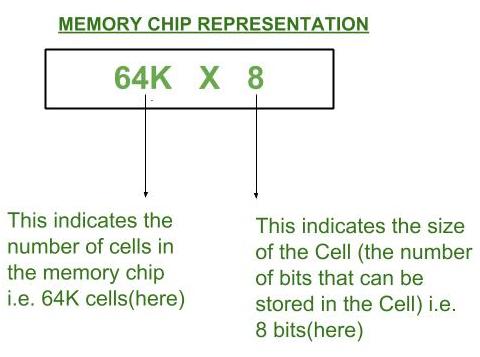 The following information can be obtained from the memory chip representation shown above:

i) The most important point to be noted is that in case of either of Byte Address or Word Address, the address size can be any number of bits (depends on the number of cells in the chip) but the cell size differs in each case.