Count points from an array that lies inside a semi-circle 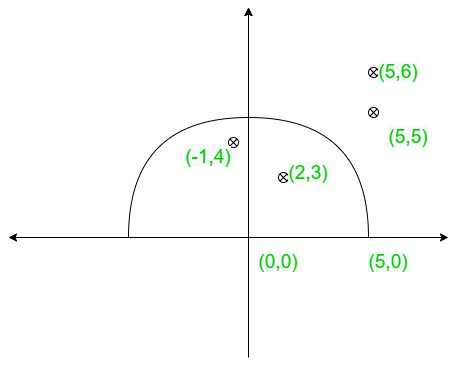