CAINE Linux stands for Computer Aided Investigative Environment. It is an Italian Linux live distribution, a digital forensics project that was started in 2008. It uses an old-school desktop environment complemented with top-notch specialty tools.

In this article, we will discuss the following topics: 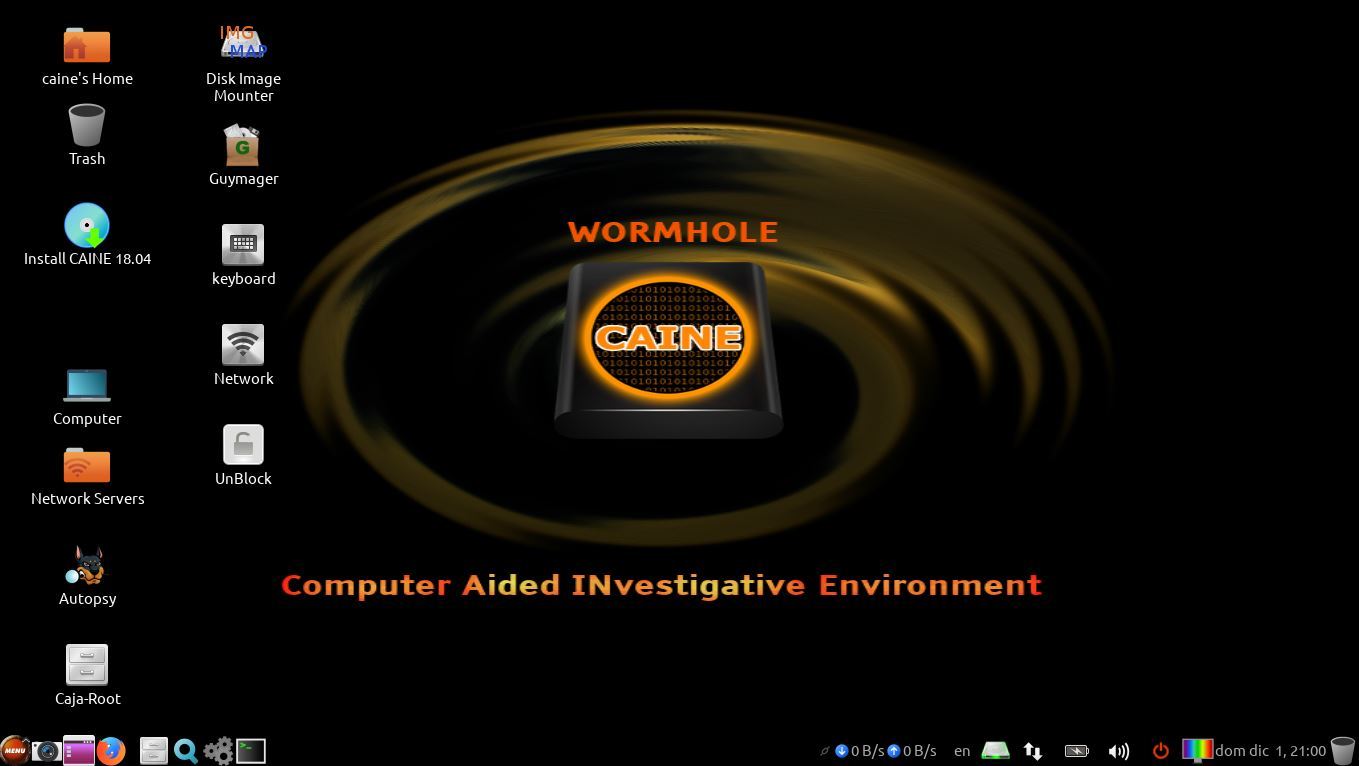 Let’s get started and discuss each topic in detail.

What is the Purpose behind the Introduction of CAINE?

The main objectives that CAINE aims to guarantee are the following:

What are the Pre-requisites for getting started with CAINE?

In this section, we will have a look at some of the system requirements to get started with CAINE.

What are the supported platforms?

CAINE Linux has several software applications, libraries, and scripts that can be used in a command-line or graphical environment to perform forensic activities. It can perform data analysis on the data objects created on Microsoft Windows, Linux, and some Unix Systems. One of the interesting features of CAINE Linux version 9.0 is that it sets all the block devices to read-only mode by default.

In this section, we will drive you through the Look and Feel of the CAINE Linux in GUI Mode.

CAINE Linux provides a variety of software tools that can be used for memory, database, network, and forensic analysis. The File Image System analysis of File Systems like FAT/ExFAT, NTFS, Ext2, Ext3, HFS, and ISO 9660 is possible using command-line mode as well as Graphical user interface mode. CAINE Linux support disk imaging in raw(dd) and expert witness/ advanced file format also. Disk images may be obtained using the tools that built-in the CAINE or using third-party tools like EnCase, or Forensic Tool Kit.
Here is the list of some of the tools that are included with CAINE Linux: