In R Programming Language it is easy to visualize things. The approach towards plotting the regression line includes the following steps:-

In R we can use the stat_smooth() function to smoothen the visualization.

In order to show regression line on the graphical medium with help of stat_smooth() function, we pass a method as “lm”, the formula used as y ~ x. and geom as ‘smooth’ 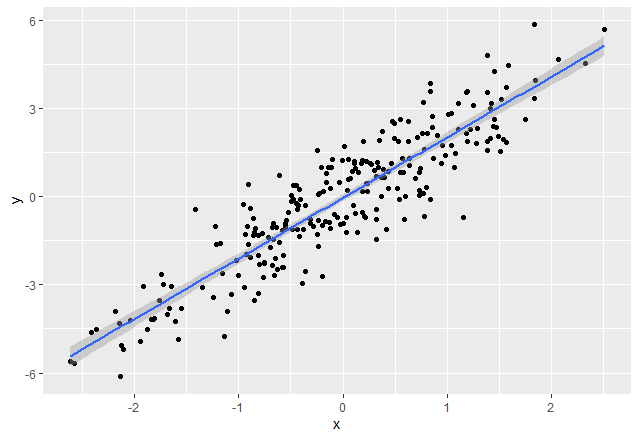 In R we can use the geom_smooth() function to represent a regression line and smoothen the visualization.

In this example, we are using the Boston dataset that contains data on housing prices from a package named MASS. In order to show the regression line on the graphical medium with help of geom_smooth() function, we pass the method as “loess” and the formula used as y ~ x. 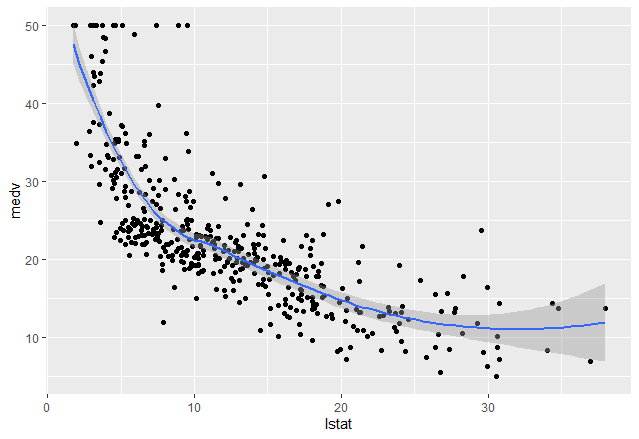 We can create the regression line using geom_abline() function. It uses the coefficient and intercepts which are calculated by applying the linear regression using lm() function.

The intercept and slope can be easily calculated by the lm() function which is used for linear regression followed by coefficients(). 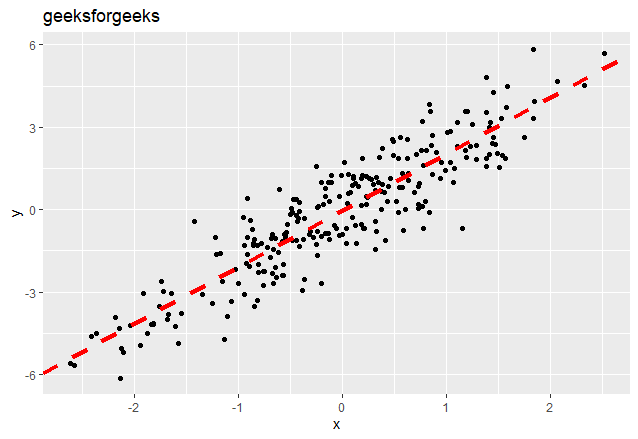