A changing magnetic flux produces a voltage or current in a conductor, which is known as electromagnetic induction. It can happen when a solenoid’s magnetic flux is changed by moving a magnet.

There will be no generated voltage (electrostatic potential difference) across an electrical wire if the magnet is immobile. According to Michael Faraday, if the magnetic field is changing and (maintaining) movement while continually directing in the opposite direction (shifting its direction regularly), it would produce a voltage (thus the flow of alternating current).

A generator is a mechanical device that converts mechanical energy into electrical energy. The electricity generated at various power plants is produced by the generators installed there. When a coil spins in a magnetic field or moves relative to a magnet, it generates an electromotive force (emf) or potential difference. 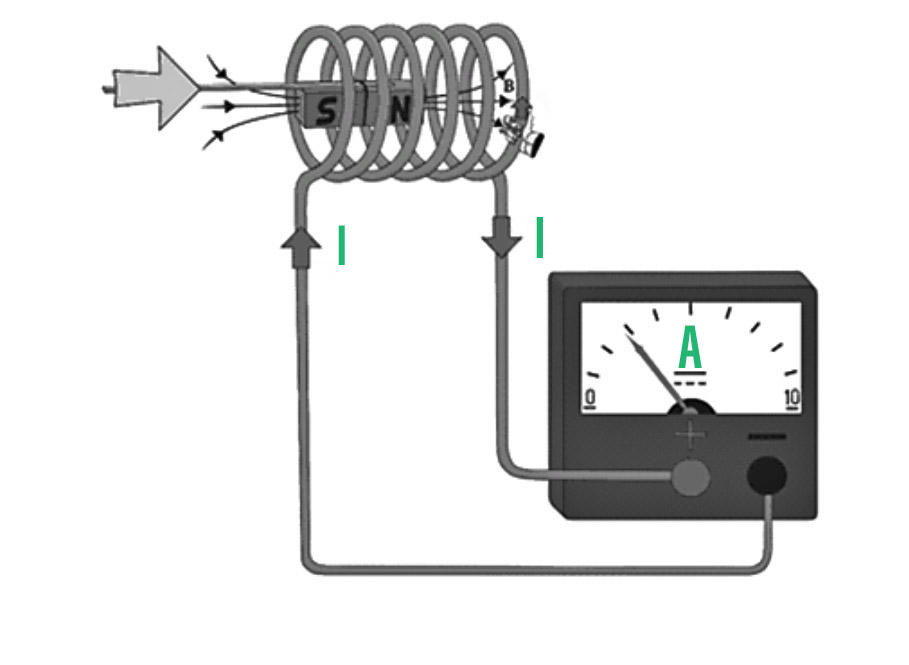 The total number of magnetic field lines passing through a particular region is known as magnetic flux. Moving a coil relative to a magnet alters the magnetic flux associated with the coil, resulting in emf in the coil.

Faraday established two laws that govern electromagnetic induction. These are their names:

There are several approaches for creating emf in a coil, including: 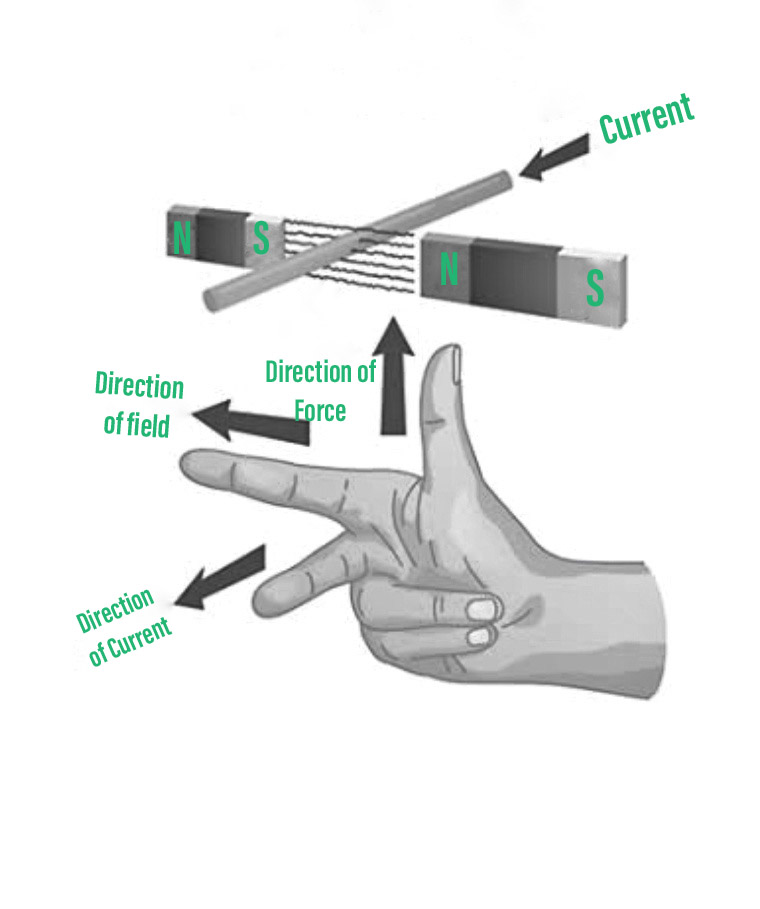 The coil of the electric generator is spun in a magnetic field to generate induced current. The resultant induced current fluctuates in amplitude and direction at a rate of thousands of times per second. Alternating current is the name given to this sort of energy (AC).

AC generators function on Faraday’s law of electromagnetic induction states that electromotive force (EMF or voltage) is created in a current-carrying wire that cuts a uniform magnetic field. Rotating a conducting coil in a static magnetic field or rotating the magnetic field enclosing the stationary conductor can both be used to accomplish this. Because it is easier to extract induced alternating current from a stationary armature coil than from a revolving coil.

The EMF generated is determined by the number of armature coil turns, magnetic field intensity, and rotating field speed. 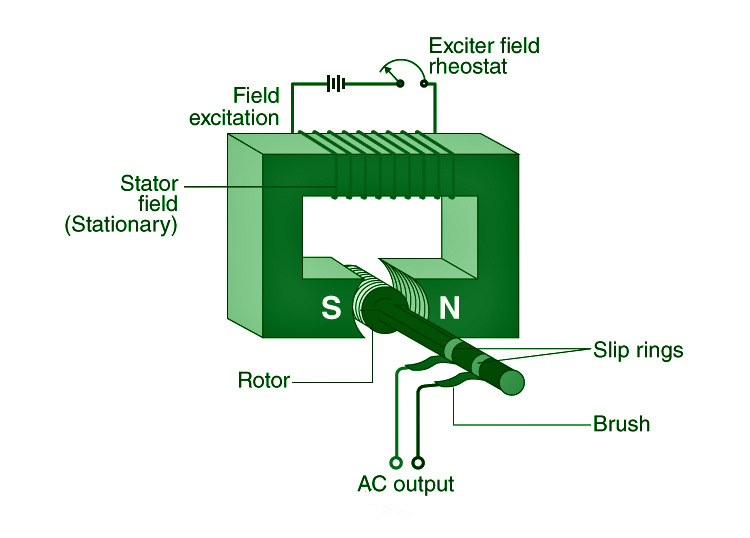 The roles of each of these AC generator components are listed below.

Working of an AC Generator

The flux linkage of the armature varies continually as it revolves between the poles of the magnet on an axis perpendicular to the magnetic field. An electric current travels through the galvanometer, slip rings and brushes as a consequence. The galvanometer changes its value from positive to negative. This implies that the galvanometer is receiving an alternating current. Fleming’s Right-Hand Rule can be used to determine the direction of the induced current.

Direct Current Generator (DC Generator): The current produced by this form of electric generator does not alter direction or amplitude. As a result, the frequency of DC is always zero.

Question 1: What are the advantages of alternating current versus direct current?

The benefits of AC over DC are as follows:

Question 2: What is the operating principle of an electric generator?

The electromagnetic induction principle governs the operation of an electric generator.

Question 3: What is a commutator?

Question 4: What is electromagnetic induction?

The phenomenon of electromagnetic induction occurs when current is generated in a circuit by altering the magnetic flux associated with it.

Question 5: What is an electric generator?

A generator is a machine that transforms mechanical energy into electrical energy.

Question 6: Which rule is used to determine the direction of induced current in an AC generator?

Fleming’s Right Hand Rule is used to determine the direction of current created in an AC generator.