Triangles are three-sided polygon which have three vertices. Basic construction techniques allow us to construct triangles. An important property of the triangle is that sum of internal angles of a triangle is 180°.  SAS, SSS, ASA, and RHS are the rules of congruency of two triangles. A triangle is unique if:

Let’s look at all of these techniques to construct the sides of a triangle.

Construct a triangle, given its base, a base angle, and sum of the other two sides

Our goal is to construct a triangle with given base AB, a base angle ∠B, and the sum of the other two sides AC + BC.

Step 1. Draw line segment AB and at the end of the line segment at point A. Construct an angle ∠MAB which is equal to the given angle. 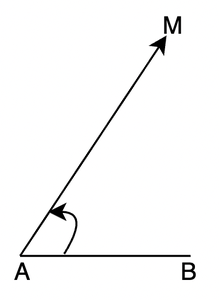 Step 2. Cut the line segment AD equal to AC + BC from ray AM. 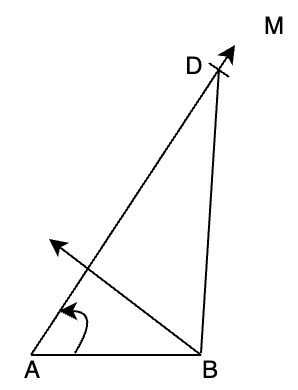 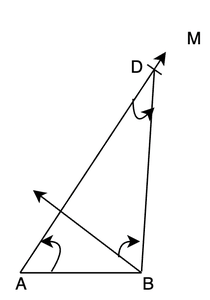 Thus, ABC is a required triangle. In the triangle we can see, Base BC and ∠B are drawn as per the given requirement. In triangle BCD,

Therefore, BC = CD and then, 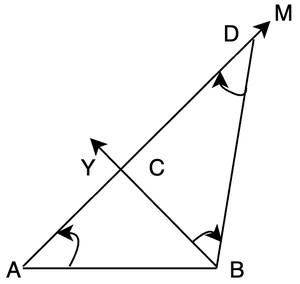 Construction of a Scalene triangle, given its perimeter and two base angles

In this construction, our goal is to construct a triangle given the base angles Q and R and the perimeter(PQ + QR + PR).

Step 1. Draw a line segment XY whose length is equal to the perimeter PQ + QR + PR. 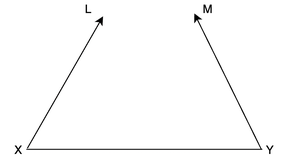 Step 3. Draw bisectors of these angles ∠LXY and ∠MYX. Extend these bisectors to make them intersect at P. 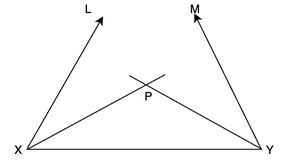 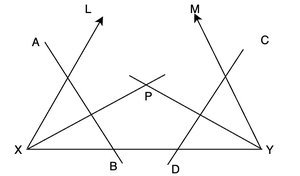 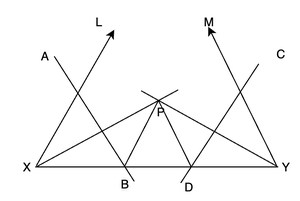 So, PQR is the required triangle. We can verify it in the following way, 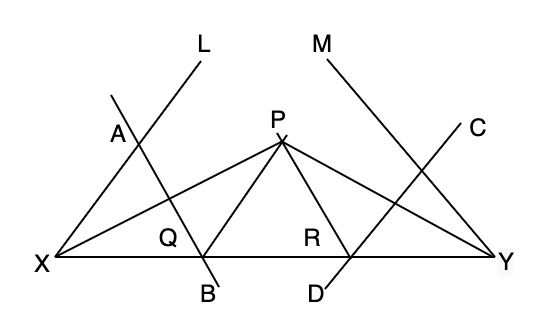 Construct a triangle given its base, a base angle, and the difference of the other two sides

The goal is to construct a triangle ABC when base BC, base angle B, and the difference of the other two sides AB – AC or AC – AB is given. With this description, there are two possible cases:

Let’s look at both of the cases,

Step 1. We need to draw the base first, Draw line segment QR, and at point Q make an angle XQR equal to the given angle. 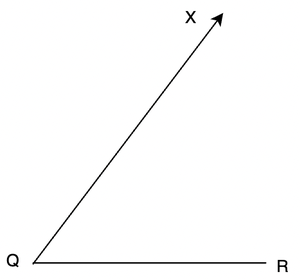 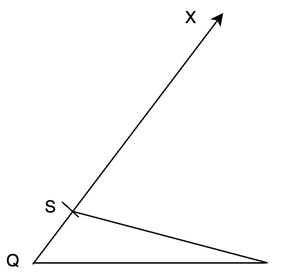 Step 3. Join RS and draw a perpendicular bisector of RS. 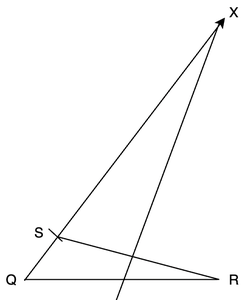 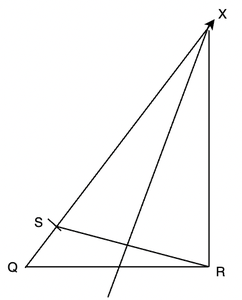 Let’s verify how the triangle obtained is the required triangle ABC.

The base of the triangle, QR, and angle Q are drawn equal to what is given. Notice that point P is lying on the perpendicular bisector of SR. So, 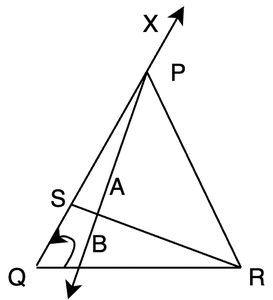 Step 1. This step is similar to the previous case. 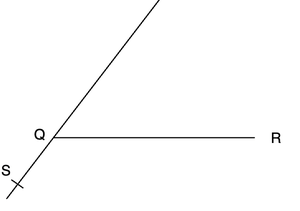 Step 2. Cut a line segment QS whose length is equal to PR – PQ from the line QX extended on the opposite side of line segment QR. 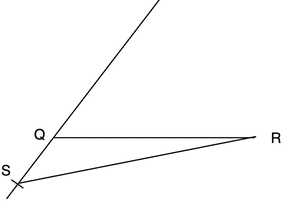 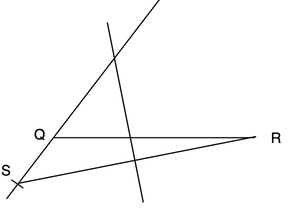 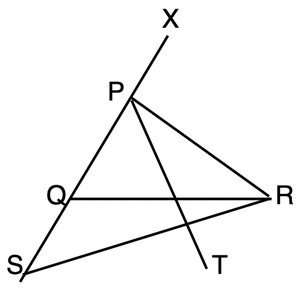 Then, QPR is the required triangle.

The verification of this construction can also be done in the same way as the Case (i).

Step 2. From Y, measure 12cm from a compass and draw an arc.

Step 3. From Z, measure 8cm from a compass and draw another arc.

Step 4. The point where both arcs intersect each other is point X. 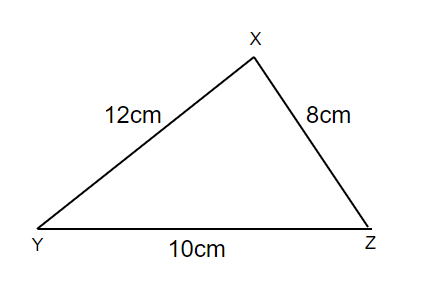 This statement is False, because in triangles sum of two sides is greater than the other side.

So, QR + PR should be greater than PQ. But it is not the case, in fact they are equal. Thus, this statement is False.

Question 3: Which of the following angles can be constructed with the help of a compass.

Step 4. Make angle bisectors of both the angles, the line will meet at C.

Step 5. Draw the perpendicular bisector of line XC and YC

Step 6. The Perpendicular bisectors will meet the line XY at A and B. 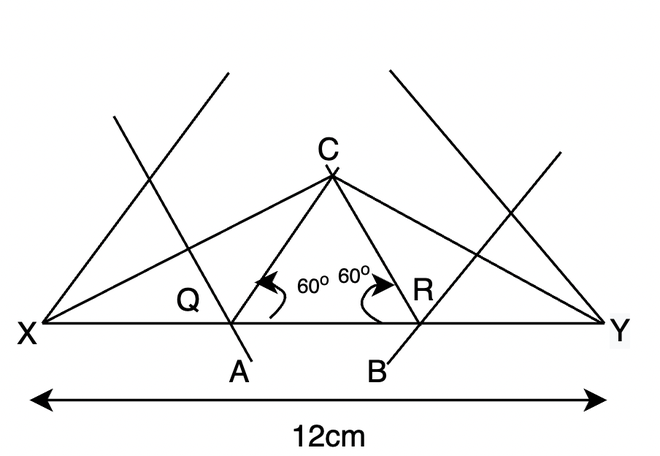 Step 4. The point where both angles’ arcs intersect each other is point R 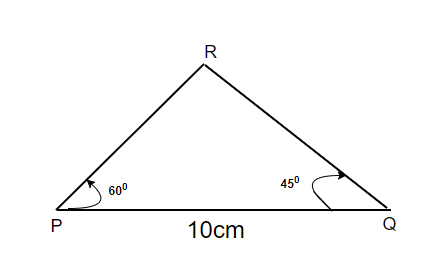