What is Unit Testing and Why Developer Should Learn It ?

Let’s talk about a recipe first… Do you love Omelette? (definitely…it might be your favorite breakfast) Let’s prepare it…so you need some ingredients like… Eggs, Milk, Bacon, cheese, tomato, onion, salt. Few things you may want to verify, inspect, evaluate, and test before preparing the Omelette.

And it goes on….you check, evaluate, verify, taste the ingredients from your end to prepare a perfect recipe of Omelette. When you’re doing this you are testing the individual ingredients, making the observations, and making judgments while being in the process of creating the product but note that you’re testing the components, not the product. If you cook the Omelette without giving attention to the process (and components) and later if you taste the final recipe, you may end up with preparing a bad recipe. The reason could be spoiled milk, dirty bowl, or anything else. This can create a serious health issue. 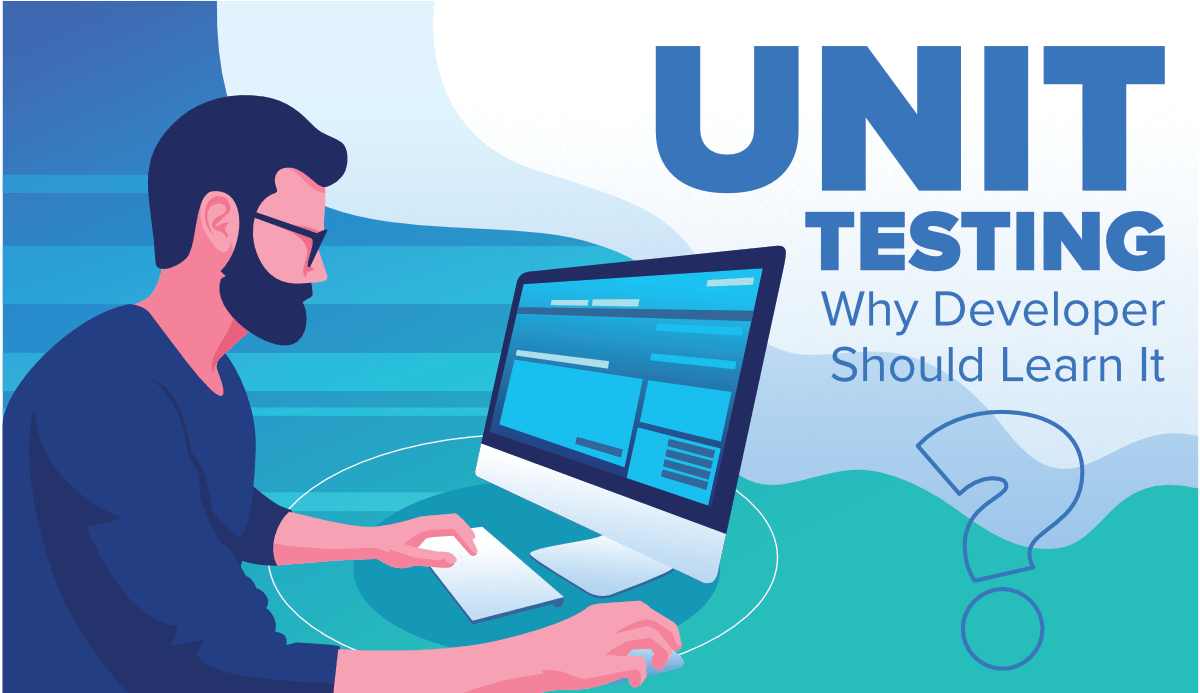 The same thing happens in software development. In unit testing, individual components or each part of the program are tested during the development phase to ensure that they all are working correctly. A lot of developers hate to write the unit test but performing units can detect a lot of issues in the initial phase of the software development process. These issues can be rectified earlier before it becomes more problematic at the production level. Let’s talk about Unit testing in detail and why developers should learn it…

Unit testing is mostly done by the software developers or white box testers. It is the process of segregating each part of the program (unit) and checking whether they are fit for use or not. In other words, it is the practice of writing code to test your code and then run those tests in an automated fashion. But what does the term unit means here?? what unit considers ?? These units are part of software programs like individual function, object, method, procedure, interfaces, or module in the application. It is done before the integration testing. Developers use manual or automated tests to ensure that each unit meets the requirement and working as desired. Developers use drivers, unit testing frameworks, mock objects, and stubs to perform unit testing. Now let’s take a simple example to check what unit testing looks like and how it works… Imagine a developer writes a basic calculate function in his code that takes an input and based on some conditions it returns different values…

A lot of organizations test the functions or code manually. A developer runs the application, he may log in on some pages and after few clicks here and there he is redirected to the page where this function is used. If there is a form then for the different values he may have to fill out a form, submit it, and verify if the function returned the right result or not. This process will be repeated for different values as we have mentioned….isn’t it a time-consuming process?? and what will happen if the application grows and there will be tens or hundreds of functions like this!? Definitely, for larger and complex applications, the time will increase exponentially. So what’s the solution…? You can create a separate project for writing tests. In that project, you can write code and call this function to verify the result for different inputs.

The best thing about the Unit tests is that they are repeatable. You write it once and you can run them a million times. You can write thousands of unit tests for the different parts of your application and you can run all of them in just a few seconds. It also makes the process more agile and speeds up the coding process. In software development, you may have to change the structure or design of your code to add new features to it. Changing the already tested code can be risky and costly. When you do the unit test you just need to test the newly added code instead of the entire program.

Imagine a scenario where you built some features in your application and after some check and manual testing it was deployed. You left your office but somewhere you might have been thinking about the application…what if your code breaks on a production level? what if your code breaks on some silly input?. Even if you think that everything is working you might have got a call from your team leader telling you that one of the major functions of the application is not working? It’s not working for some cases or input and it has some bugs. The unit test becomes a savior in this kind of situation. Developers carried out the Unit test and test the individual code before integration testing. This helps in finding the issue at an early stage of the software development process and it can be resolved there before deploying the application at the production level. The release time of an application is less in test-driven also you will find the number of bugs lesser when unit tests are included in the development process. Detecting errors at an early stage minimizes the development risk and you avoid spending too much money and time.

A lot of bugs in software development occur due to the result of unforeseen edge cases. If you forget to predict a single input then later you may encounter a major bug in your application. When you write unit tests you think about all the edge cases of every function in your application carefully. You give various inputs to the functions and you make sure that it behaves as you expect. Before you write the code you also need to think through design and what it must accomplish. We can say that every smallest functionality of your application matters and this helps in writing cleaner and more maintainable code. A cleaner and maintainable code is always easy to change and easy to understand.

In software development most of the time you need to make changes to your code or you need to refactor the code. In refactoring you change the structure of your code without changing its behavior. When you don’t write the Unit test and you refactor the code, every time you manually test every part of the application that could be affected by your refactoring. This is a time-consuming process and you may also forget about some parts that need to be tested. When you do unit testing, refactoring the code or upgrading the library becomes easier and you make sure your module is still working and it didn’t break anything accidentally that used to work previously. The unit test allows you to change the code quickly without worrying about affecting the rest of the system since the test proves the behavior is the same. Also when each function is unit tested and verified properly integration testing becomes easier at the next stage. It only requires integrating all the functions to fulfil the customer’s needs and it becomes easier to rectify the issue if in case any error occurs.

The longer a bug lives, the more expensive it is to fix it. Remember that every line of code you write without tests will have significantly greater costs to adding tests later than if you had written the tests before writing the code. In fact, in a study, it has been proved that these bugs and their solutions incur different costs. A customer always wants to get their job done at minimum cost and in minimum time. When you write a unit test, you find the bug at an early stage and you resolve it right there but if software without unit test will fail at production level or a later stage then developers not just have to put more efforts in finding the bugs but also it will be costly for them in terms of money and time to rectify the issue. They may have to modify the entire code of the project and that’s tiring and waste of money. It can be costly for the customer as well and none of the organizations wants to disappoint their customer and create a bad impression. So doing the unit tests is a cost-efficient and win-win situation for both developers and customers.