What is Message Oriented Middleware (MOM)?

The full form of MOM is Message-Oriented Middleware which is an infrastructure that allows communication and exchanges the data (messages). It involves the passing of data between applications using a communication channel that carries self-contained units of information (messages).In a MOM-based communication environment, messages are sent and received asynchronously.

Queues act as a central component for implementing asynchronous interaction within MOM. 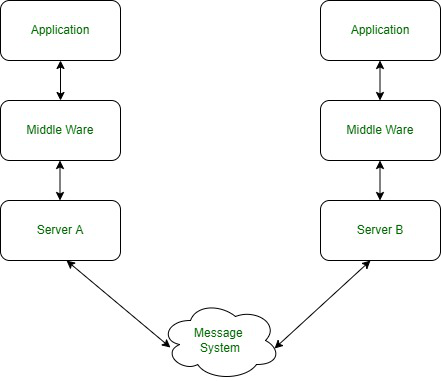 Structure and working of the Message Queue in MOM:

MOM enables communication between distributed components. Middleware makes programming easier in a distributed environment. It acts like an Operating System (OS) for distributed computing architecture and provides transparency for the applications.

A message-oriented middleware acts as a middleware for different applications for example: 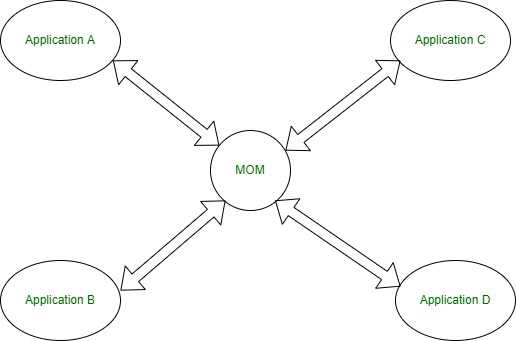 The above diagram is a message-oriented middleware-based distributed system deployment that offers a service-based approach to inter-process communication. The messaging of MOM is the same as the postal service.

The Architecture of Message Oriented Middleware: 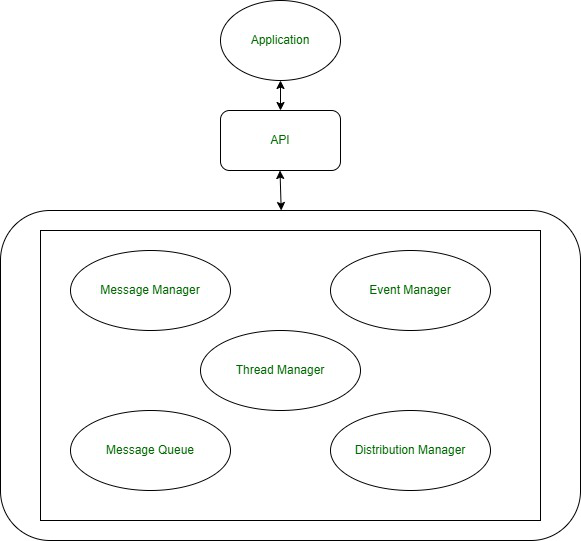 MQTT(Message Queuing for Telemetry Transport): Most MQ systems and protocols are aimed at backed and enterprise applications and these types of technologies are not suited for constrained devices like sensor nodes. Such devices are typically constrained in terms of memory, bandwidth, and power.

MQTT is a message-oriented protocol aimed at applications like wireless sensor networks, M2M(mobile 2 mobile) and ultimately the internet of things(a large number of nodes and applications loosely through a messaging system).