c-GAN can be understood as a GAN with some conditional parameters. We consider the original GAN framework and add prior information in the form of a class label. In c-GAN, an additional parameter ‘y’ is added to the Generator for generating the corresponding data. Labels are also put into the input to the Discriminator in order for the Discriminator to help distinguish the real data from the fake generated data. 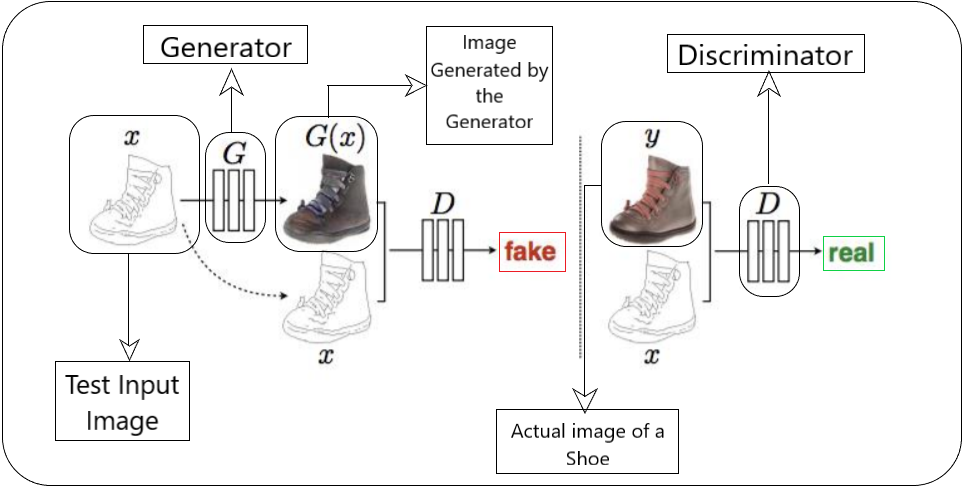 Looking at it intuitively, the Generator and Discriminator are two neural networks. The objective is to make the Generator generate images that are similar to the input images. 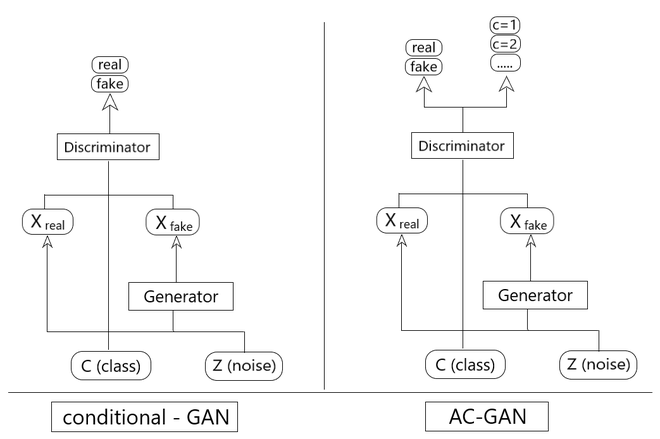 The auxiliary classifier GAN is simply an extension of class-conditional GAN that requires that the discriminator to not only predict if the image is ‘real’ or ‘fake’ but also has to provide the ‘source’ or the ‘class label’ of the given image.

For example, if the Generator generates the image of a shoe, the model has to predict if its a real image or fake as well as predict the ‘class labels’ of the real and generated images.

Generator: It takes random points from a latent space as input and generates images.
Discriminator: It classifies images as either real (from the dataset) or fake (generated) as well as predict the class label.

In AC-GAN, the training of the basic GAN model has been improved.

The discriminator here is provided with both an image and the class label. So now, it has to classify whether the image is real or fake (same as before) and it also has to predict the class label of the image.

The main objective for training the models is such that

The additional information provided, aids in better training of the model and generates much better output compared to the previous model.

In the earlier models, it was observed that increasing the number of classes while using the same model decreased the quality of the outputs generated by the model. But here, the AC-GAN model allows separation of large datasets into subsets (class-wise) and training the generator and discriminator models for each subset individually.

Structurally, this model is very similar to the existing GAN models. However, the changes done above to the base GAN model tends to give excellent results as well as stabilize the training process.