Prerequisite – Switch
The switch is a layer 2 device that works on the basis of the MAC address (physical address) of a device. Switch mainly performs these functions:

Note – An entry in the switch MAC table, also known as CAM (Content Addressable Memory), can remain up to 300 seconds. When a frame is received for a destination MAC address, the time limit of 300 seconds gets reset. MAC table has 4 entries:

How does switch learn the Mac address?
The switch will update its MAC table only when it receives any frame from the host. If there is no entry for the destination host then switch will first learn the Mac address of the source host and then flood the frame through all its ports except the port on which the frame is received but if there is an entry for the destination host in Mac table of the switch then it will be unicast. 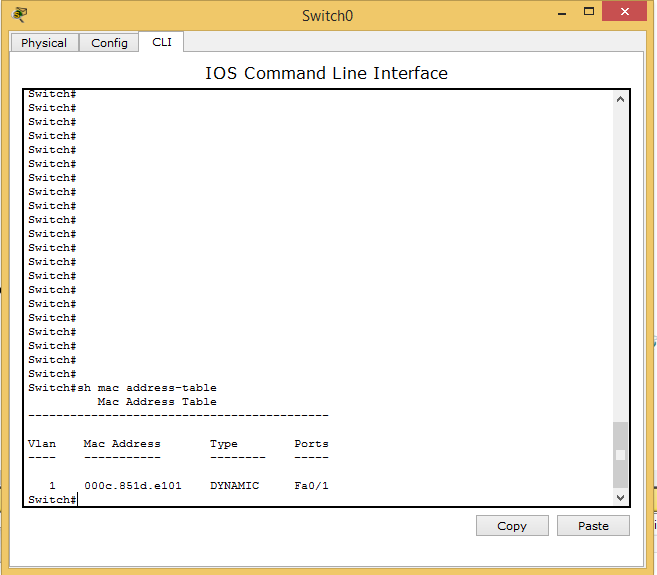 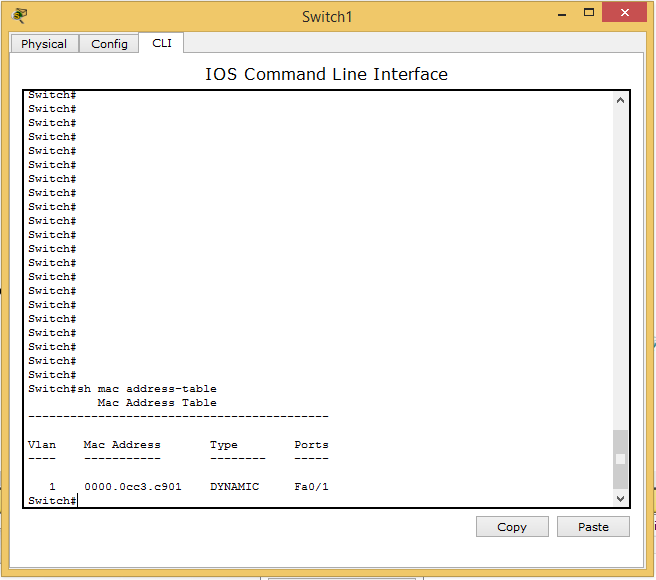 As soon as the user tries to ping host C, he sees that 2 packets are generated: one of ICMP and the other of ARP. 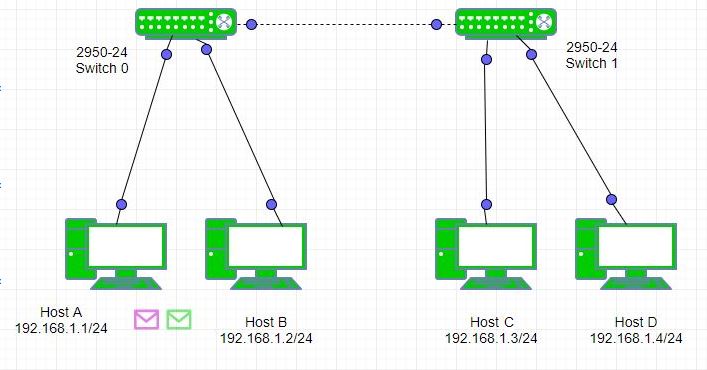 First, ARP will be resolved i.e ARP request is broadcast in the network by host A. 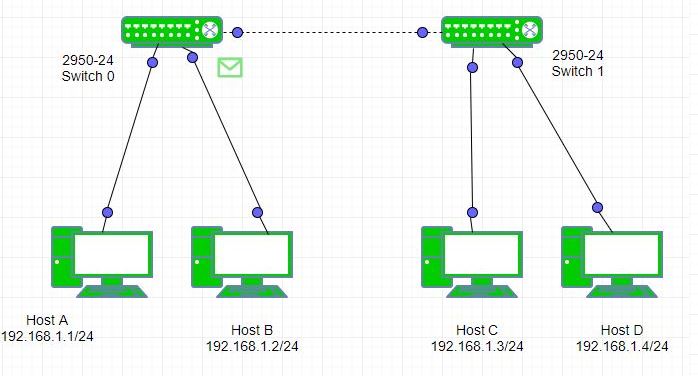 The switch0 receives the broadcast ARP request and will update its MAC table. 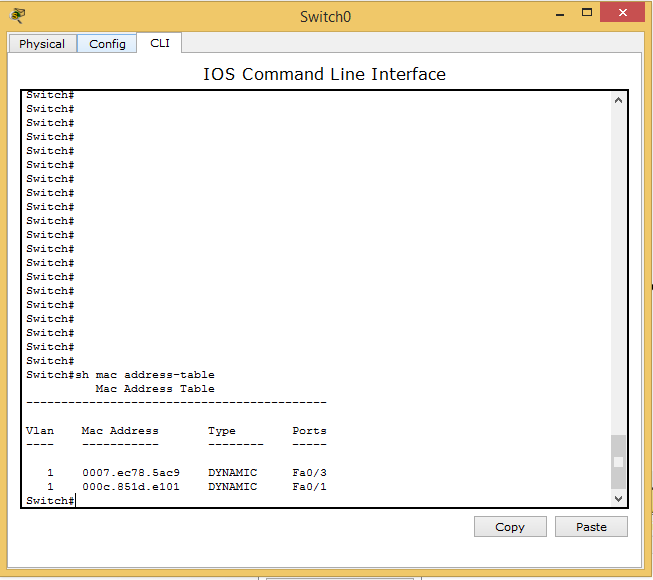 Note – The switch0 already has an entry for Switch1. The switch0 broadcasts the frame in return to switch1 and the PC. Host B will discard the frame as it is not destined for it. 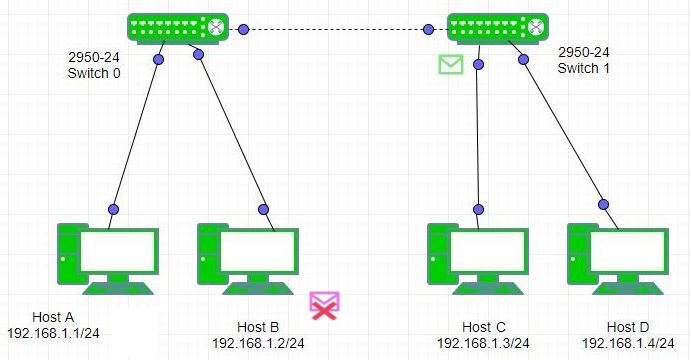 Now, switch1 will receive the frame and will first update its MAC table. 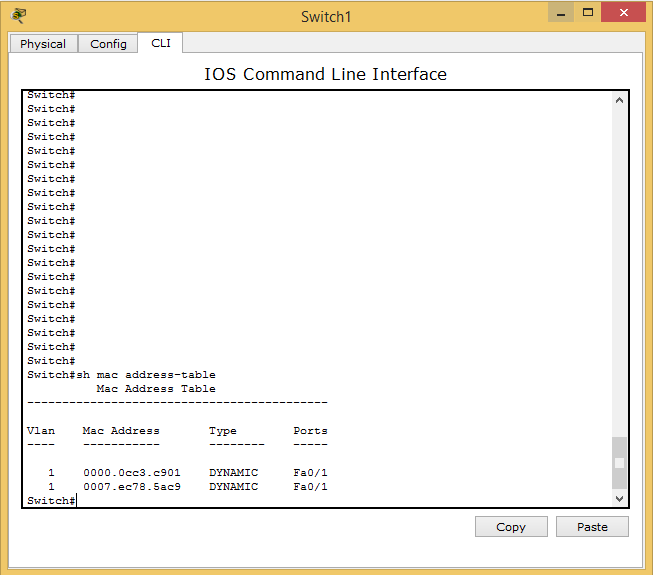 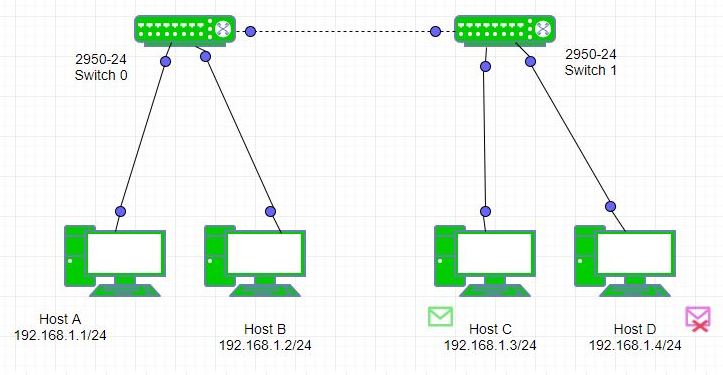 Host C will generate an ARP reply which is unicast to the switch. The switch1 will update its MAC table putting an entry for host C. 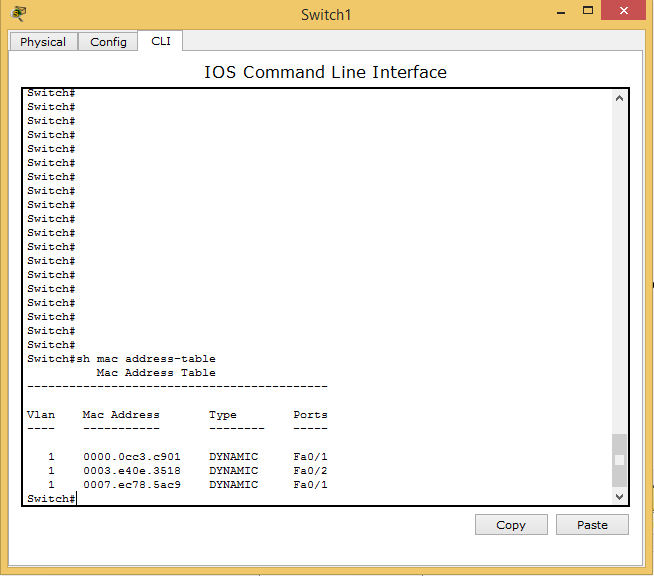 Both the switch(switch0 and switch1) will unicast this ARP reply to host A this time because this time switches have already learned the MAC address of host A. 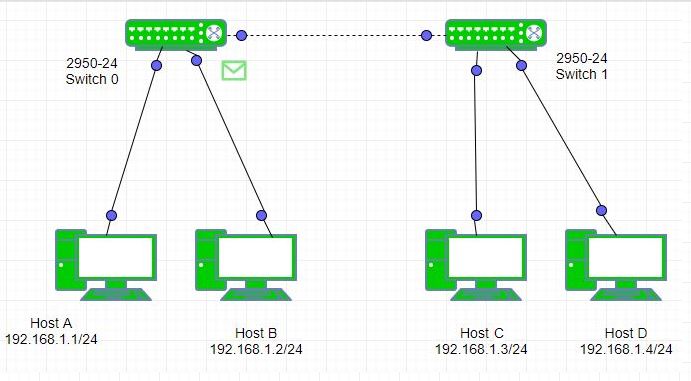 The frame is successfully delivered to host A resolving the ARP. 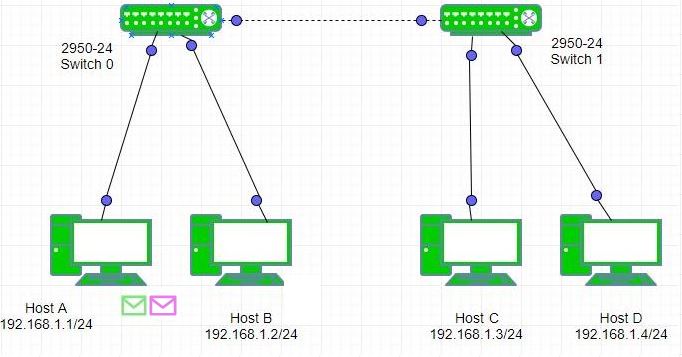 Now the ICMP echo request is unicast to host C. 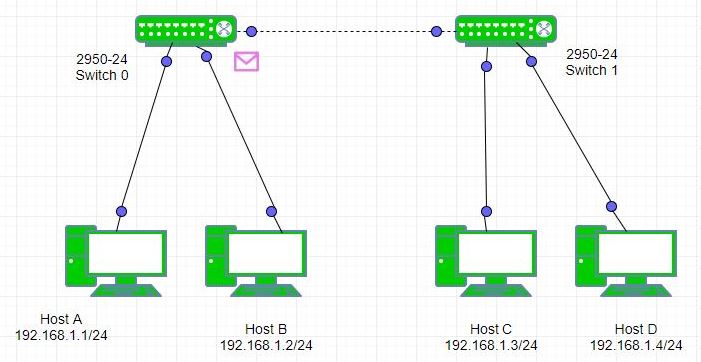 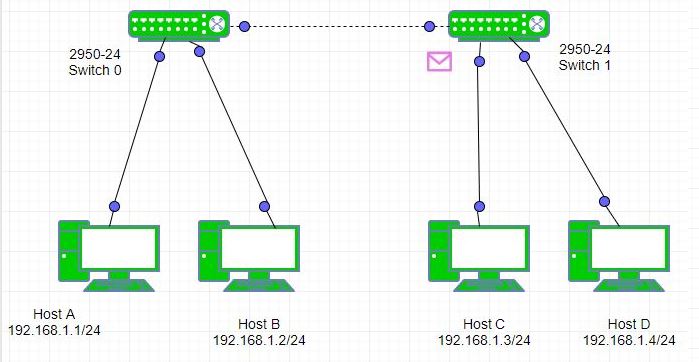 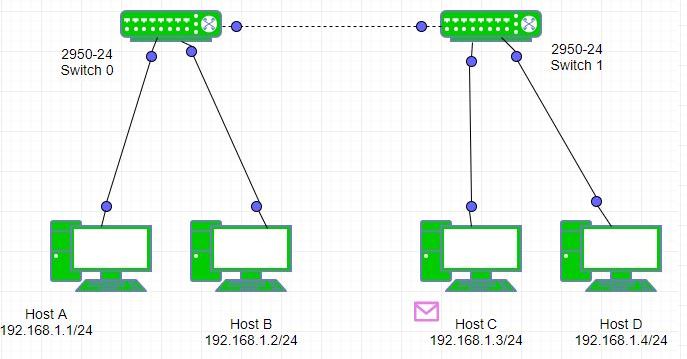 The ICMP echo reply is unicast to host A. 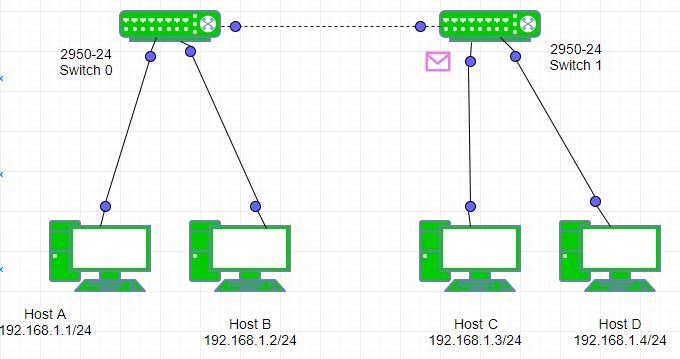 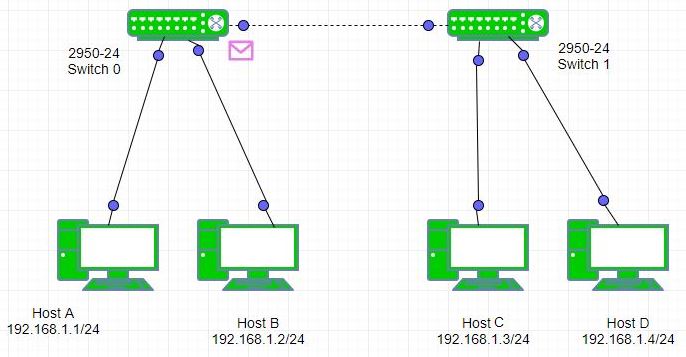 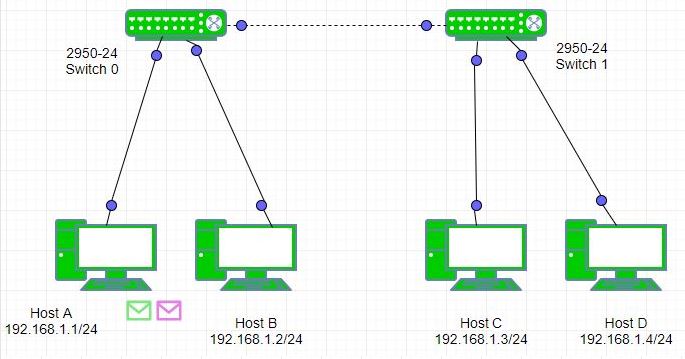