Selecting Multiple Columns Based On Condition in SQL

In the real world scenario where we have to select the only columns from a given table, now that columns selected can be single or multiple as per requirement. For Example: Write a query that gave the names of EMPLOYEE in an organization, so here we have to pick out only the name column from that particular EMPLOYEE table. Similarly, another example of multiple columns can be: Write a query which gave the names and salary of all employees working in an organization. So here we have to select 2 columns of name and salary.

The examples above make us understand that selection of columns is very important while learning SQL. First, we will learn how to select a single column from a table then we will move towards multiple columns.

first, we create our database to execute the select queries

Use the below SQL query to create a database called geeks:

Step 4: Adding data to the table

In SQL, selecting any column is one of the easiest things as you have to type only the SELECT command and after that, the column name and the output will be the desired column.

To make it more clear let’s take a general example of the EMPLOYEE table, which we have created above. Now, we have to select the column First_Name from the given table. 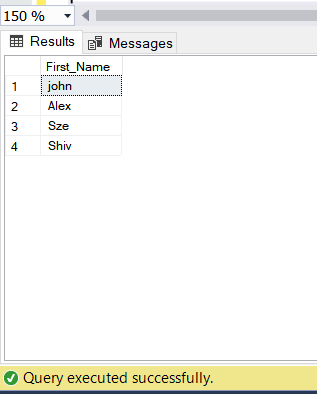 Case 2: Selecting  a single column  based on conditions

Now, we see how we have to fetch out the first name of those employees whose salary is 10,000. From the table, it is quite clear that our desired output should be: John and Sze. To solve such queries we have to simply put a WHERE clause in our code along with the condition, as shown in the below query: 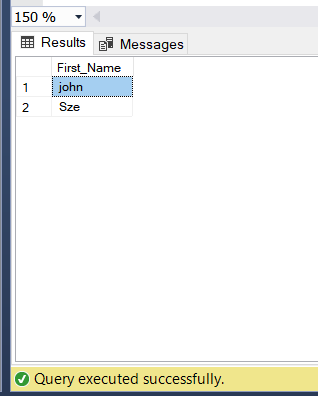 Selecting multiple columns in SQL with or without any condition is as simple as selecting a single column and not only simple but also the same as that. Taking our previous example further, this time we have to write a query to get a first name as well as last name from the employee table which means that we have to fetch 2 columns, the solution is very simple, we have to write all those columns names with SELECT clause which we want to fetch (In our case its first name and last name) and then table name. The syntax for which is shown below

In our example, the code will be as follows 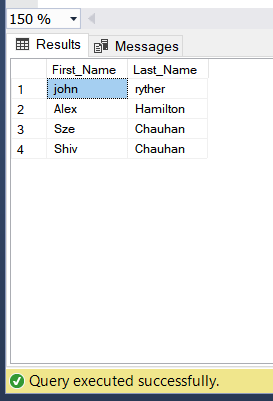 For example: Write a query in SQL to select a first name and last name of an employee who has either salary of 10000 or has the last name of Chauhan.

For this query, there are three things

And, hence our query has been solved, now we have to just put the above things in proper format as shown 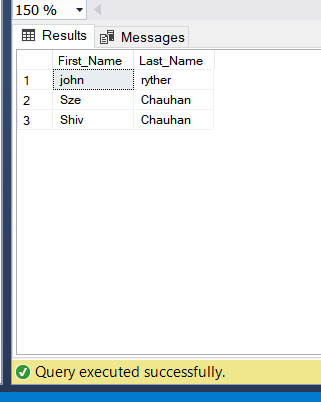 We can match from the table that the employees which have a salary of 10000 are john and sze and the employees who have the last name Chauhan are sze and shiv and that’s what our desired result is.

My Personal Notes arrow_drop_up
Previous
Microsoft Azure - Resize a Azure Virtual Machine for Windows or Linux Servers
Next
Is 7.2 a rational number?
Recommended Articles
Page :
Removing Duplicate Rows (Based on Values from Multiple Columns) From SQL Table
25, Nov 21
Selecting only numeric or string columns names from PySpark DataFrame
27, Apr 21
Remove duplicate rows based on multiple columns using Dplyr in R
27, Jul 21
How to Merge DataFrames Based on Multiple Columns in R?
24, Nov 21
Split dataframe in Pandas based on values in multiple columns
16, Dec 21
Selecting rows in pandas DataFrame based on conditions
02, Jan 19
How to Update Multiple Columns in Single Update Statement in SQL?
26, Oct 21
How to Perform SQL Join on Multiple Columns in Same Table?
11, Nov 21
How to Alter Multiple Columns at Once in SQL Server?
13, Nov 21
How to Find Duplicates Values Across Multiple Columns in SQL?
16, Nov 21
SQL Query to Convert Rows to Columns in SQL Server
13, Dec 21
Insert multiple values into multiple tables using a single statement in SQL Server
10, Apr 21
Filter DataFrame columns in R by given condition
21, May 21
Select Columns that Satisfy a Condition in PySpark
27, Jun 21
SQL - SELECT from Multiple Tables with MS SQL Server
11, Jun 21
Difference between Structured Query Language (SQL) and Transact-SQL (T-SQL)
22, Aug 19
Difference Between java.sql.Time, java.sql.Timestamp and java.sql.Date in Java
07, Apr 21
Configure SQL Jobs in SQL Server using T-SQL
01, Apr 21
How to filter two-dimensional NumPy array based on condition ?
01, Apr 21
Count rows based on condition in Pyspark Dataframe
27, Jun 21
How to Replace Values in Column Based on Condition in Pandas?
25, Nov 21
SQL SERVER | IN Condition
23, May 18
SQL Query to Return Rows Matching a Certain Condition
10, Nov 21
How to add a column based on other columns in R DataFrame ?
27, Apr 21
Article Contributed By :

Complete Interview Preparation
View Details
System Design-Live Classes for Working Professionals
View Details
Data Structures & Algorithms- Self Paced Course
View Details
Most popular in SQL
More related articles in SQL
We use cookies to ensure you have the best browsing experience on our website. By using our site, you acknowledge that you have read and understood our Cookie Policy & Privacy Policy