We are going to a utility called cron to schedule the python script. Cron is driven by crontab which is also referred to as timetable because the word cron is derived from the Greek word Chronos which means time and tab is simply table.

In Crontab there are six fields. The first five are reserved for the date and time of scheduled execution, and the last field is reserved for a command to be executed.

Here is the python script that we are going to schedule:

Now following are the steps we need to be followed to schedule python scripts in Linux:

Step 2: Open up the crontab to create a configuration file for scheduling the python script.

Step 3: Run the following command in the terminal to open up the crontab configuration file.

This should open up an editor to edit the configuration file and the output should look like this: 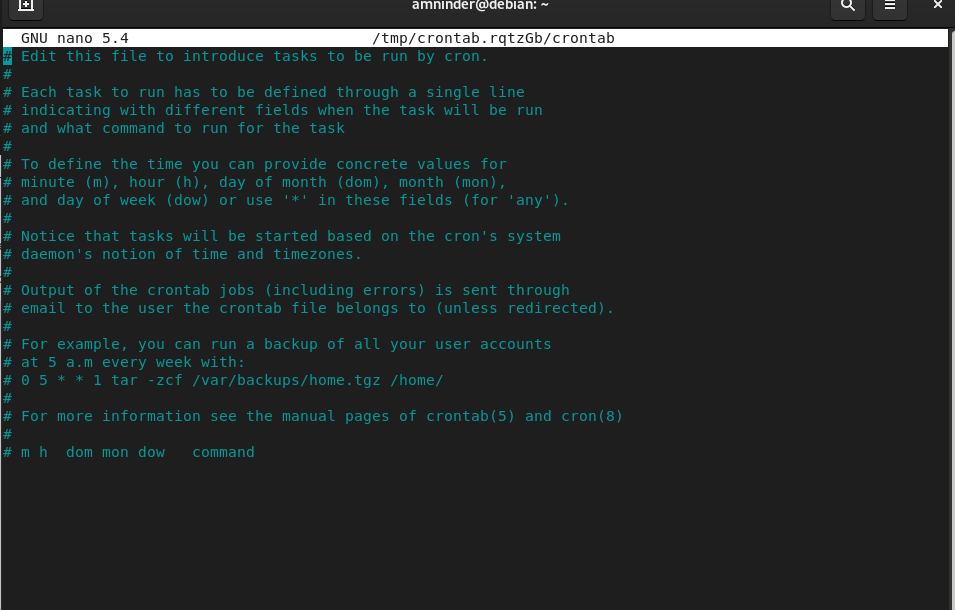 Step 4: Scroll to the end of the file and write down the timing and the command to be executed.

To check logs to see if It’s working or not run the following command:

To remove the job from the crontab, run this command.

crontab -r : This will delete the current cron jobs.