DataFrame is a kind of Data Structure that holds the array of data in a tabular arrangement. We are familiar with the data frame objects and packages in python, which includes pandas, matplotlib so on, and so forth.
Exactly with the equivalent approach in Julia, we use pandas.jl which operates as an enclosed function. We also have the default packages in Julia which are indeed used as dataframes i.e, Query.jl, DataFramesMeta.jl

Building a Dataframe in Julia

As we know the data frames are used to represent the tabular structure and store values in the columns. Each column consists of user-defined keyword arguments. Let us now start by building a basic dataframe in Julia. 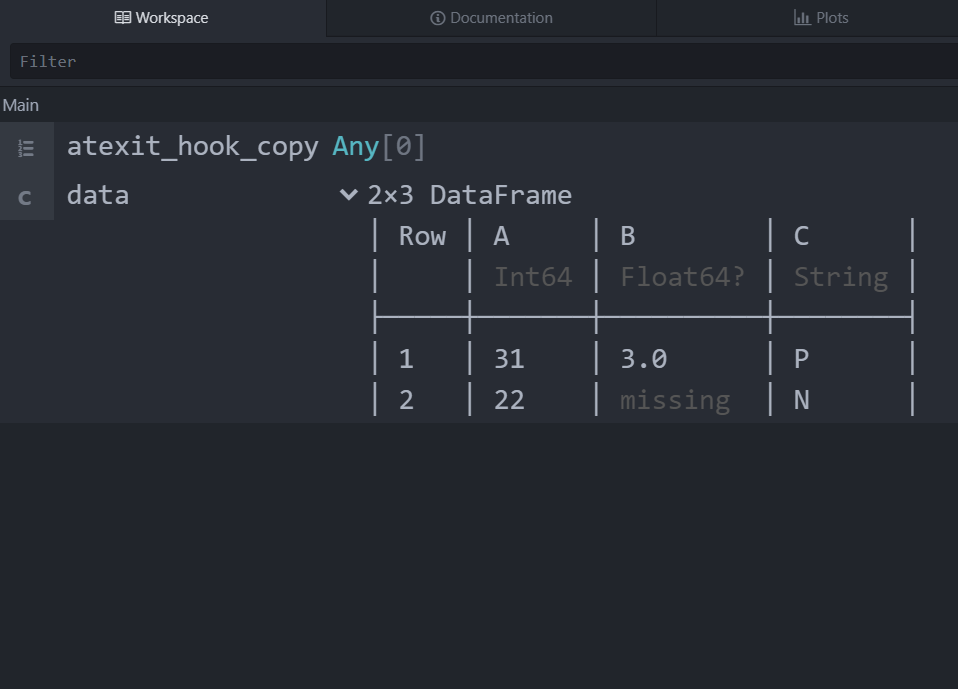 Now that we have created a DataFrame of order 2×3 which is stored in a variable called “data” and we can also perceive that the data is stored in a tabular composition. Let us understand the structured data inside the DataFrame.

Here columns A, B, and C act as keywords.

Now let us comprehend some of the operations in Julia.

Here, another Dataframe is created and stored inside a variable “data2”. 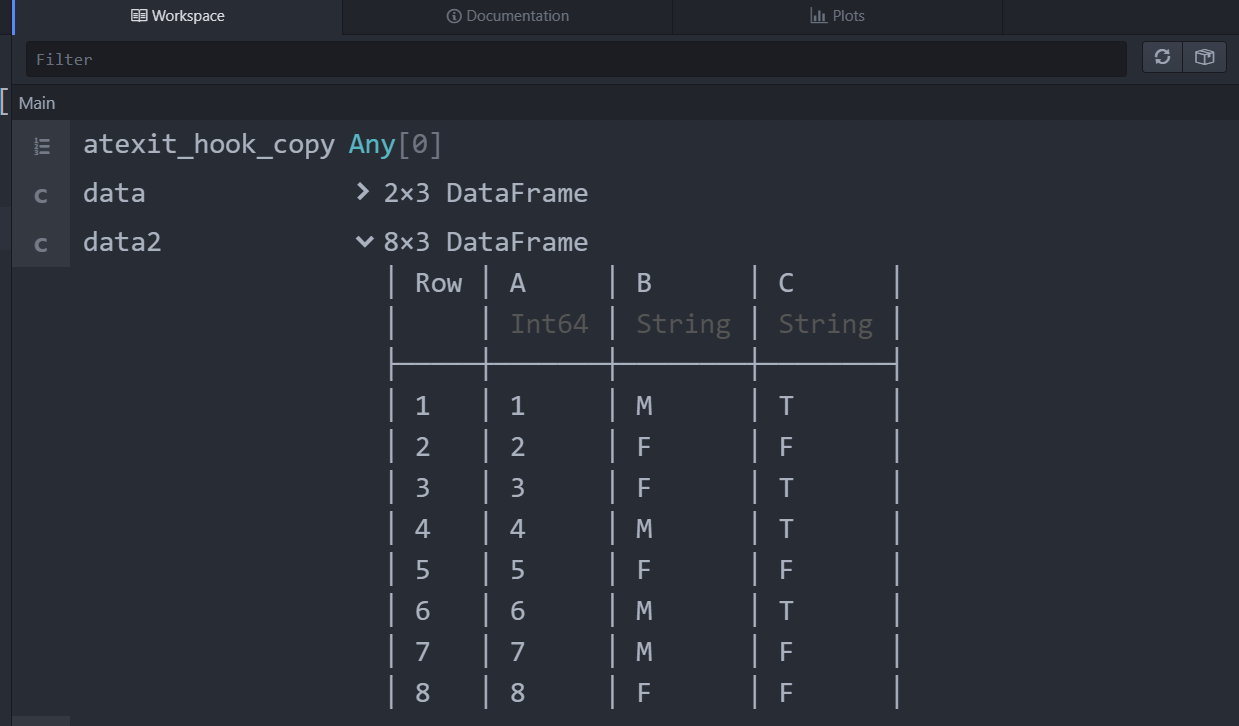 This operation demonstrates the head part of the DataFrame

For the above DataFrame created, we have performed the head operation. It displays the topmost values in the dataframe.
Output:

This operation displays the tail part of the DataFrame.

For the above DataFrame created we have performed the tail operation. It displays the bottom-most values in the data frame.
Output:

The above code represents the row and column operations.

Reshaping a DataFrame in Julia

Reshaping Dataframe includes the stack function. The data is manipulated and retrieved in a more precise form. 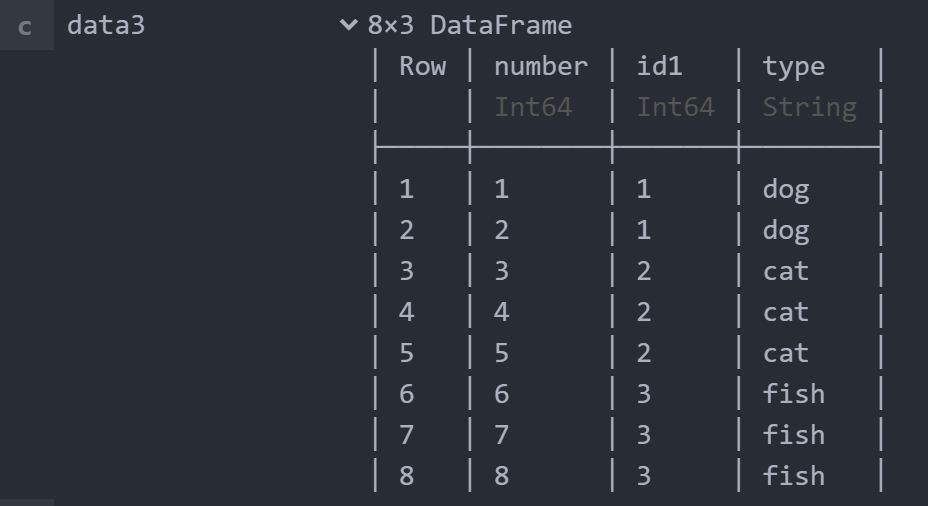 Let us look at the reshaping property using the DataFrame declared above by using the “stack” function. 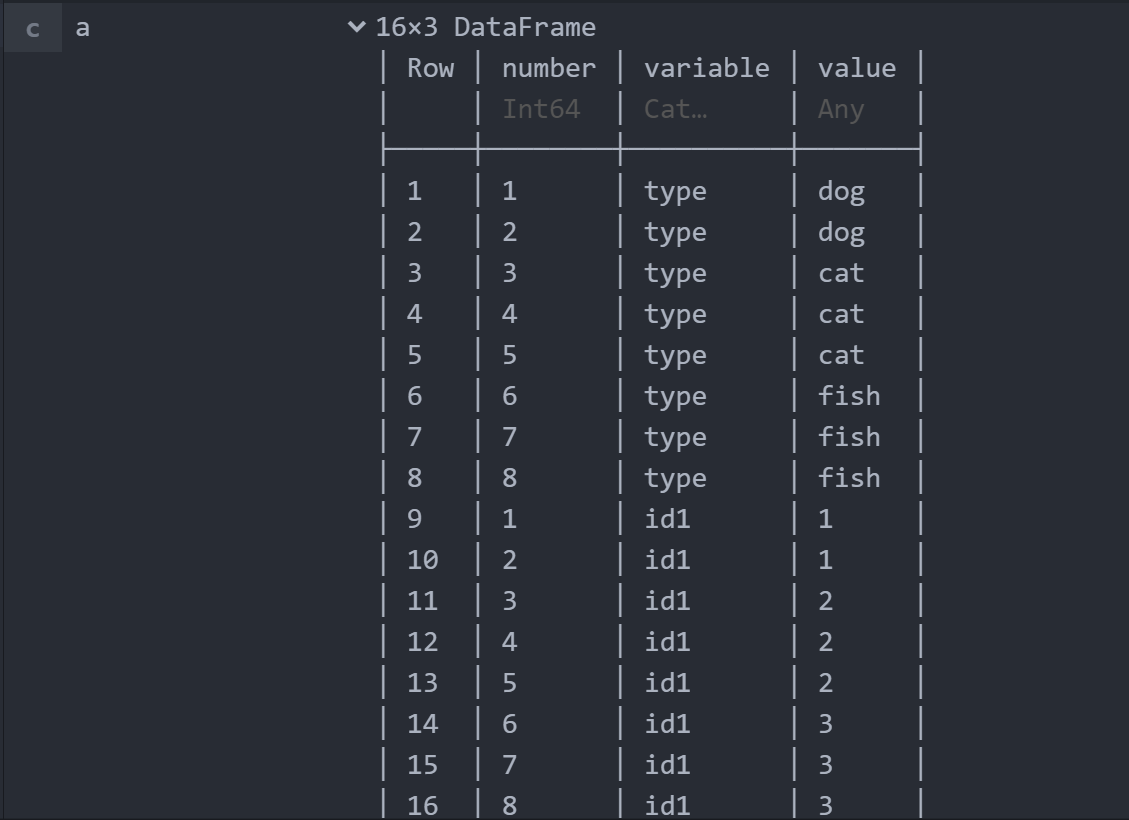 By comparing two of the above pictures, we come to the conclusion:

Deleting Rows from a Data Frame

To delete rows in Julia we use a function named deleterows!(). It takes data frame name and row indices as arguments.

Momentarily, we ultimately discovered what DataFrames really are in Julia and got to know all the procedures and done manipulating the data. In this article, we sophisticated mainly about reshaping the Data and the delete operation.