Relation between Preemptive Priority and Round Robin Scheduling Algorithm 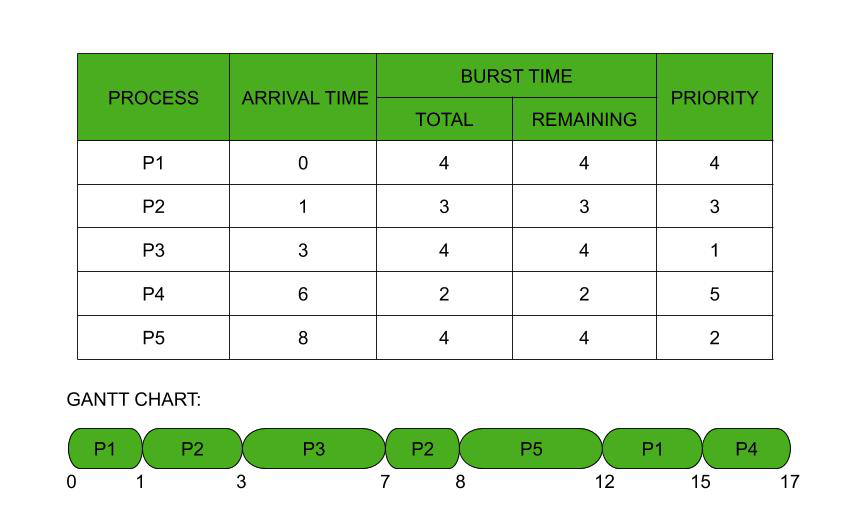 As higher priority processes keep on adding, prior processes get preempted and get the CPU later on. 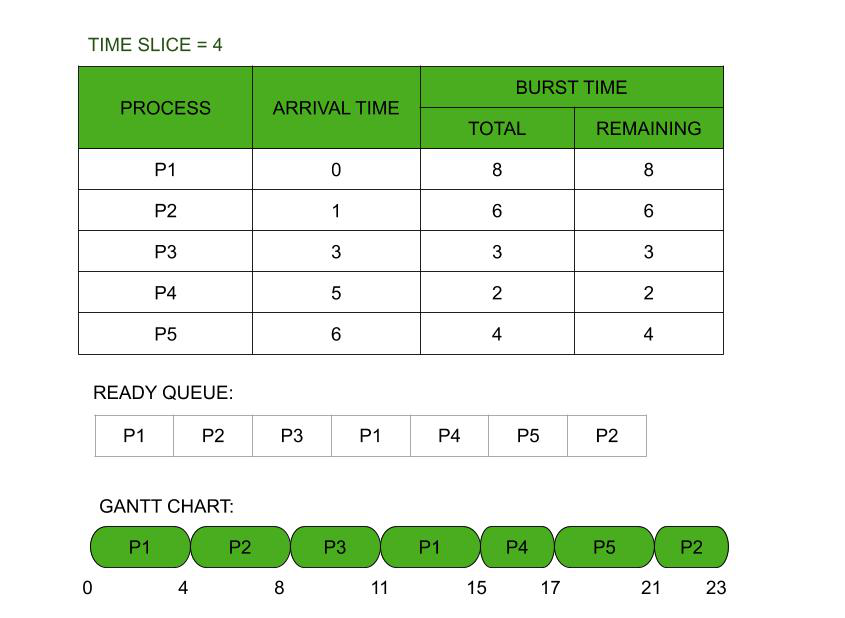 Round Robin Scheduling Algorithm with time slice = 4 at time = 0

In Round Robin Scheduling Algorithm, when a process is already in the CPU being executed it has a limited time quantum which it gets to execute within but if it cannot complete itself then it gets preempted. So as the time quantum progresses the chances of the process being preempted increases.

Note –
On the other hand, the preemptive priority scheduling algorithm does not behave like the RR algorithm under any condition.