Turtle is a Python feature like a drawing board, which let us command a turtle to draw all over it! We can use many turtle functions which can move the turtle around. Turtle comes into the turtle library. The turtle module can be used in both object-oriented and procedure-oriented ways.

Some commonly used methods are: 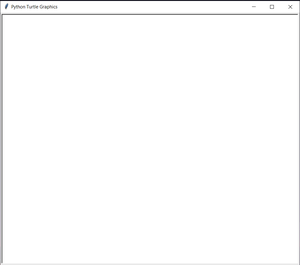 Below is the python implementation of the above approach.