Introduction: Domain Term Detection and Hierarchical Concept Creation in which given set of documents, main aims is to identify domain-specific term which mean that from given large set articles, tried to extract the domain for each article, and also created hierarchical representation of concept and further cluster documents under those concept. Through this anyone can search like if searched found to be domain as Economy from article then It will have Economy as parent node and under economy it can have its child and then so on, means If searched keyword is Economy then which is important keyword then related word for Economy like inflation, goods which all comes under Economy as if it follows the parent-child relation. 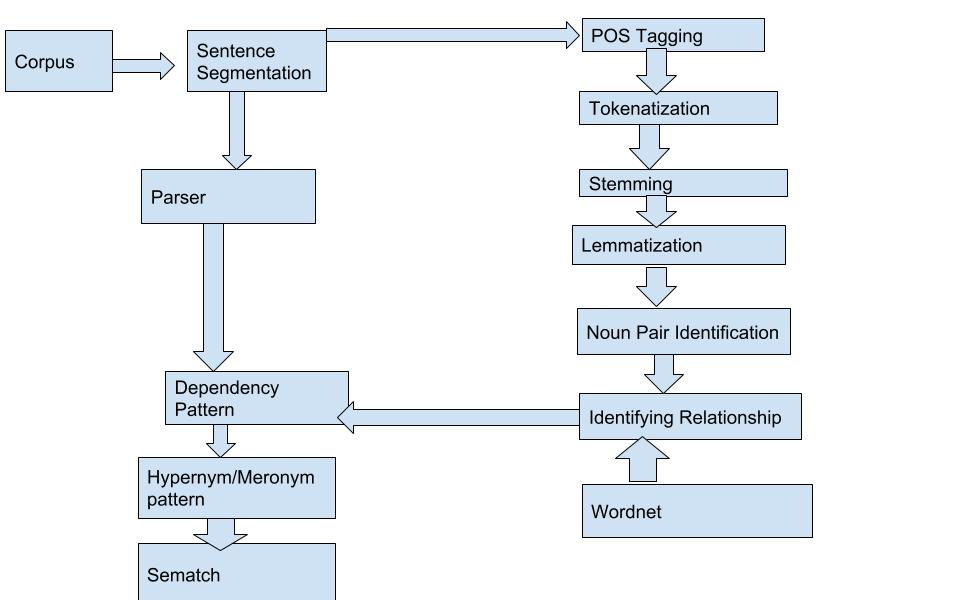 Working.
Applied NLP (Natural Languages Processing ) for this project First of all collected all the articles of newspaper from online and then applied various algorithm because as it is known that all the text taken is basically unstructured and known that it won’t fit into a model of unstructured text so for that applied various algorithm to make structured. As we know that if anyone tries to find in google like Economy the from that related keyword also appears, basically which follow the parent-child relationship in the top to downward hierarchy. So the user can easily know that if the searched keyword is Economy the user can identical meaning of words in a tree manner which is quite efficient. The user can easily detect the main important keyword from a given set of text. A user can easily find out the part of speech(pos) from given get of the word only the will provide the sentence and the user will get the pos automatically. A user can easily see the cluster of the same kind of word. A user can store the information on the SPARQL database.

Important Point What I found after recursive approach.
After reading many about Wordnet I noticed the most important point that Wordnet is limited in scope and also time-consuming. WordNet has no concept of probability. WordNet stores a list of its relations to other words but does not store the probability of the occurrence of that relationship in normal usage.

Note: This project idea is contributed by Shwetabh Shekhar for ProGeek Cup 2.0- A project competition by GeeksforGeeks.