Unlike normal regression problems where errors are measured vertically with respect to the fitted line, orthogonal distance regression involves in calculating the orthogonal distance of the points with respect to the fitted line, this allows taking into account the errors in measurements for both independent and dependent variables along the x and y-axis, as shown in the figure. This way of calculating the perpendicular distance adds more robustness to the model. Orthogonal Distance regression minimizes the sum of squared perpendicular distances, unlike the sum of least squared distances. 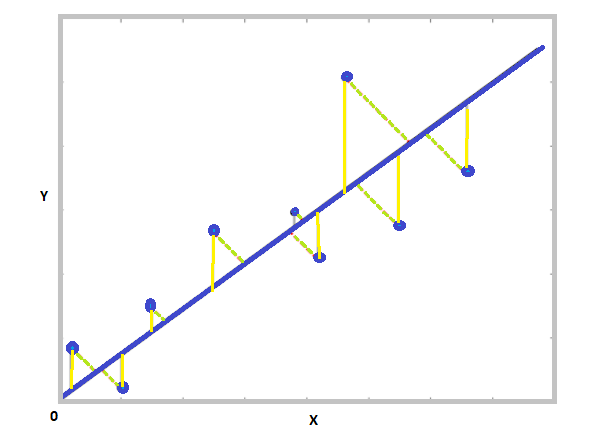 Here, ε, μ are errors in the measure value σ denotes the variance of errors.

The orthogonal distance regression is implemented using ODRPACK which is a FORTRAN – 77 based library. The scipy.odr package provides an OOPS interface to ODRPACK.

The odr algorithm will return the beta value, std error, and covariance of beta values which can be used to fit the regression line.