The derivation of these five metrices are used for the version control data. The Metadata which is obtained from these modern code repositories helps to provide real-time insights into engineering work patterns and  also to the health of your team.

1. Lead Time :
Lead Time is the time between the beginning of the development of the project until it is delivered to the customer or completed. The history of any lead time will surely help the developers when an item will be ready with a high degree of accuracy. The data of lead time is also useful in case if your development team doesn’t routinely provide estimates, because the predictions for the delivery of project to customer also based on the lead times of similar projects. 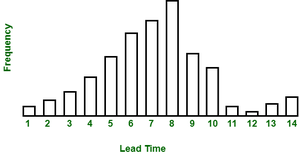 2. Code Churn :
Code Churn is the percentage of a developer’s own code representing an edit to their own recent work. Basically it is the lines of code that need to be modified, added and deleted during the short period of time such as few weeks. The main objective of this is to help the software managers and the other project stakeholders to control the development process of the project, specially considering its quality.

3. Impact :
Impact can be defined as; it is the effect that produce due to the change of code within a project, and also it is a way to consider the cognitive load that is on the developer who implemented change to code. The more difficult change set to project will produce the high impact score.

The impact of a change set depends on a variety of factors as follows : 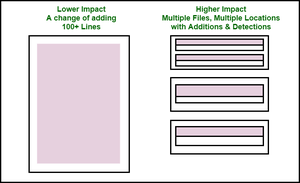 4. Active Days :
The day whenever an engineer contribute code to project referred as an Active Day. Tasks that the engineer do in an active day includes such as writing and reviewing code. Engineers are uniquely skilled at building and solving difficult conceptual problems, so contributing code is one of the most important things that an engineer can do. Non-engineering tasks such as planning, meeting and chasing down specifications are inevitable.

5. Efficiency :
The efficiency is the measure of percentage of an engineer’s contributed code that’s productive, which generally involves balancing coding output against the code’s longevity. Efficiency is independent of the amount of code written. The higher the efficiency rate, the longer that code is providing business value.