MassDNS is a C language-based tool that is simple and has high-performance DNS root resolver capability for those who seek to resolve a massive number of domain names in the order of billions. Without suitable configuration, MassDNS is steady at resolving 346000 words per second using publicly available resolvers. MassDNS tool is a single-threaded tool designed for situations in which the network scope is massive. Only finding Subdomains of the Target domain is not important; most of them aren’t live anymore, so it would be better to remove them from your list or subdomains.txt. If you perform the mass scanning, then you can filter out the active or live hosts. MassDNS is intended to be run in servers with high-speed upload and download bandwidths. Internally, the MassDNS tool uses a hash map technique to control the concurrency of domain lookups.

Step 1: Open your Kali Linux terminal and move to the desktop using the following command. On the desktop, we have to create a directory in which we will install the tool or clone the tool from GitHub. 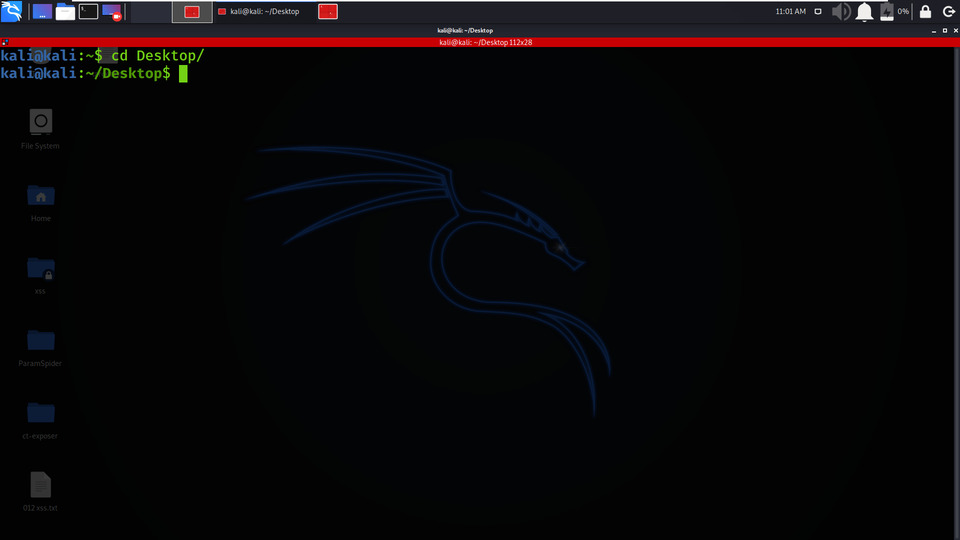 Step 2: Now, we are on the desktop. We will create a new directory called MassDNS using the following command. 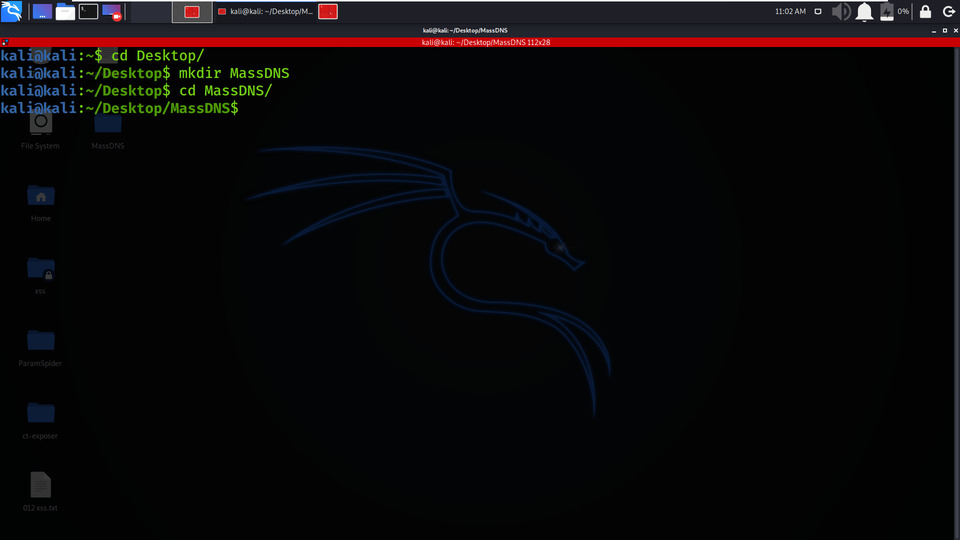 Step 3: Now you are under MassDNS directory. Here you have to clone the MassDNS tool. GitHub To clone the tool, use the following command. 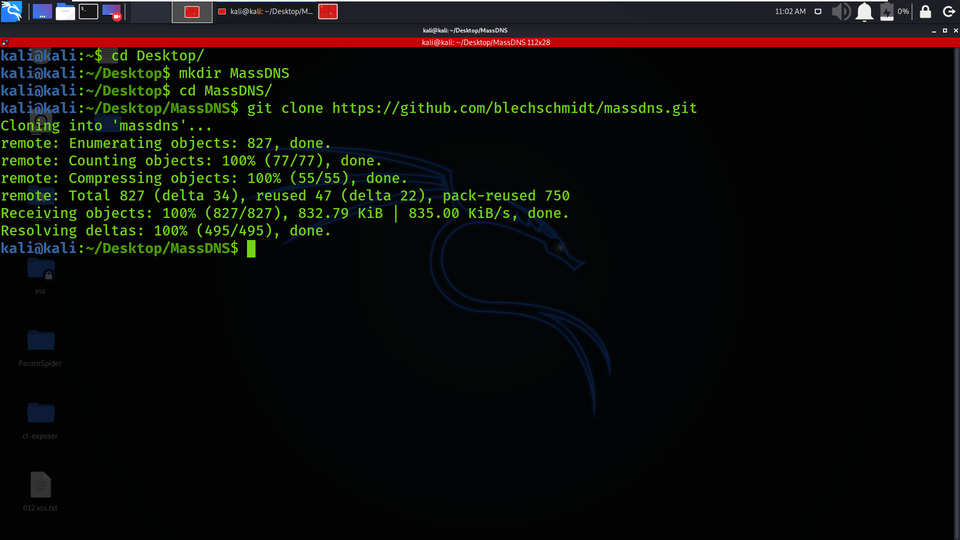 Step 4: Now, the tool has been cloned successfully to the MassDNS directory. Now list out the contents of the tool using the following commands. 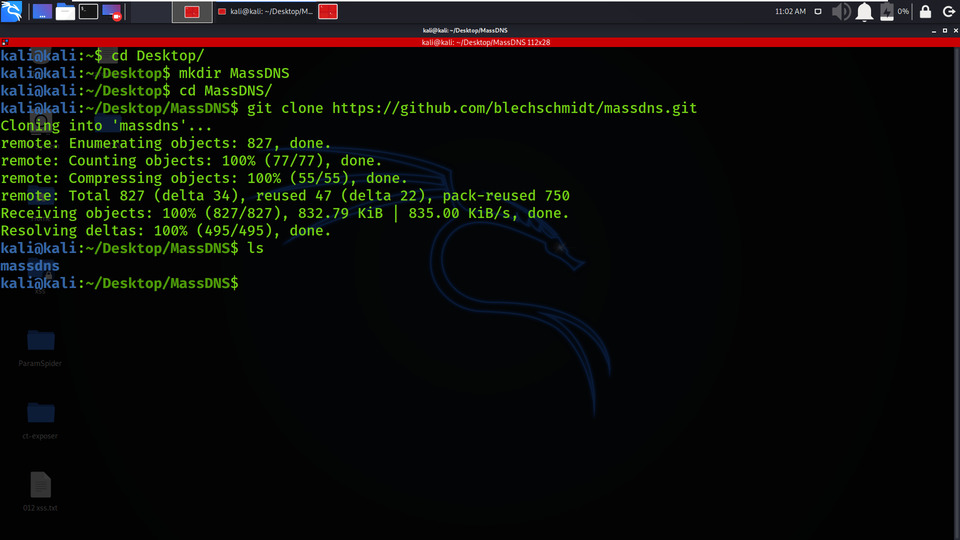 Step 5: You can see a new directory here, massdns created. Move to this directory using the following command. 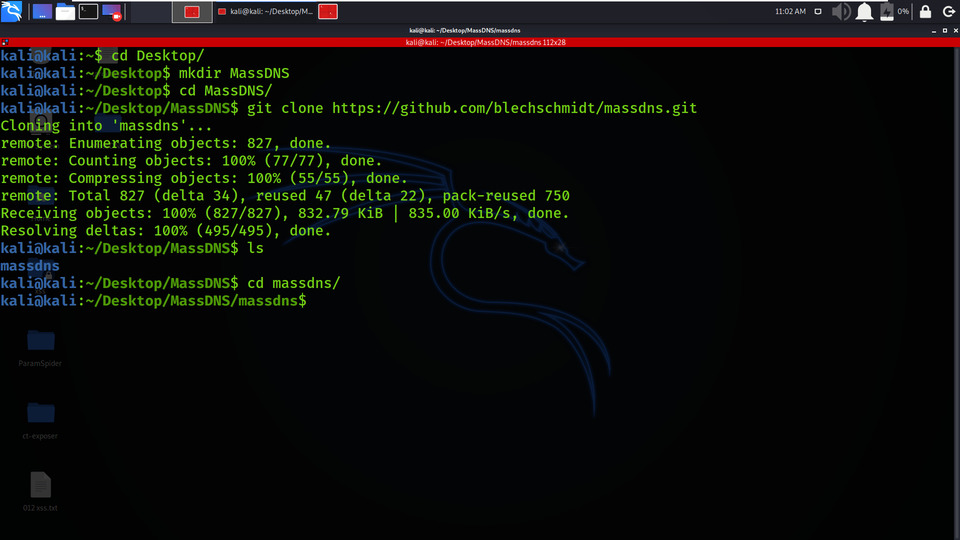 Step 6: Check if make is available on your system or not. 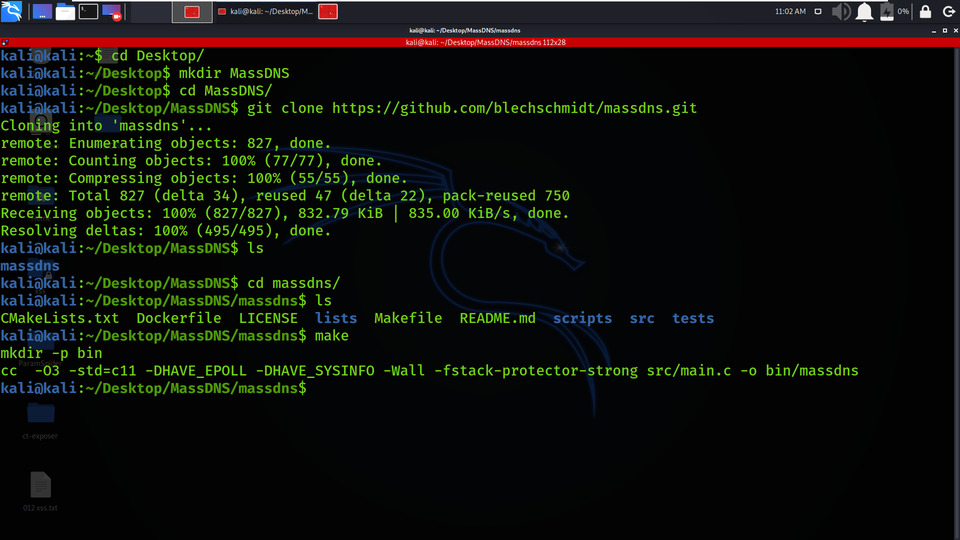 Step 7: Install the tool using the make, use the following command. 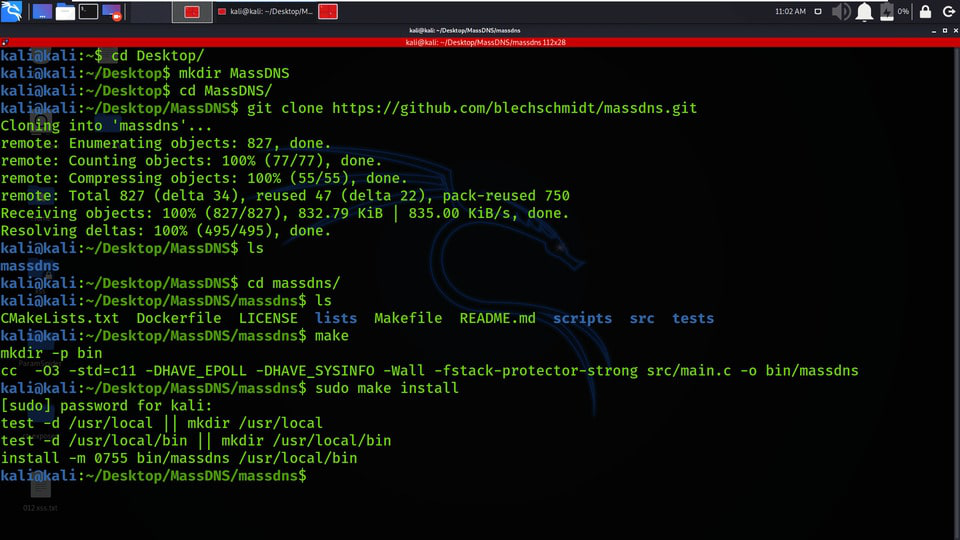 Step 8: Tool is installed now, check the help menu page to get a better understanding of the MassDNS tool. Use the following command. 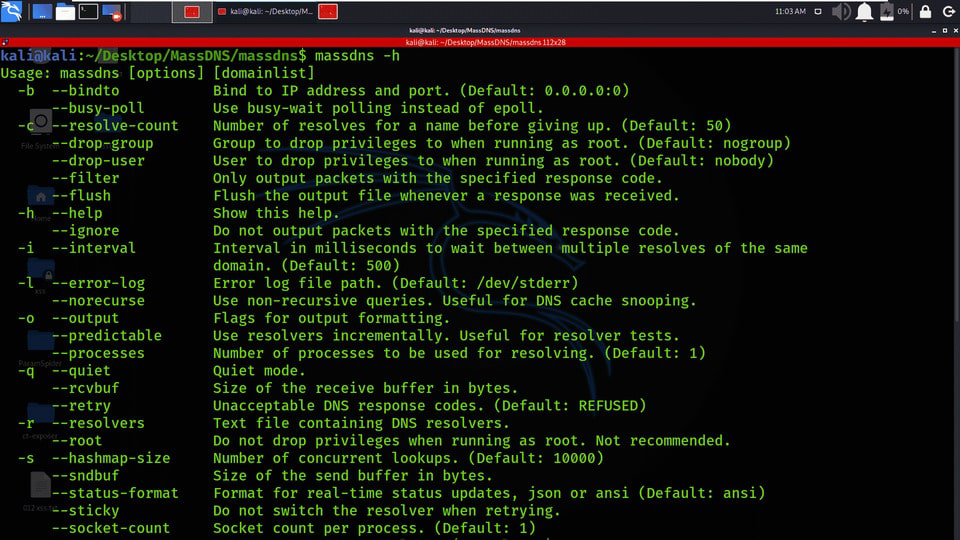 Example 1: We are running assetfinder tool for subdomains and massDNS tool for resolving. 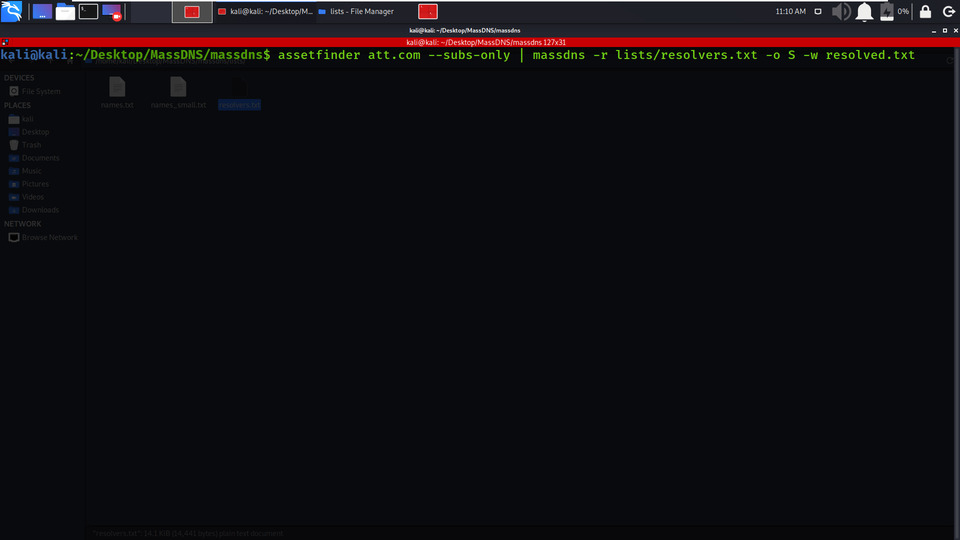 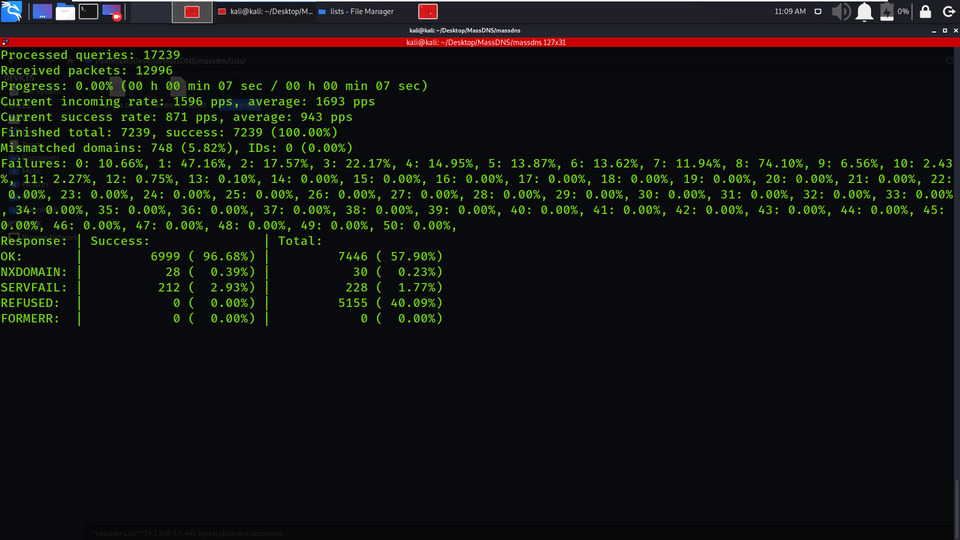 Detailed Domain ,Subdomain with CNAME and IP address is shown for att.com 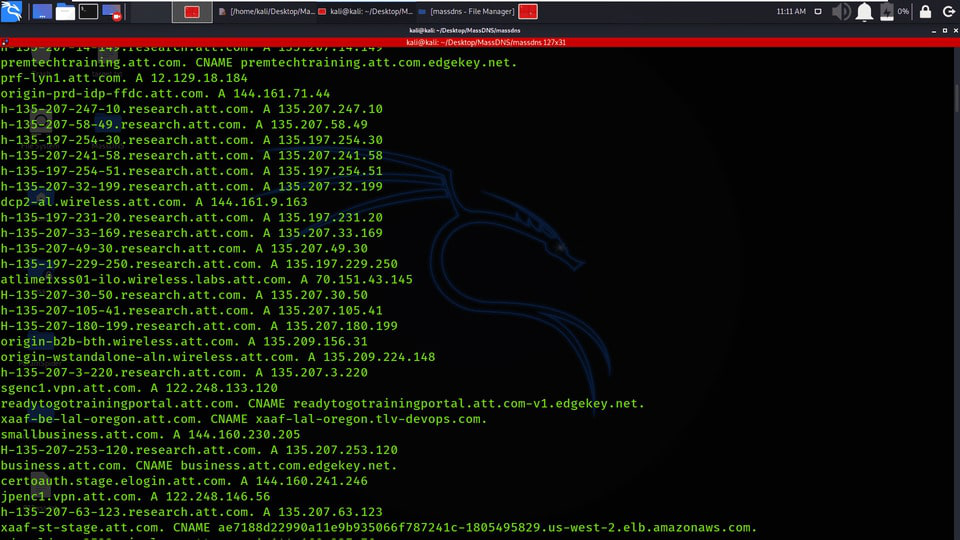 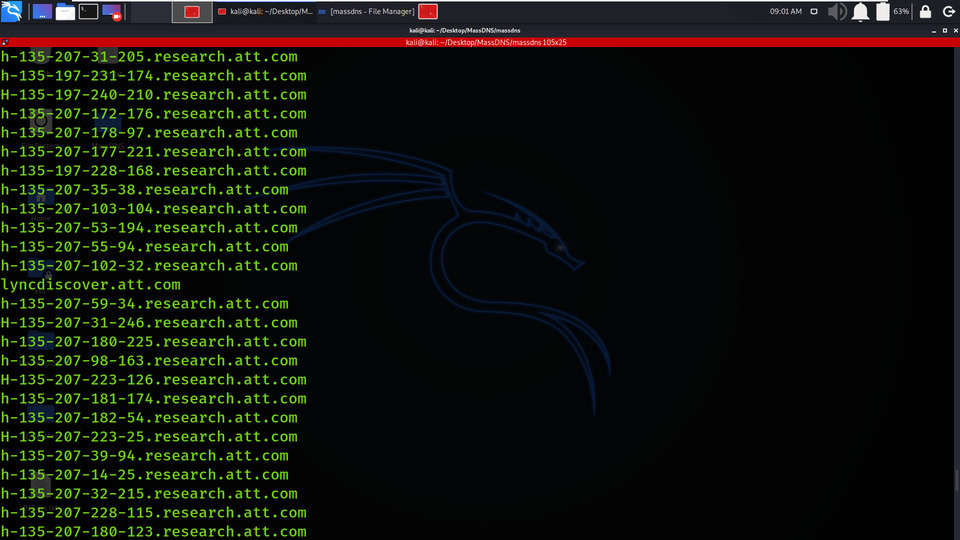