lsof command in Linux with Examples

Linux/Unix consider everything as file and maintains folder. So “Files or a File ” is very important in Linux/Unix. While working in Linux/Unix system there might be several file and folder which are being used, some of them would be visible and some not.
lsof command stands for List Of Open File. This command provides a list of files that are opened. Basically, it gives the information to find out the files which are opened by which process. With one go it lists out all open files in output console. It cannot only list common regular files but it can list a directory, a block special file, a shared library, a character special file, a regular pipe, a named pipe, an internet socket, a UNIX domain socket, and many others. it can be combined with grep command can be used to do advanced searching and listing.

Note: To know more in details about the lsof command you can see the manual page as follows: 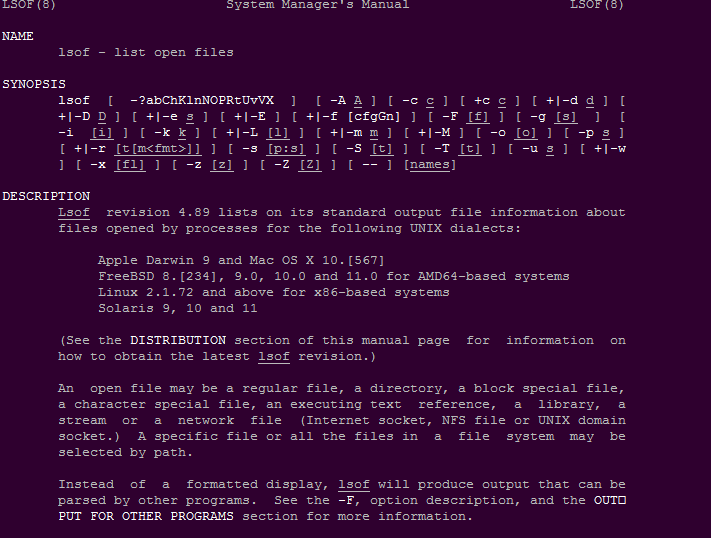