A pod is a group of one or more containers and is the smallest deployable unit in Kubernetes.  A node is a representation of a single machine in a cluster (we can simply view these machines as a set of CPU and RAM). A node can be a virtual machine, a physical machine in a data center hosted on a cloud provider like Azure.

When a user runs the below-given pod creation command then the request is sent to the API server. The scheduler is always watching the API server for new events, it identified the unassigned pods and decides which node it should choose to deploy this pod-based on various factors like Node selector, Taints/Tolerations, Node Affinity, CPU and memory requirements, etc. Once Node is decided and sent to API server then kubelet make sure that pod is running on the assigned node.

Need Of Taint and Toleration:

Nodes with different Hardware: If you have a node that has different hardware (example: GPU ) and you want to schedule only the pods on it which need GPU. Example: Consider there are 2 applications APP 1: A simple dashboard application and APP 2: A data-intensive application both has different CPU and memory requirements. APP1 does not require much memory and CPU whereas APP 2 needs high memory and  CPU (GPU machine ). Now with help of taints and tolerations + Node affinity, we can make sure that APP 2 is deployed on a node that has high CPU and memory, while APP1 can be scheduled on any Node with low CPU and Memory.

Limit the number of pods in a node: If you want a node to schedule a certain number of pods to reduce the load on that node then Taints/Tolerations + Node Affinity can help us achieve it. Example: Consider there is a pod that consists of a database application that needs to be fast in queries the data and highly available.  So, we will dedicate a node with high memory and CPU for this pod. Now the node will have only one pod in it, which makes it faster and more efficient to use node resources.

Toleration Example: Wasp P2 is tolerant to repellent, hence has no effect and a Person N1 would be attacked. Here 2 things decide whether a mosquito or wasp can land on a person: Taint (Repellent ) of the Mosquito P1  and Tolerance of the Wasp P2 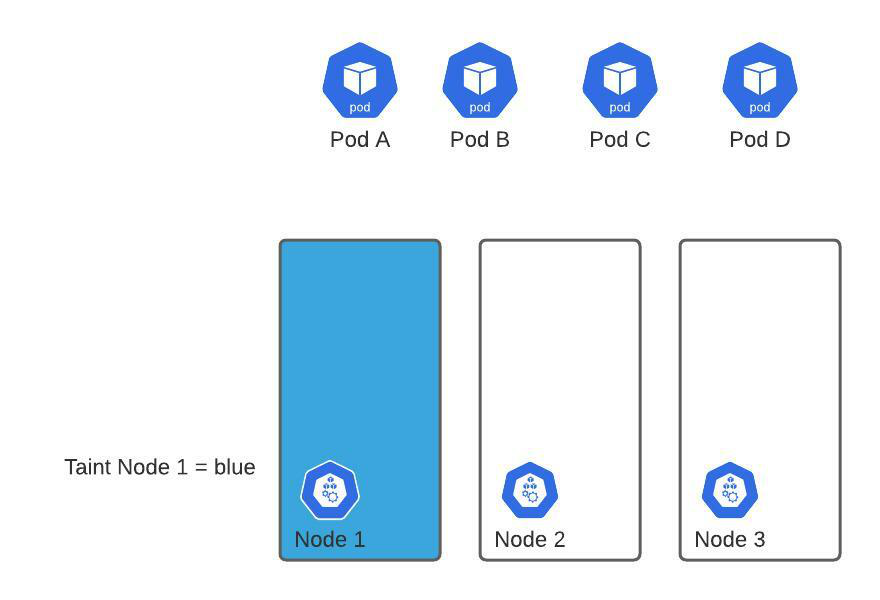 Node 1 is a taint to blue

Case 2: We add tolerance to pod D. Now only Pod D will be able to schedule on Node 1

Taints are a property of nodes that push pods away if they are not tolerate to node taint.  Like Labels, multiple taints can be applied to a node.

How can we enable certain pods to be scheduled on tainted nodes ?

By specifying which pods are tolerant to specific taint; we add tolerations to certain pods.

Tolerations are set to pods, and allow the pods to schedule onto nodes with matching taints. Taints and tolerations have nothing to do with security.

Currently, none of the pods is tolerant to blue. 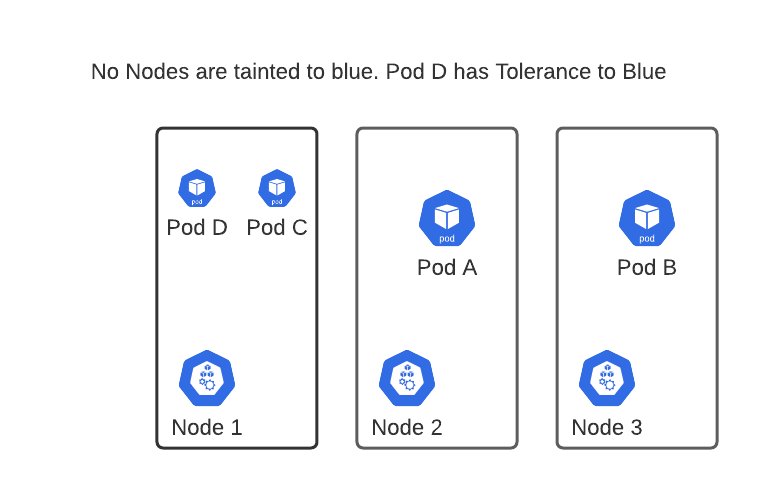 No taint on nodes 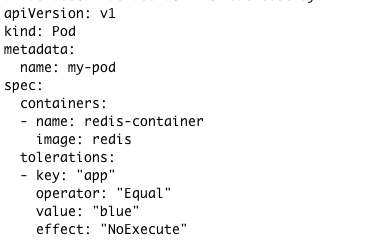 Here, node1 –>  name of the node on which taint will be applied. The app=blue:NoExecute –> key-value pair : Type of taint effect. This means that all the existing pods that do not tolerate the taint will be evicted.

Pod C will be evicted from Node 1, as it is not tolerant to taint blue. 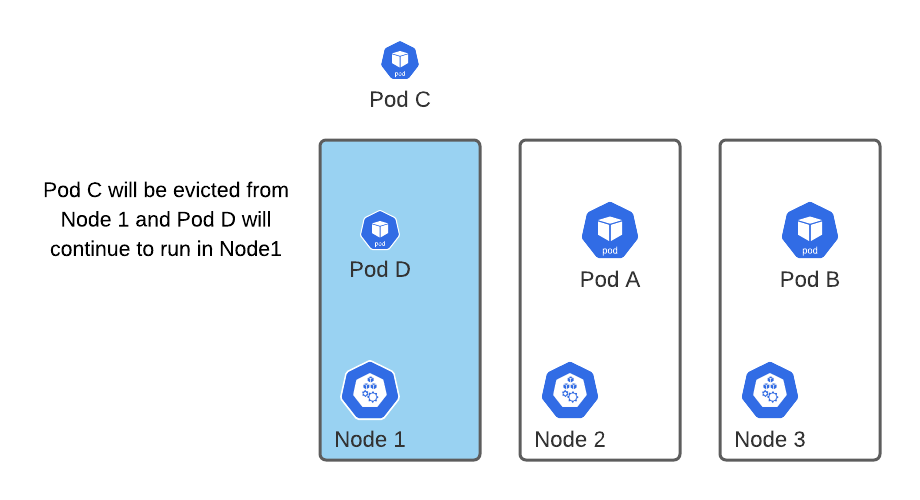 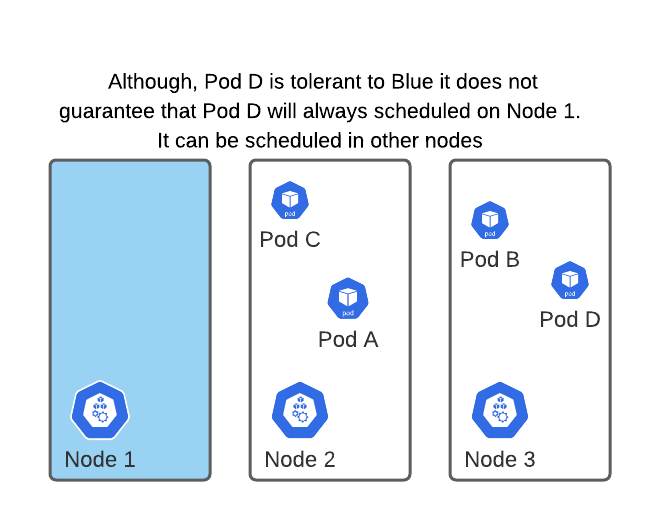 Taints/Tolerations + Node Affinity = Assures that a specific pod can only schedule on a specific node only and No other pods can be scheduled in tainted nodes.Example o

Note: The master node does not have any pods in it. Because when cluster is created the Kubernetes taints its master node so no pods are scheduled on master node.