In this article we shall get our hands dirty with the ionic framework. As suggested in the title, it is clear that it is to be used to create powerful web apps and deployed into native environment being Android or iOS.

There is no need to learn any android, swift or objective C(earlier used for creating iOS apps) to create apps i.e if you don’t know any one these technologies but still wants to create stunning apps and want your name to be published on the play store or iStore, then it is the one of the great way. The prerequisites for this is that if you are familiar with HTML, CSS and JavaScript then you are to good to go. If you know Angular that is of course a plus point.

Now the basic question that some of the minds may get struck with is that how can an app being designed in web technology can be run on native environment like Android or iOS. This question is answered by Apache Cordova(also called as PhoneGap). It is mobile application development framework or simply it is used to deploy web apps in such way that they fit into the native environment which we want out of it as the end product.

The sample image below clearly indicates the working of cordova 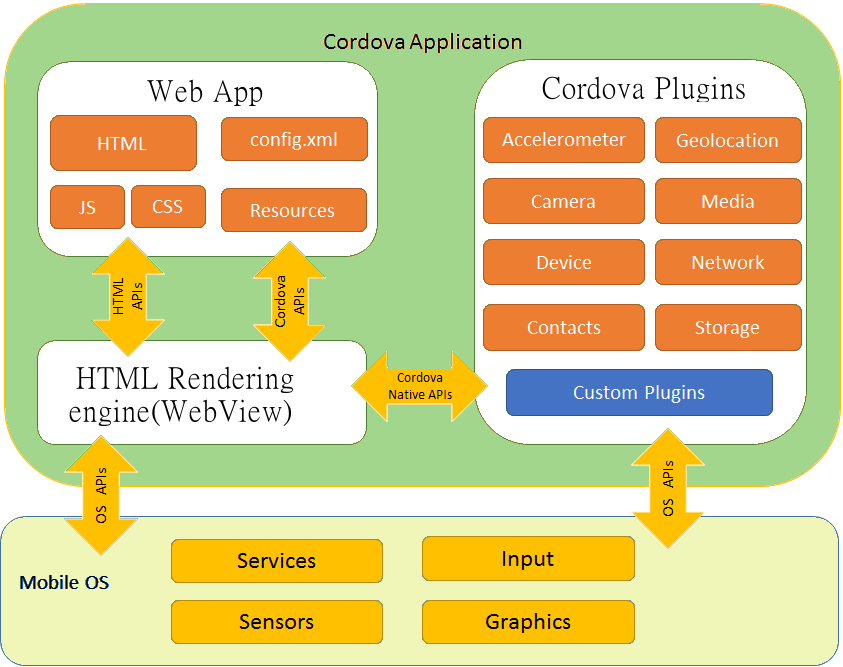 For more details please read about it here