In this example, We are locating the ‘input’ element whose ‘id’ is equal to ‘fakebox-input’ 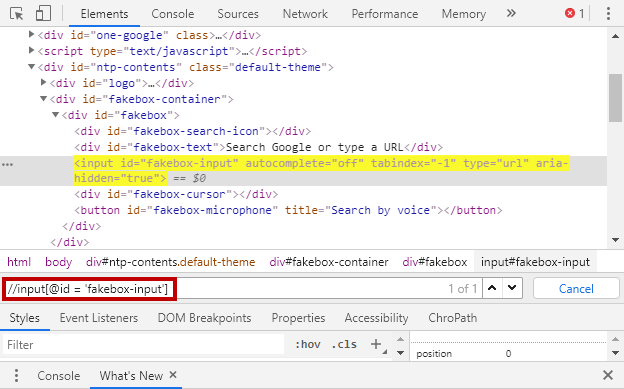 The XML Code is a tree like structure as we can see in the above XML, the code starts with the bookstore node that has a child node book and it is followed by an attribute category whose value is ‘Math’. The book node has 2 child node i.e. title and author.

To select the author element of the chemistry book, the following XPath will be used:

Absolute XPath:
Absolute XPath uses the root element of the HTML/XML code and followed by all the elements which are necessary to reach the desired element. It starts with the forward slash ‘/’ . Generally, Absolute XPath is not recommended because in future any of the web element when added or removed then Absolute XPath changes.

Relative XPath;
In this, XPath begins with the double forward slash ‘//’ which means it can search the element anywhere in the Webpage. Generally Relative Xpath is preferred as they are not complete path from Root node.

If you want to learn how to make XPath identify webelements, Then open the webpage in chrome browser and inspect the element by right click on the webpage and after that press ‘ctrl+f’ to find the webelements using XPath. You can also use the chrome extension like ‘chropath’ to find the xpath for a webelement.

contains(): This Function is used to select the node whose specified attribute value contains the specified string provided in the function argument.
Example: 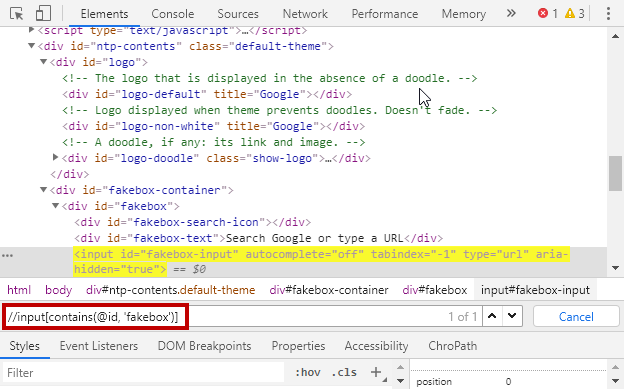 starts-with(): This function is used to select the node whose specified attribute value starts with the specified string value provided in the function arguments.
Example: 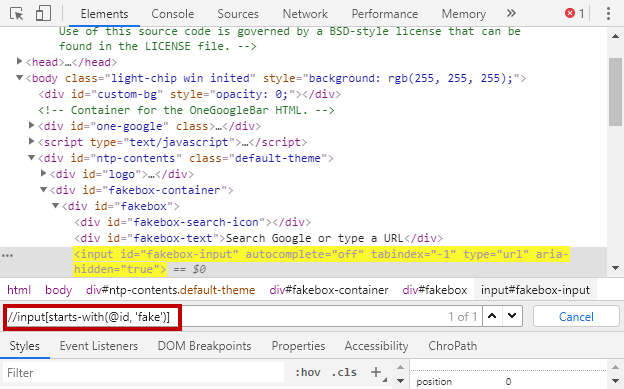 text(): This function is used to find the node having the exact match with the specified string value in the function.
Example: 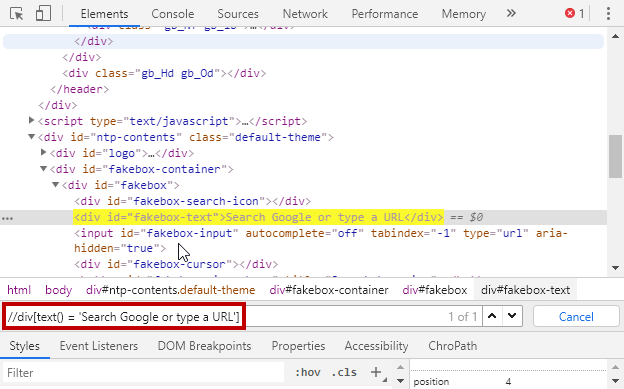 Uses of AND and OR in XPath
AND and OR are used to combine two or more conditions to find the node.
Example: 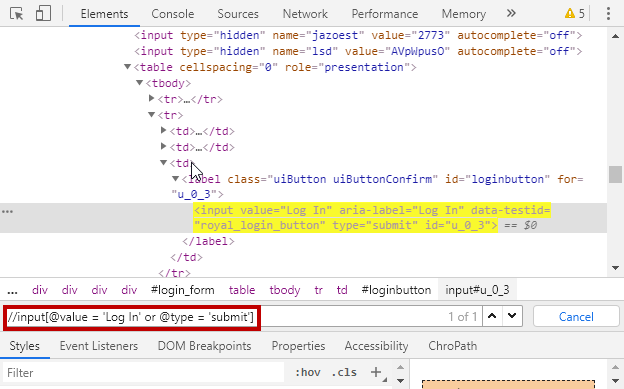 Similarlly, We can apply AND operator in XPath.