How to open a file using the with statement

The with keyword in Python is used as a context manager. As in any programming language, the usage of resources like file operations or database connections is very common. But these resources are limited in supply. Therefore, the main problem lies in making sure to release these resources after usage. If they are not released, then it will lead to resource leakage and may cause the system to either slow down or crash.

As we know, the open() function is generally used for file handling in Python. But it is a standard practice to use context managers like with keywords to handle files as it will automatically release files once its usage is complete.

with open(file_path, mode, encoding) as file:

file_path: It is the path to the file to open

We already have a file name geeksforgeeks.txt in our system, and it has the following data:

Now we will open the file and read the contents of the file using with open() statement:

Note: Here we have used mode as “r” to read the data, because the target file has text data. In case we are reading some binary file, we need to use “rb” as the mode.

Example 2: We can also use the with statement to append or write data to the file.

We will append the string “Hello geeks!” to our geeksforgeeks.txt file.

Note: Here we have used “a” as the mode of opening the file, this is because we want to append to the file data. Instead, if we wanted to overwrite the file data, we would use the “w” mode. 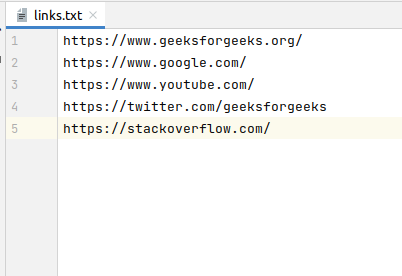 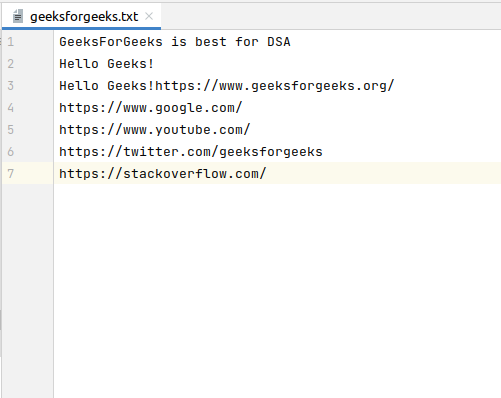 Here, we can see that the contents of the links.txt file has been added to the geeksforgeeks.txt file after running the script.

Difference of using open() vs with open()

Although the function of using open() and with open() is exactly same but, there are some important differences: