How to Install Ghost_Eye Tool in Kali Linux ?

It only requires a domain or IP address. GhostEye is compatible with all Linux distributions. 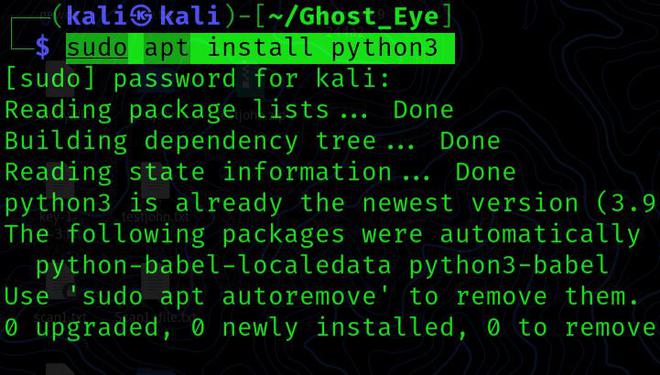 Step 2: In addition, you need to install the Nmap and EtherApe tools using the following command: 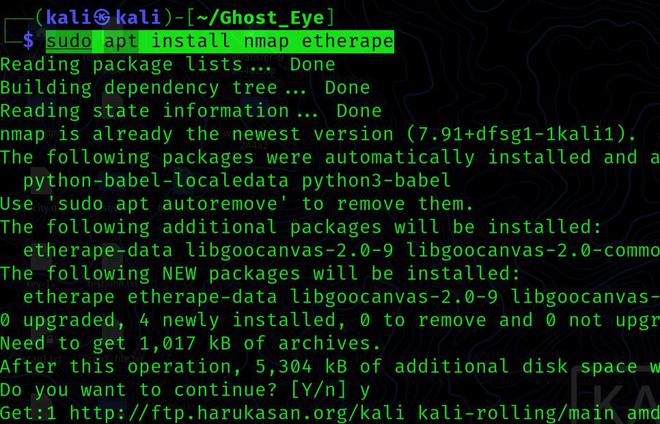 Step 3: If you have completed the above requirements, then, you can proceed to the next step and clone the Ghost Eye repo using the following command:

Step 4: The tool has been downloaded and cloned successfully. Now to list out the contents of the tool use the following command.

Step 5: Now that the Github archive file (i.e. ghost_eye) is installed in Kali, we need to change the working directory to the Ghost Eye folder.

Step 6: You are now in the tool’s directory. The following command will list the contents of the directory.

Step 7: All the files in the tool are listed here. You may need to install tool requirements. To install the requirements, run the following command: 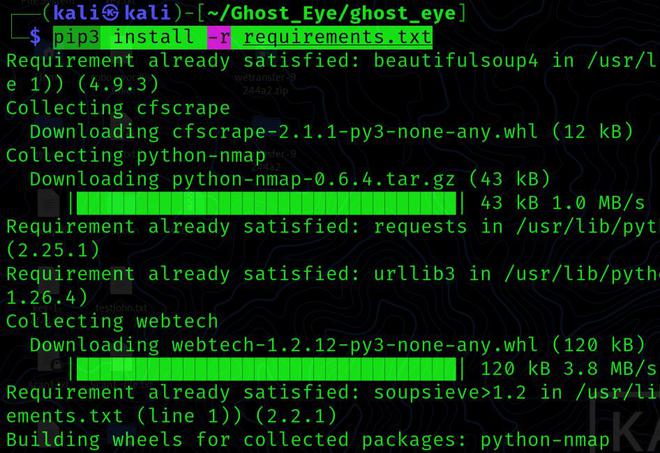 Step 8: All requirements have been downloaded. Now it’s time to start the tool using the following command: 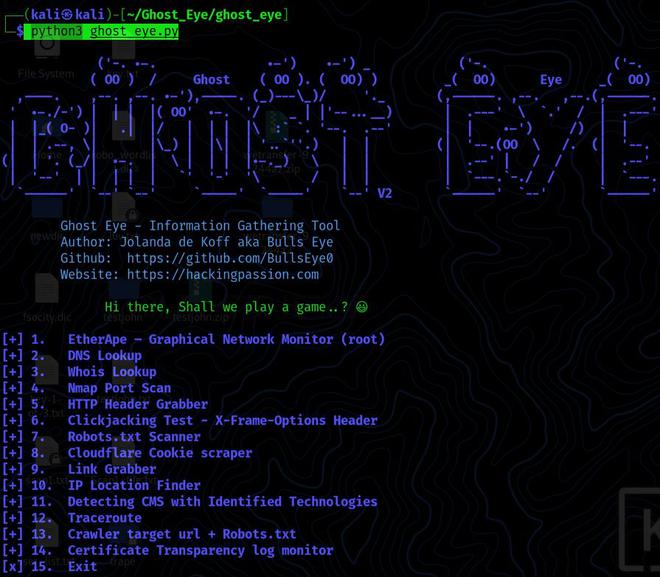 Let’s see the usage according to the options provided by this tool.

It is a graphical network monitor and packet sniffer that collects and displays information graphically. It can also filter the traffic shown and read packets from a file as well as live from the network. 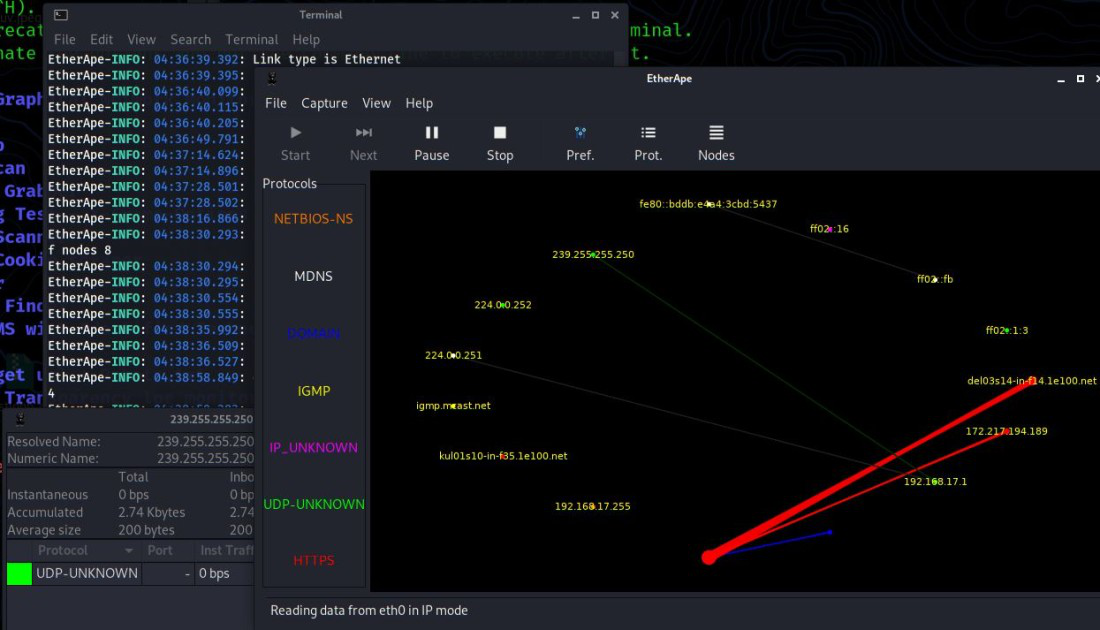 WhoIs searches the Whois database for an object. Whois a query and response protocol commonly used to access databases that show users from an Internet source, such as a domain name or IP address. 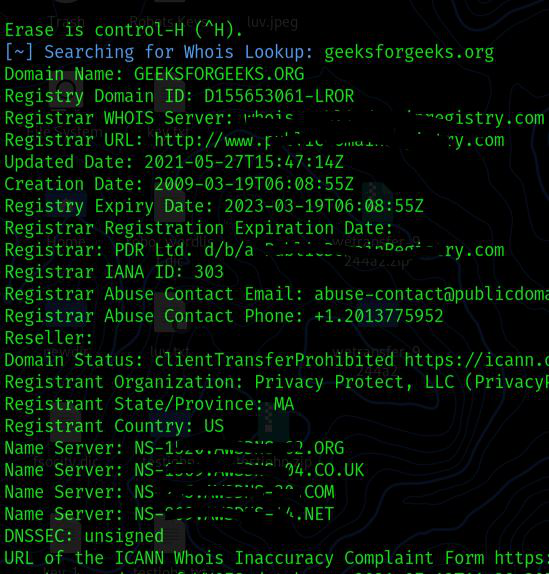 Nmap port scan looks for open ports on the provided connection or IP address. In the Ghost Eye script, a nmap -Pn scan is utilized. -pn causes all hosts to be treated as online, bypassing host discovery.

An attacker uses a transparent iframe in a window to direct the user to click a button or link to take another server with a similar-looking window. In a sense, the attacker captures the clicks intended for the original server and redirects them to the alternate server. 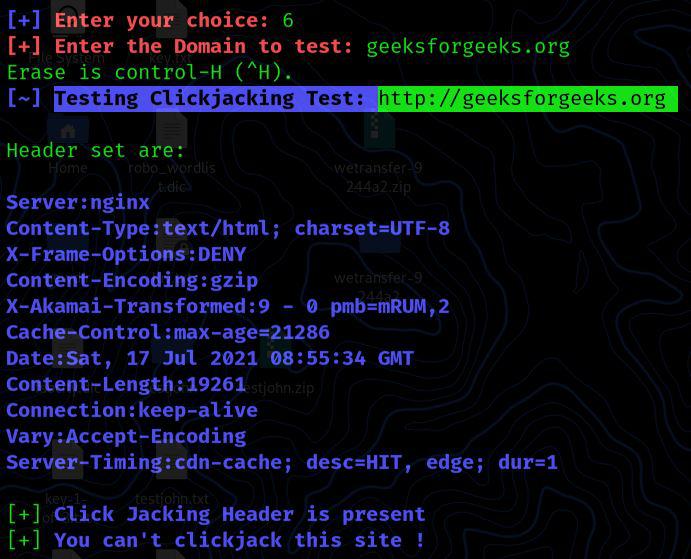 The robots.txt file is used to inform online robots such as search engine crawlers about which areas of the website robots are allowed to explore and index. 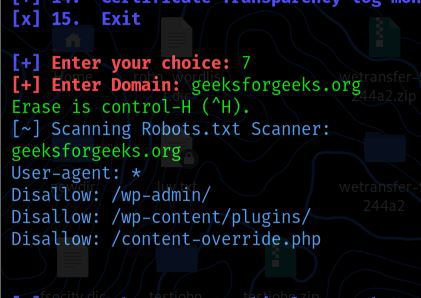 Link Grabber will analyze the HTML source code of a website and retrieve links from it. For simple review hrefs or pages, links are shown in plain text. 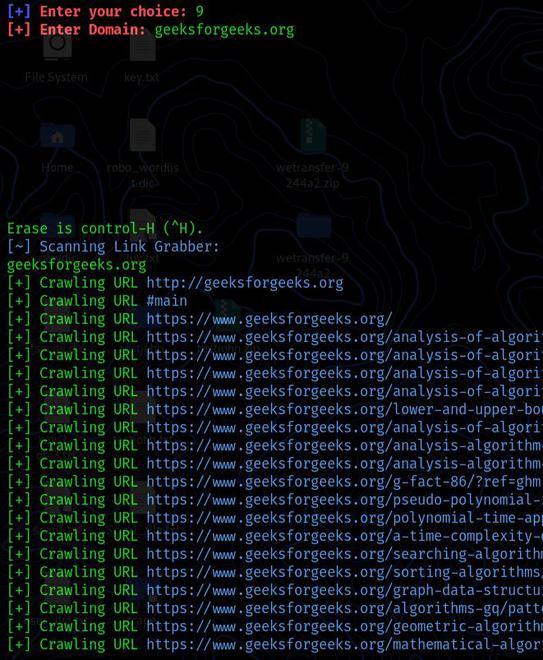 We can use the IP Location Finder to find information about a certain URL or IP address. This tool will retrieve the latitude and longitude of the device or server. 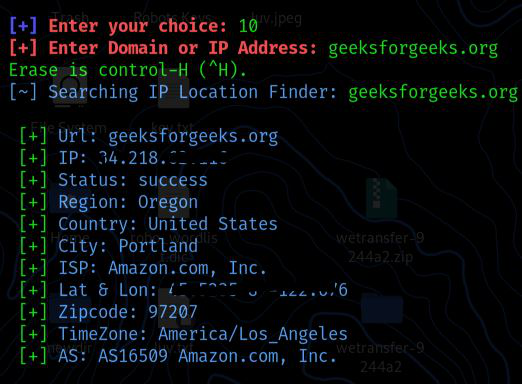 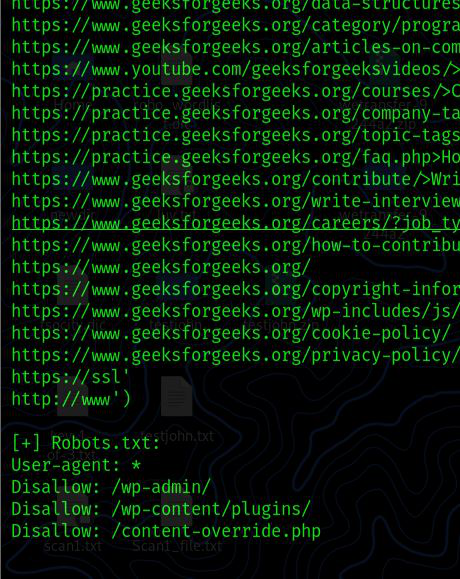