How to Display a Drawable Inside a Button in Android?

A Button in Android is basically a subclass of TextView, which lets the user press or click it to perform an action. Buttons generally contain text that lets the user understand the action property of the button. Sometimes, an ImageView can also be used as a button if the developer wishes to display an image rather than some text. But some buttons contain both an image or a drawable and text. These buttons can often be seen at sign-up or login forms as the image below shows. 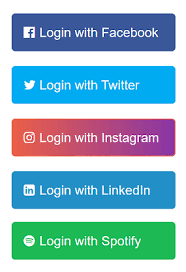 So in this article, we would implement a Button along with a drawable and a text in Android. Follow the below steps once the IDE is ready.

Step 2: Create a new vector asset in the drawable folder

How to Add Vector Assets in Android Studio? Follow this article to learn how to add a vector asset. As displayed below, we created a vector asset in the drawable folder. We shall be using this drawable while implementing the Button. 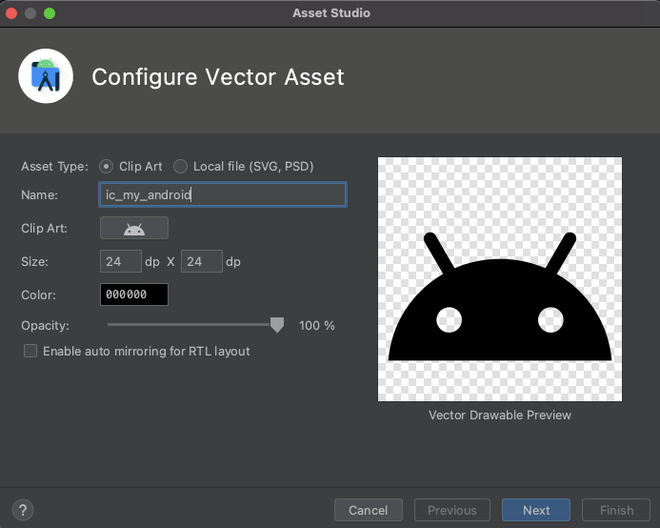 Step 4: Working with the MainActivity.kt file

In the main code, we stored the location of the vector in a local value and then applied it to the Button using the function:

The local value must be placed either at left, top, right, or bottom place inside the function and the rest must be null. Refer to the comments.

You can see that the drawable is placed at the left of the text.

if the code were mButton.setCompoundDrawablesWithIntrinsicBounds(null, mImage, null, null), the drawable would be at the top of the text.

if the code were mButton.setCompoundDrawablesWithIntrinsicBounds(null, null, mImage, null), the drawable would be at the right of the text.

and if the code were mButton.setCompoundDrawablesWithIntrinsicBounds(null, null, null, mImage), the drawable would be at the bottom of the text.