How to Convert Java Code to Kotlin Code in Android Studio?

In Google I/O 2017, Kotlin has been declared as an official language for Android app development. This language gains popularity among developers very quickly because of its similarities as well as interoperable with Java language. One can mix code of Java and Kotlin while designing an Android project. Some of the major challenges faced by developers like avoiding null pointer exceptions are easily handled by Kotlin. Because of all these reasons, it became essential to learn Kotlin. However, Android Studio takes care of this need. Developers can easily convert their Java code into Kotlin in Android Studio. There can be 2 scenarios in front of developers:

This article broadly describes the steps involved in performing code conversion in both cases. 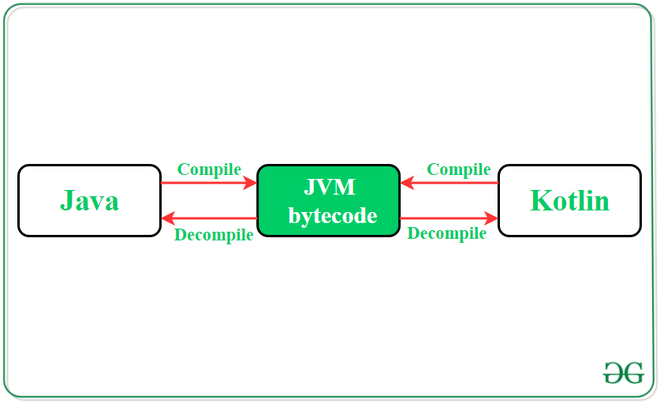 From the left-hand side Option menu, select Android Project and right-click on the source code file. Select the option “Convert Java File to Kotlin File”. One can also use the shortcut command “Ctrl+Alt+Shift+K” while the file is opened in Android Studio. 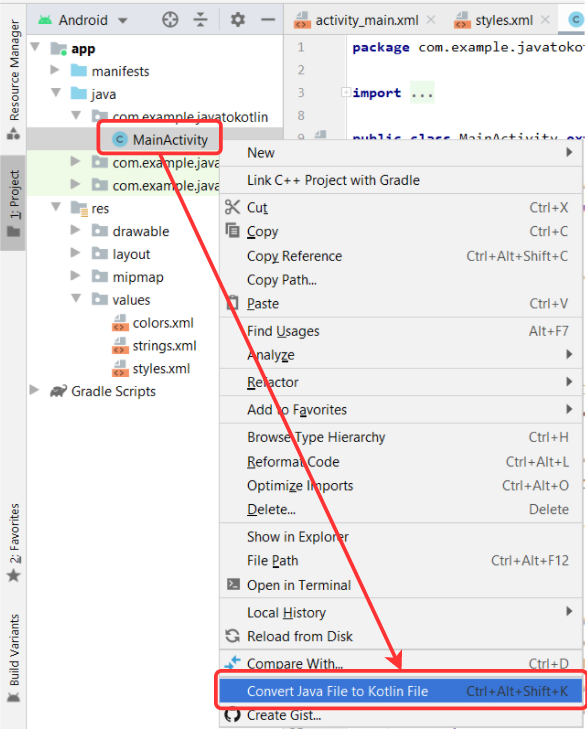 A dialog box will appear that asks permission to configure Kotlin in Project. To carry out the code conversion it is necessary to grant this permission. Further, select the “All modules” option and choose the latest Kotlin compiler installed on the computer. After clicking “OK”, Android Studio will make some changes in the app module build.gradle file to perform code conversion successfully.

Again select the “Convert Java File to Kotlin File” option by right click on the java class/file. This time the required conversion will happen and the file extension will get changed from .java to .kt. Below is the equivalent Kotlin code produced on converting the above mentioned MainActivity.java file.

Method 2: Adding a Separate Kotlin File into the Project

Android Studio allows the mixing of Java and Kotlin code in a project. If there is a requirement to reuse a piece of Java code by writing it in Kotlin, one can follow the below-mentioned steps.

Create a new Class/File of Kotlin extension inside the java folder of the application’s project file. Give it a desired name. Once the file is created, Android Studio will show an alert message that “Kotlin is not configured”.

Step 2: Configure Kotlin into the Project

Click on the “configure” option present on the alert message. A dialog box will appear, select “All modules” and choose the latest Kotlin compiler installed on the computer. Click “OK” and let the changes take place in build.gradle files.

Advantages of Kotlin Over Java