Fsociety is a free and open-source tool available on GitHub which is used as an information-gathering tool. Fsociety is used to scanning websites for information gathering and finding vulnerabilities in websites and web apps. Fsociety is one of the easiest and useful tools for performing reconnaissance on websites and web apps. The Fsociety tool is also available for Linux, Windows, and Android phones ( termux ), which is coded in both bash and Python. Fsociety provides a command-line interface that you can run on Kali Linux. This tool can be used to get information about our target(domain). We can target any domain using Fsociety. The interactive console provides a number of helpful features, such as command completion and contextual help. Fsociety is based upon Mr. Robotincludes series. 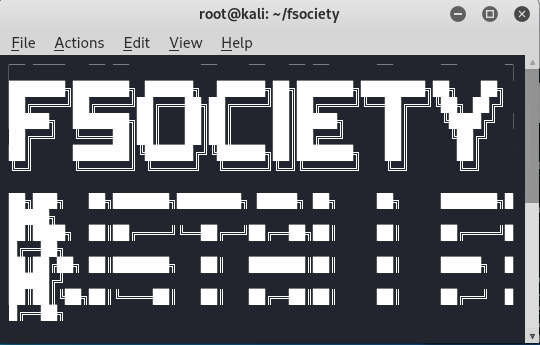 The first step to security assessment or ethical hacking is collecting all the possible information about the target, and that is why this Fsociety provides some famous information-gathering tools such as:

For performing any kind of password attack, Fsociety has mainly 2 tools. Those are  Cupp – for generating password lists, Nc rack – network Authentication protocol.

It also has tools such as Reaver Pixiewps and Bluetooth Honeypot for performing any kind of wireless attack.

Fsociety lets you perform Sniffing and Spoofing by providing several numbers of tools such as:

Web hacking and Web pentestings tools are also available in Fsociety These are the following tools:

It also includes some private Web hacking tools such as:

After you are done with exploitation you have to perform some post-exploitation attacks to maintain persistent access to the system according to your need so for that also Fsociety provides some tools such as  Shell Checker, POET, Weema.

10. Install & Update is used to update the framework.

Step 1: Open your kali linux operating system and use the following command to install the tool from GitHub. 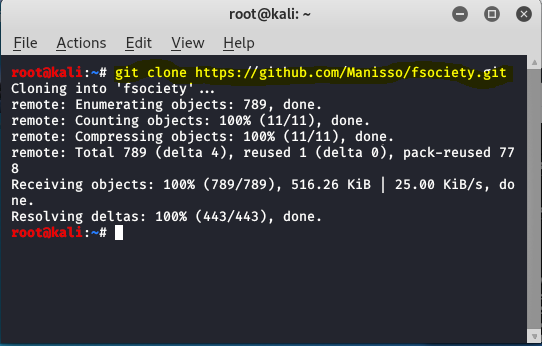 Step 2: The tool has been downloaded and now move it to the directory using the following command. 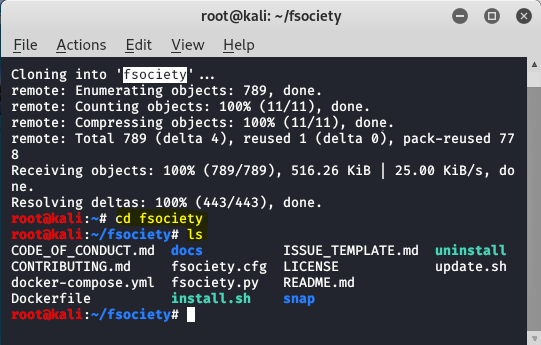 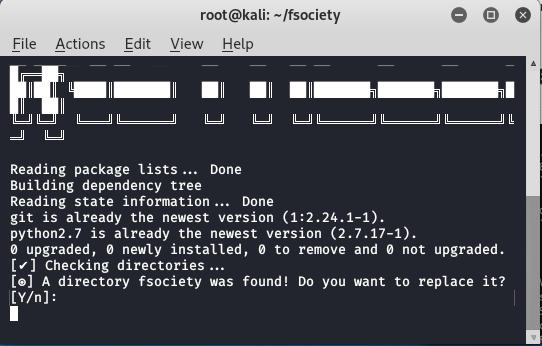 Step 4: All the dependencies have been downloaded and now run the tool using the following command. 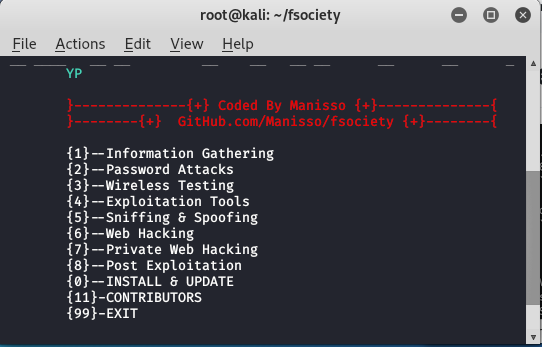 Example 1: Use the Fsociety framework to perform reconnaissance in a domain. 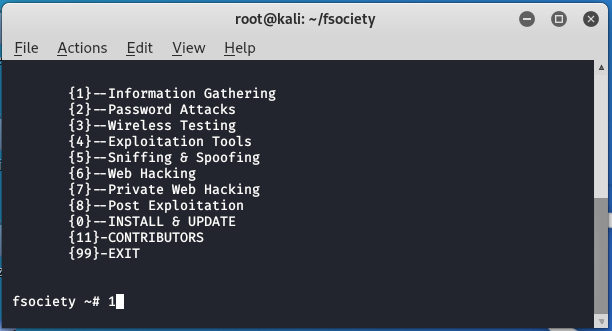 After that, select nmap. 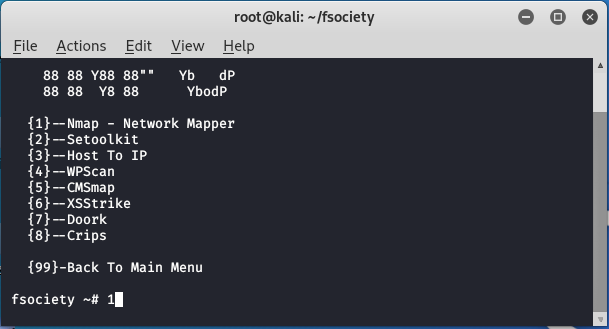 enter the IP address of the target. 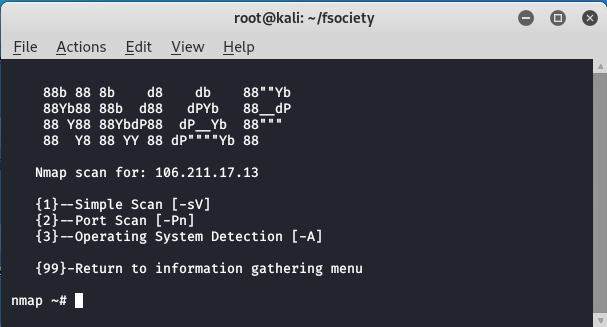 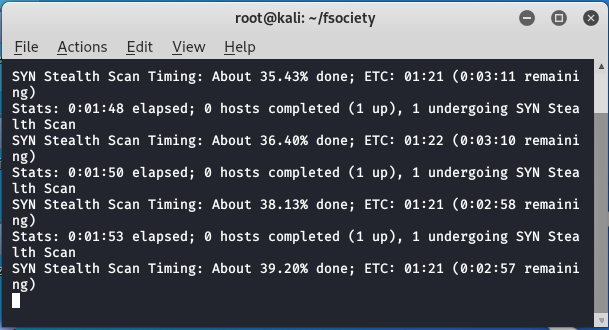 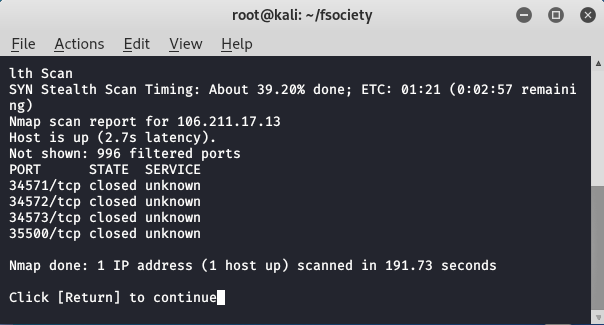 The framework has started nmap and this is how you can also perform on your target ip address.

Example 2: Use the Fsociety framework tool to find the IP address of a domain.

Select the host for IP tool in the framework, then enter the hostname. The tool will give you the IP address of the host. 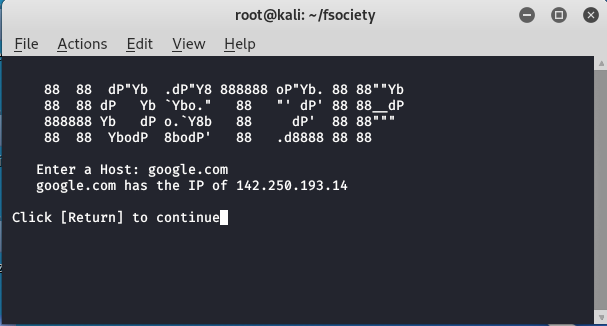