Formation Of Process from Program

Process: A Process is a program in execution is called as Program.

But the conversion of a program into process involves various stages which are clearly defined in this article. Further more after the program is converted into the process memory has to be allocated to these process in the main memory and these memory allocations are handled by O.S using various methods and algorithms explained towards end of this article.

Initially when we write our code in the text editor (be it any language) is stored in the main memory.And when we call the compiler it takes this code and converts into assembly code i.e it converts the High level code int Low level Code. Then the assembler take this assembly code generated after compilation and converts into object code. This object code is of 0’s and 1’s but this code cannot be executed directly.

To execute the code the explained below steps are adopted sequentially. The process of conversion of High level code to Low level code is done by complier and those steps are defined clearly in Compiler Design course rest all steps are handled by O.S. The assembler is different for different platforms.

In modern days, the compiler does all of the below listed work for us .Thus we don’t face the trouble of separately compiling, after that linking and Loading to the main memory .

During the Compilation Of Code it under goes steps defined below: 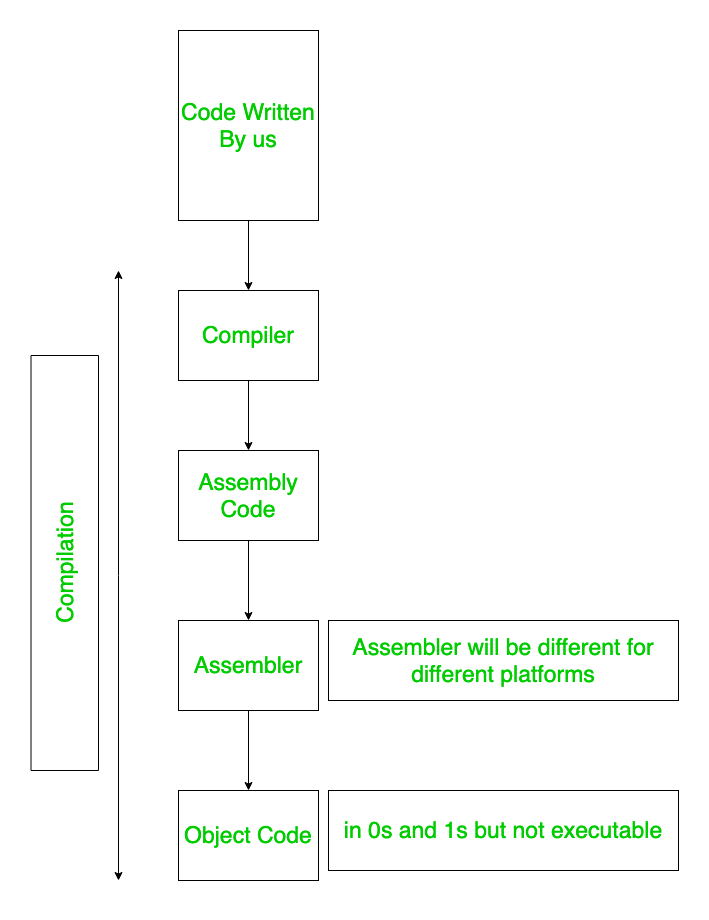 The Object Code Produced After All the above steps has the following sections namely: