Process states and Transitions in a UNIX Process

A process is an instance of a program in execution. A set of processes combined together make a complete program.

There are two categories of processes in Unix, namely

The states that a Process enters in working from start till end are known as Process states. These are listed below as: 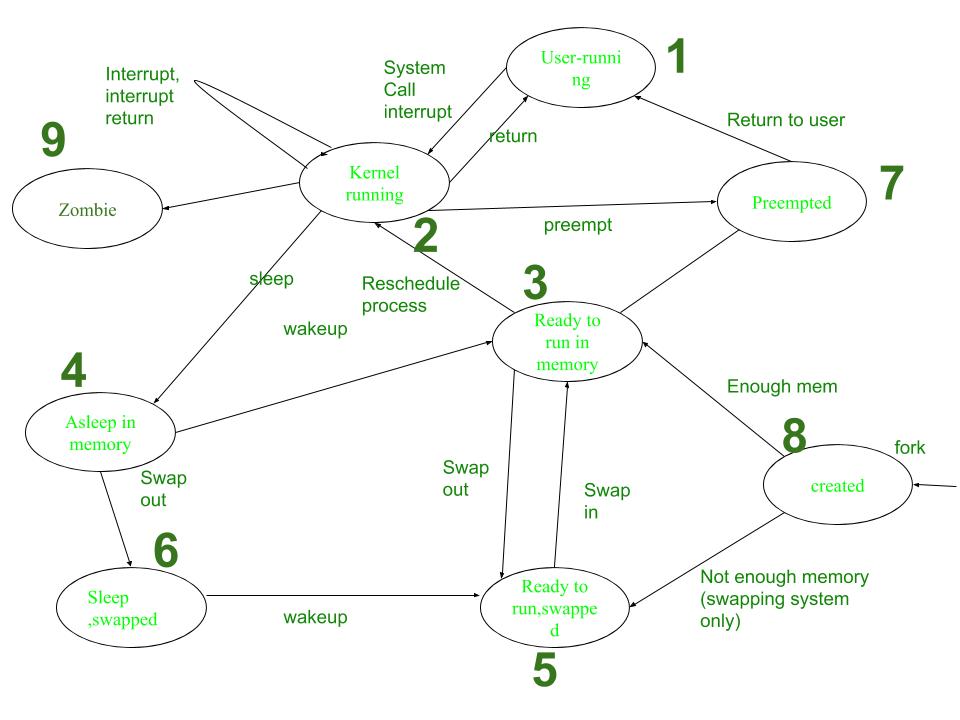 The numbers indicate the steps that are followed.

The working of Process is explained in following steps: