fc Command in Linux with Examples

As we all know that LINUX is command friendly and while working on LINUX, you may deal with very long commands that may include long paths or really difficult syntax, and imagine what if working with such commands you do a minor mistake which will require re-writing of the entire command synopsis and its arguments in order to execute it again successfully. Now, there are two solutions to this – either re-write the entire syntax or simply use fc command that allows you to edit and re-execute the commands previously entered to a shell without re-writing them again. This command line utility really comes to help while editing long commands.

So, the fc command is used to list, edit or re-execute the commands previously entered into an interactive shell.
Here’s the syntax of fc command :

where the -lnr refers to the options available for fc and -e ename refers to the editor you want to use for editing. first and last here is for specifying the range .

To easily understand the use of fc command and how does it work let’s take a simple example where you want to change your working directory to kt/kartik/thakral and by mistake while changing your directory you write karik instead of kartik, in this case you can simply use fc command to edit the previously entered path.

After you enter the incorrect directory path you’ll see something like this : 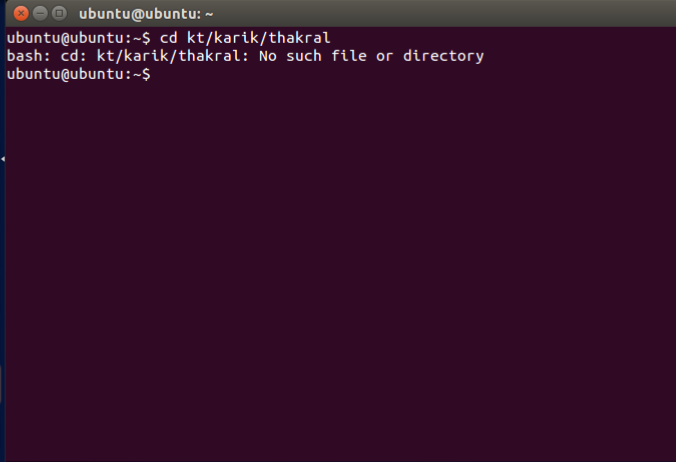 then you can just simply type fc command and after writing fc command your editor will open up so that you can now edit the previously entered command like shown below :

after editing your path you can exit your editor and after exiting fc command will re-execute the cd kt/kartik/thakral like shown below : 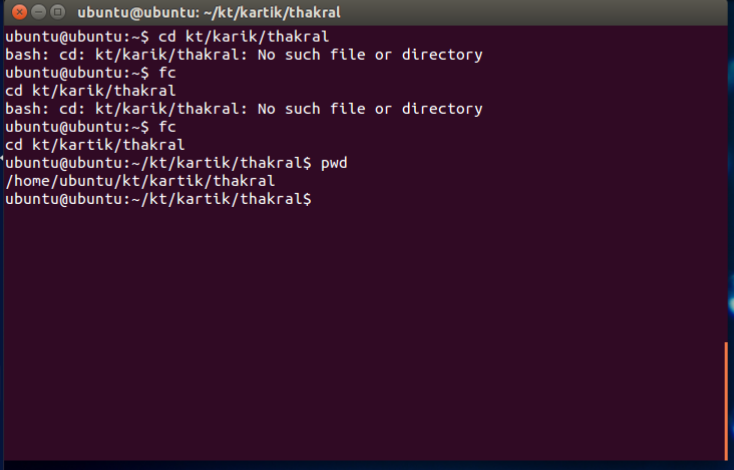