Episodic Memory is a category of long-term memory that involves recent recollection of specific events, situations, and experiences. For Example Your first day at college. There are two important aspects of episodic memory are Pattern Separation and Pattern Completion.

Semantic Memory is used in many ways in machine learning such as Transfer Learning, Sequences like LSTM, catastrophic forgetting, etc. but if you design intelligent agents, we can use aspects of episodic memory for our purposes.

A step towards answering these questions might be examining the mammalian episodic memory. The hippocampal formation is thought by many to be involved in memory in general and episodic memory in particular.

We have stated that the episodic memory system tracks the changes in the agent’s belief, but we have not articulated how such memory is organized and how information is stored and retrieved.

For a memory system to be effective, we must satisfy three properties:

There are many architectures that are proposed for using Episodic Memory in Reinforcement Learning, We are discussing here the “Episodic Memory Deep Q-Networks” paper which is proposed by researchers at Microsoft Research.

where rt represents reward at t, \gamma is a discount factor and \bar{\theta} is the parameter of the target network.

Where, D is the mini-batch of episodes. Adding parameter like

Below is the architecture of this EMDQN method: 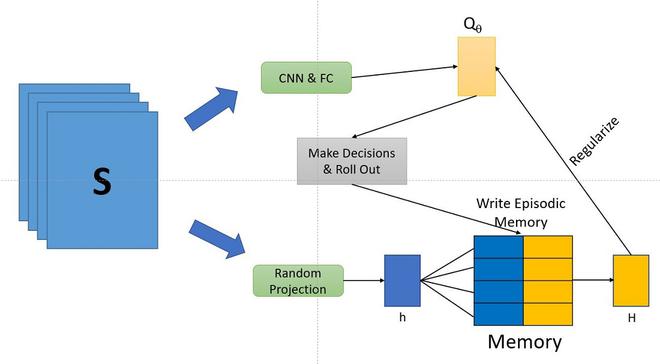 The state s represented by 4 history frames is processed by convolution neural networks, and forward-propagated by two fully connected layers to compute Qθ(s, a). State s is multiplied by a random matrix drawn from Gaussian distribution and projected into a vector h, and passed into memory table to look up corresponding value H(s, a), and then H(s, a) is used to regularize Qθ(s, a). For efficient lookup into the table, we use kd-Tree to construct the memory table. All experience tuples along with each episodic trace are cached. . Similar to the target network in DQN, it maintains a target memory table to provide stable memory value which is updated using previously cached transition. 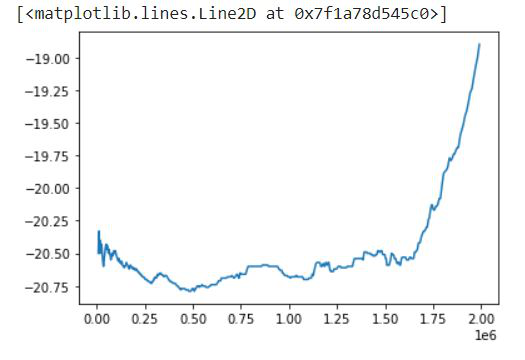