Snowflake Schema:
Snowflake Schema is a type of multidimensional model. It is used for data warehouse. In snowflake schema contains the fact table, dimension tables and one or more than tables for each dimension table. Snowflake schema is a normalized form of star schema which reduce the redundancy and saves the significant storage. It is easy to operate because it has less number of joins between the tables and in this simple and less complex query is used for accessing the data from database. 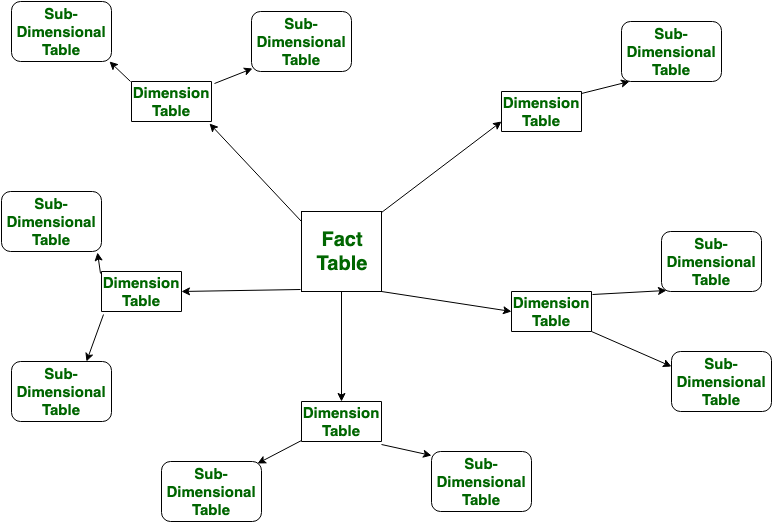