We have discussed Linked List Introduction and Linked List Insertion in previous posts on a singly linked list.
Let us formulate the problem statement to understand the deletion process.

You can delete an element in a list from:

Iterative Method to delete an element from the linked list:

To delete a node from the linked list, we need to do the following steps:

Below is the implementation to delete a node from the list at some position:

Delete the first node in a linked list where data == key:

Since every node of the linked list is dynamically allocated using malloc() in C, we need to call free() for freeing memory allocated for the node to be deleted.

Recursive Method to delete a node from linked list:

To delete a node of a linked list recursively we need to do the following steps: 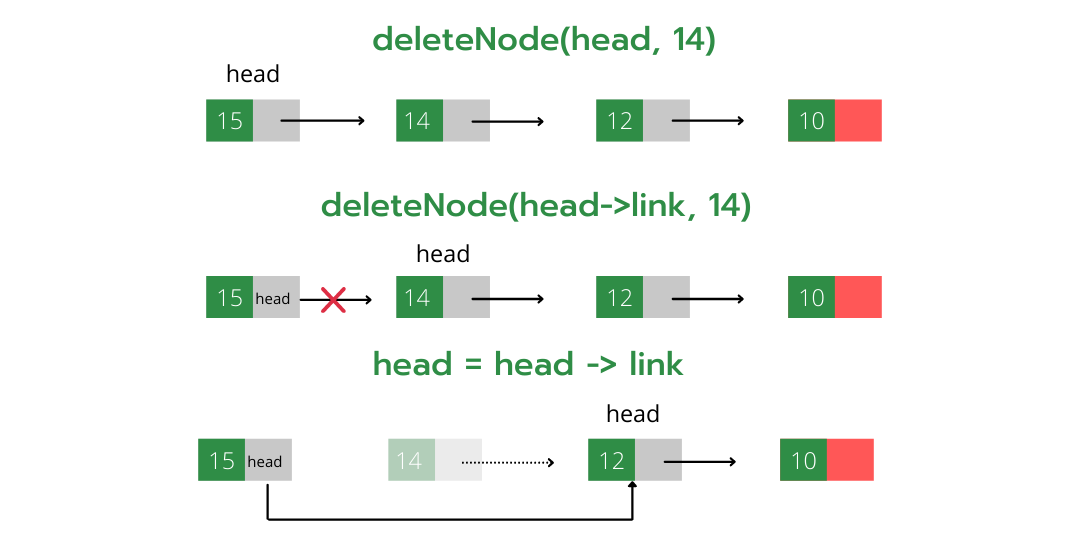