R is a robust language used by Analysts, Data Scientists, and Business users to perform various tasks such as statistical analysis, visualizations, and developing statistical software in multiple fields.

Data Wrangling is a process reimaging the raw data to a more structured format, which will help to get better insights and make better decisions from the data.

Tibbles are the core data structure of the tidyverse and is used to facilitate the display and analysis of information in a tidy format. Tibbles is a new form of data frame where data frames are the most common data structures used to store data sets in R.

Advantages of Tibbles over data frames

Let us see some examples of how to use the above functions using Rstudio IDE. We will be using a builtin dataset (CO2) Carbon Dioxide Uptake in Grass Plants to create a tibble.

This dataset consists of several variables, such as plant, type, treatment, concentration, and uptake. It is difficult to work with this type of information, so let us convert this information into a tibble. Let us create a tibble named sample_tibble from CO2 dataset using as_tibble() function.

Here we are converting a data frame (CO2) into tibble using as_tibble() function. It requires you to install tidyverse package in Rstudio. 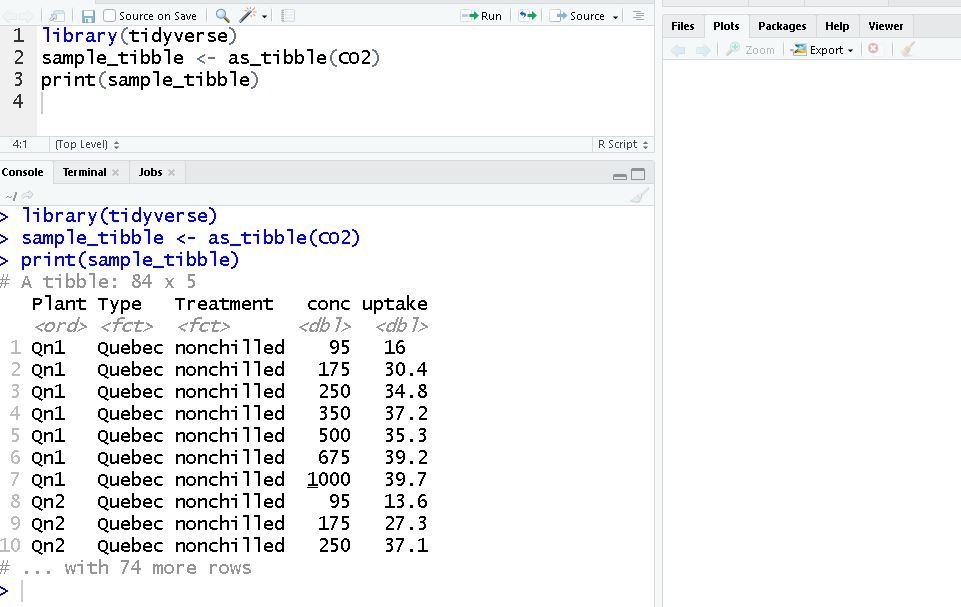 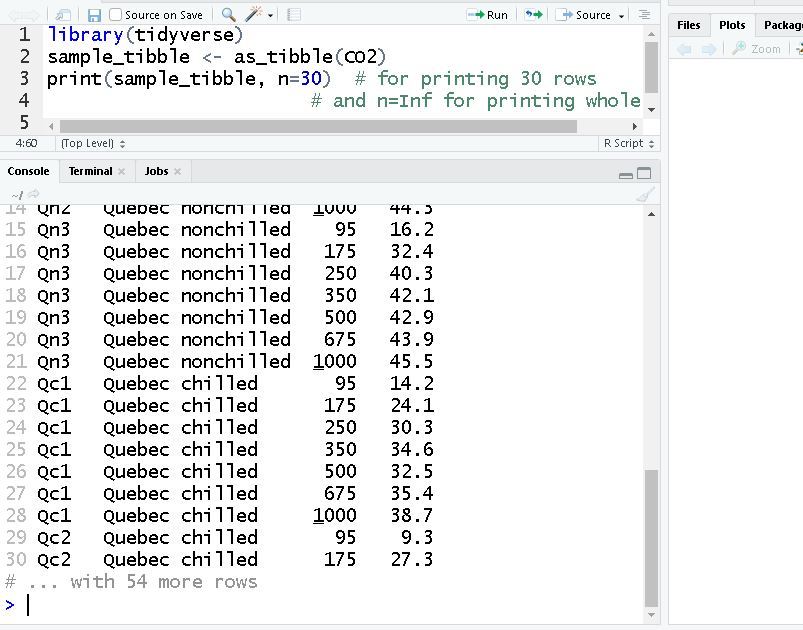 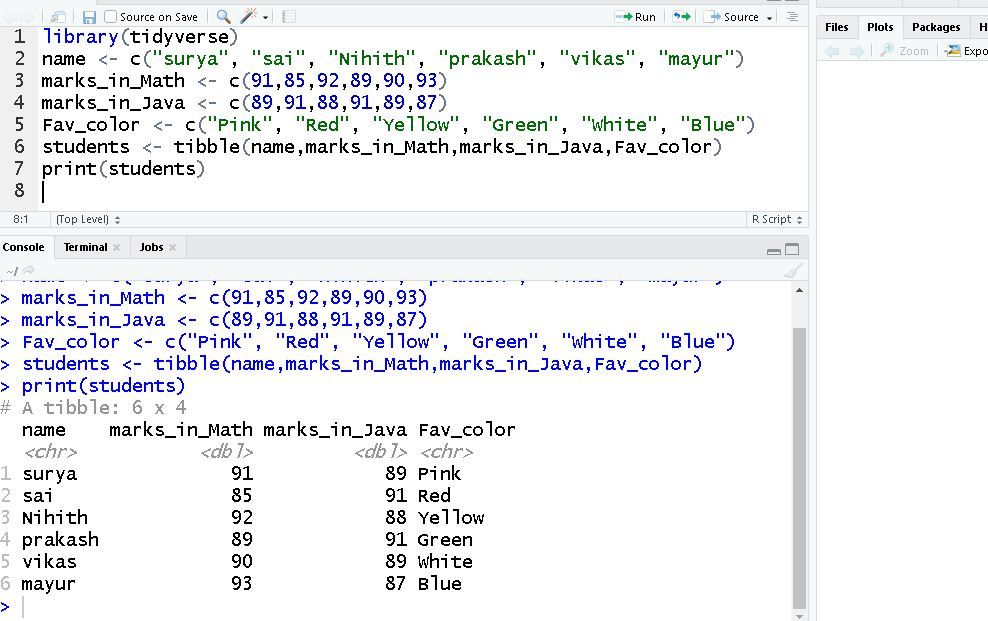 The first way we can extract a variable from Tibble is by using a dollar($) sign, operator. To do this, we will be creating a tibble from scratch using a tibble() function. 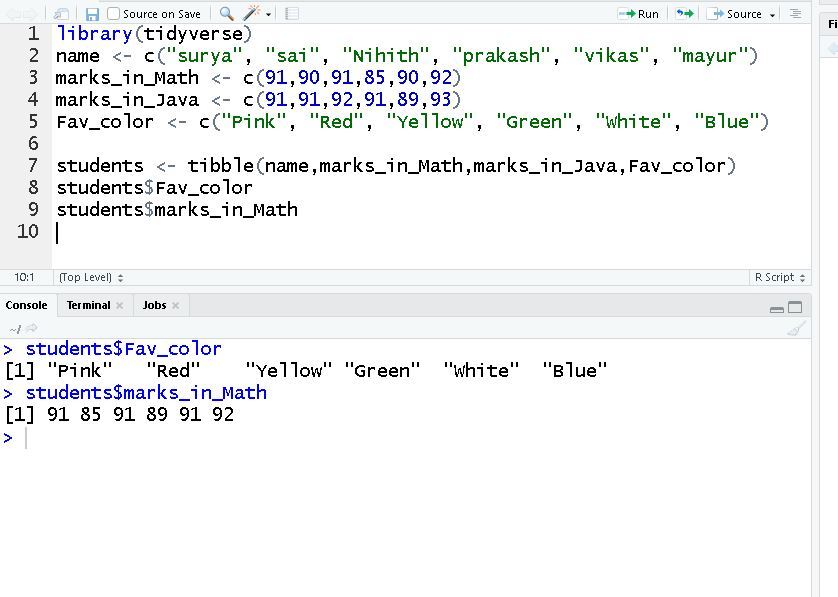 The second way you can access a single variable from Tibble is by using square braces([[]]). We will use the same tibble created previously. 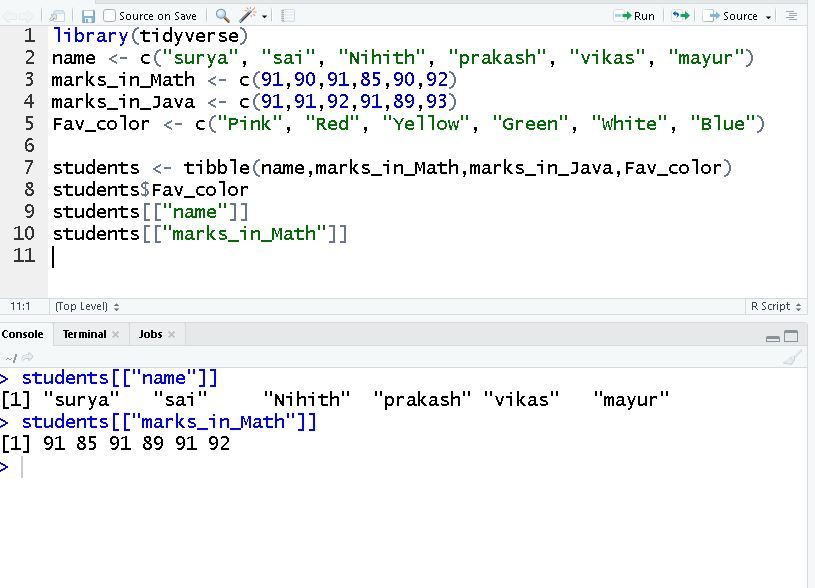 The data represents the Tibble name, and conditions are used to specify an expression that returns a logical value. We will be using the student’s Tibble, which we created in the above example. 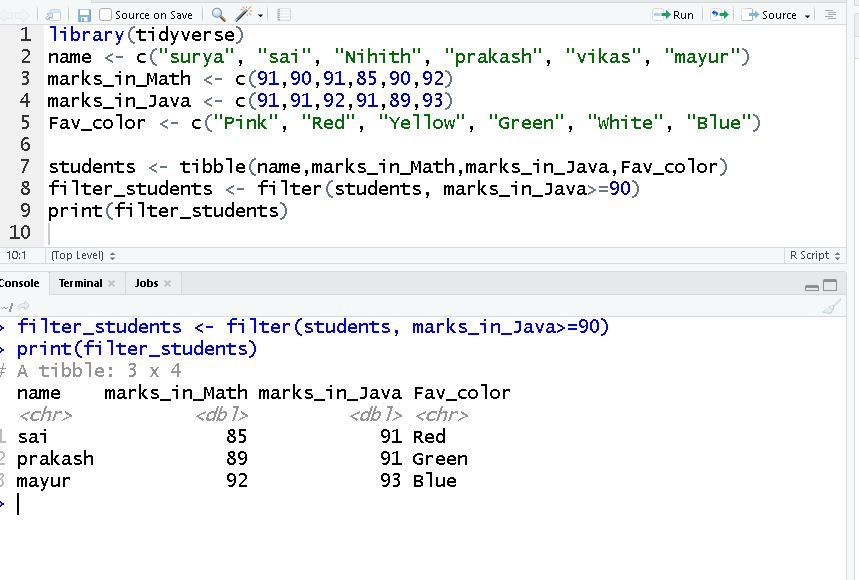