According to the Harvard Business Review, Data Scientist is “The Sexiest Job of the 21st Century”. Is this not enough to know more about data science!

In the world of data space, the era of Big Data emerged when organizations are dealing with petabytes and exabytes of data. It became very tough for industries for the storage of data until 2010. Now when the popular frameworks like Hadoop and others solved the problem of storage, the focus is on processing the data. And here Data Science plays a big role. Nowadays the growth of data science has been increased in various ways and so on should be ready for the future by learning what data science is and how can we add value to it.

What is Data Science?

Data science is the science of analyzing raw data using statistics and machine learning techniques with the purpose of drawing conclusions about that information.

So briefly it can be said that Data Science involves:

Usually, data scientists come from various educational and work experience backgrounds, most should be proficient in, or in an ideal case be masters in four key areas. 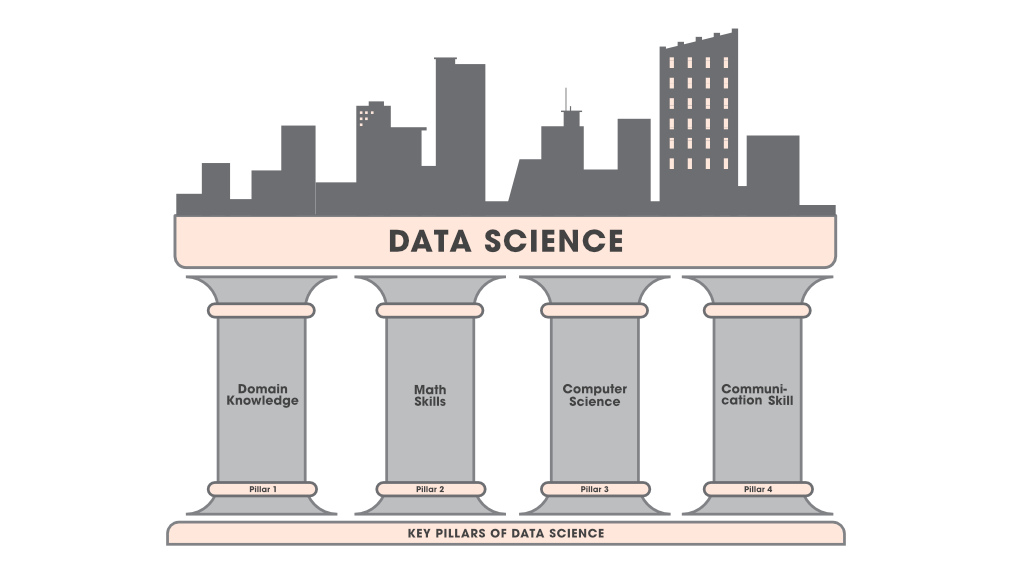 Who is a Data Scientist?

“who integrates the skills of software programmer, statistician and storyteller slash artist to extract the nuggets of gold hidden under mountains of data”

But now the question arises, what skills do a data scientist embody? And to answer this, let’s discuss the popular Venn diagram Drew Conway’s Venn diagram of data science in which data science is the intersection of three sectors – Substantive expertise, hacking skills, and math & statistics knowledge. 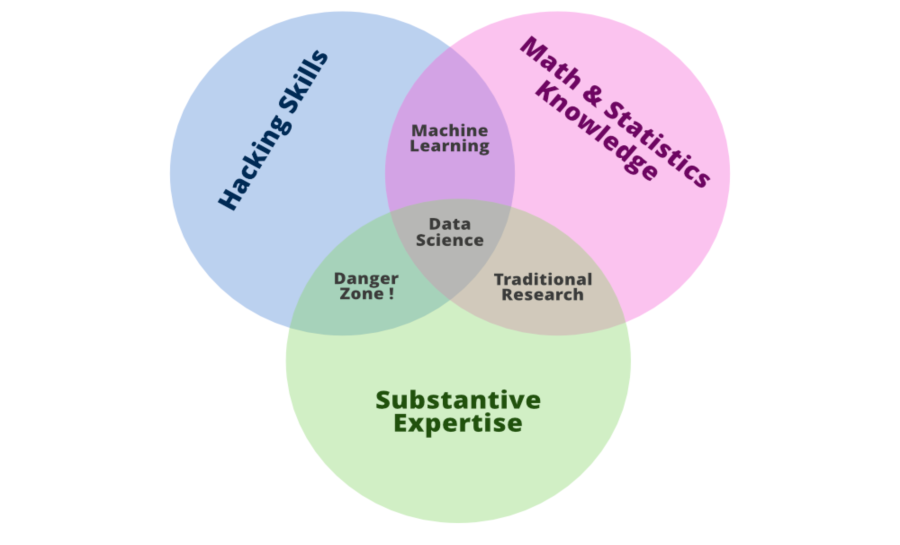 Let’s explain a little what we mean by this Venn diagram, we know that we use data science to answer questions – so first, we need to have enough experience in the area that we desire to ask about in order to express the questions and to understand what kinds of data are relevant to reply that question. Once we have our question and relevant data, we understand from the kinds of data that data science operates with, often times it needs to undergo significant cleaning and formatting – and this often takes computer programming skills. Finally, once we have the data, we need to analyze it, and this often takes math and stats knowledge.

Roles & Responsibilities of a Data Scientist:

Data Scientist, Data Engineer, and Data Analyst are the three most common careers in data science. So let’s understand who’s a data scientist by comparing it with its similar jobs.

The variety of areas in which data science is used is embodied by looking at examples of data scientists.

One of the reasons for the acceleration of data science in recent years is the enormous volume of data currently available and being generated. Not only are huge amounts of data being collected about many aspects of the world and our lives, but we concurrently have the rise of inexpensive computing. This has formed the perfect storm in which we have rich data and the tools to analyze it. Advancing computer memory capacities, more enhanced software, more competent processors, and now, more numerous data scientists with the skills to put this to use and solve questions using the data!

What is big data?

We frequently hear the term Big Data. So it deserves an introduction here – since it has been so integral to the rise of data science.

What does big data mean?

Why do data science?

Speaking of demand, there is an immense need for individuals with data science skills. According to LinkedIn U.S. Emerging Jobs Report, 2020 Data Scientist ranked #3 with 37% annual growth. This field has topped the Emerging Jobs list for three years running.

So this is a great time to be getting into data science – not only do we have more numerous data, and more numerous tools for gathering, warehousing, and interpreting it, but the need for data scientists is growing frequently and perceived as essential in many diverse sectors, not just business and academia.

One famous example of data science in action is from 2009, in which some researchers at Google analyzed 50 million commonly searched words over a five year period and compared them against CDC(Centers for Disease Control and Prevention) data on flu outbreaks. Their aim was to understand if some particular searches harmonized with outbreaks of the flu.

One of the advantages of data science and working with big data is that it can distinguish correlations; in this case, they distinguished 45 words that had a strong correlation with the CDC flu outbreak data. And using this data, they were able to predict flu outbreaks based only on usual Google searches! Without this mass amount of data, these 45 words could not have been predicted beforehand.

The Process of Data Science

The parts involved in a complete data science project are, 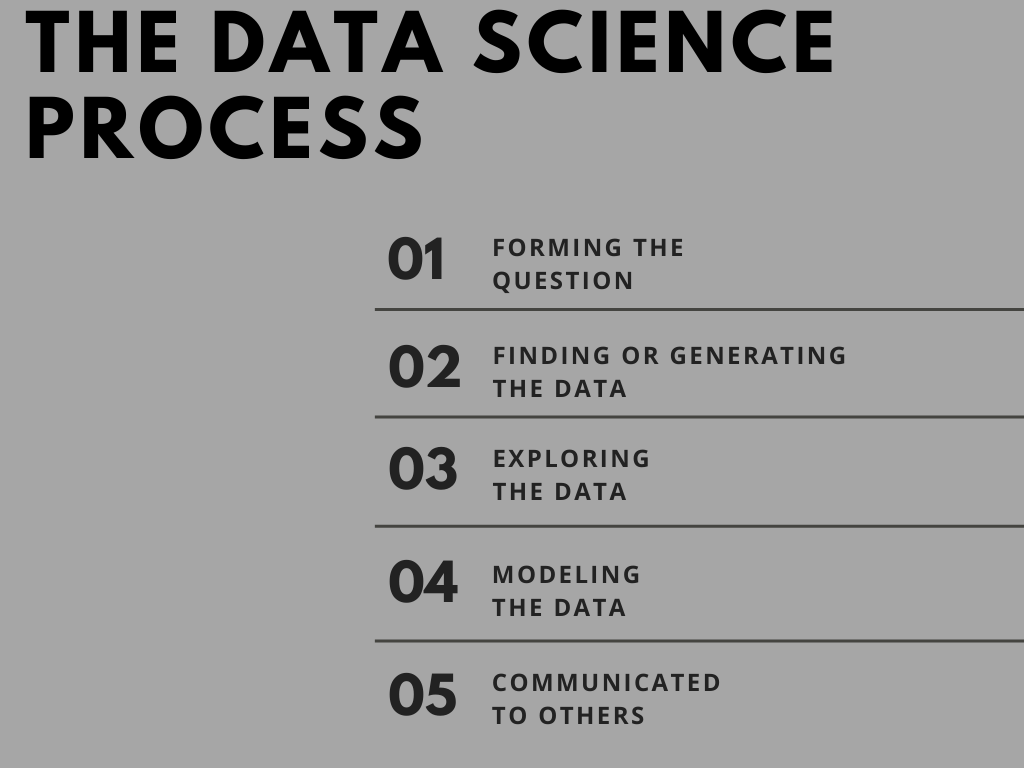 The following are some cool data science projects. In each project, the author had a question, and they wanted to solve the question. And they utilized data to solve that question. They analyzed and visualized the data. Then, they wrote blog posts to communicate their results. Have a look to know more about the topics and to see how others work through the data science project and deliver their results!

According to StackOverflow developer survey, 2020 – developer roles, about 8.1% of respondents identify as Data scientists or machine learning specialists. 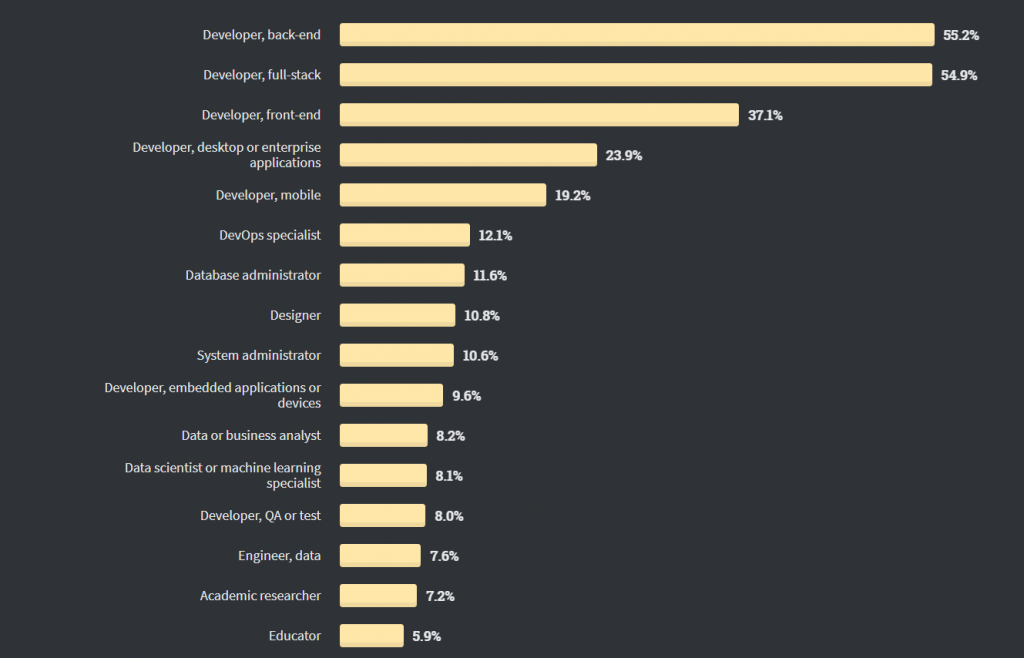 The most in-demand data science skills of 2019 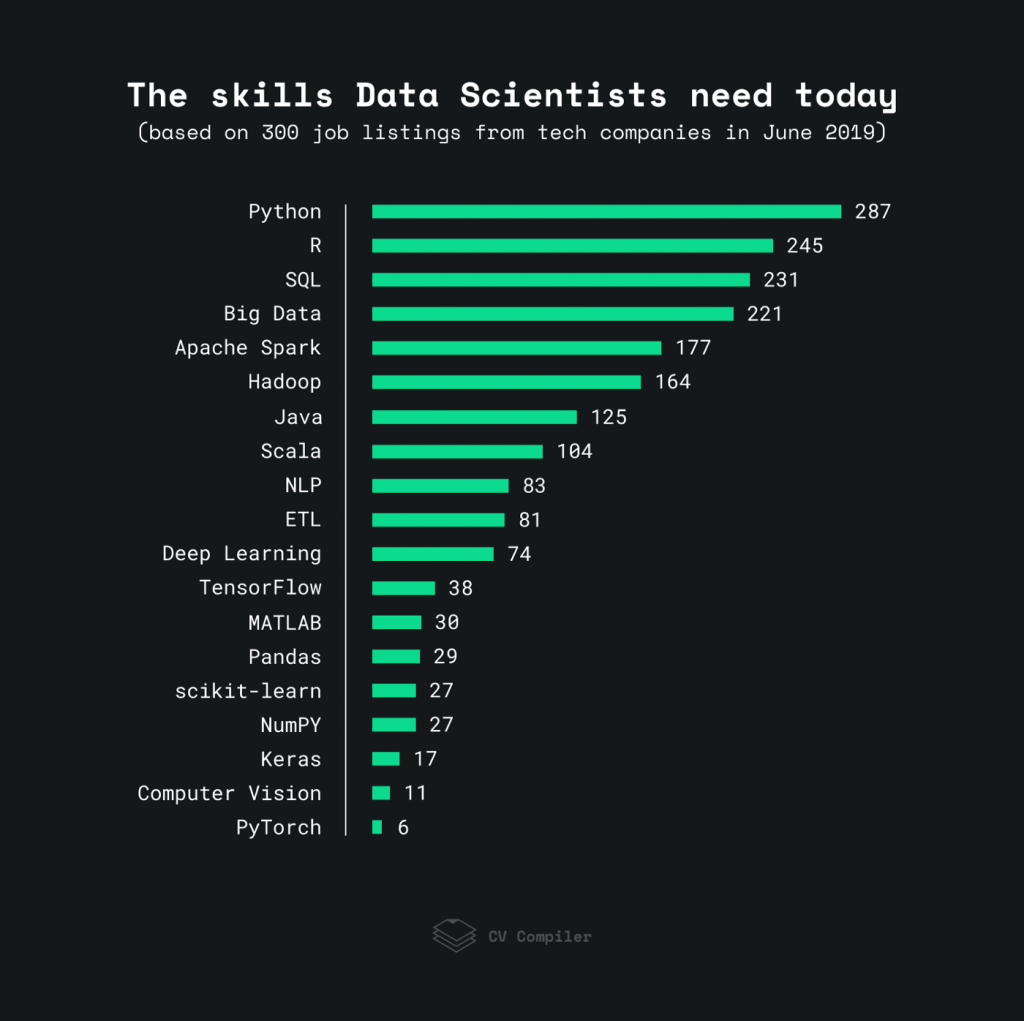 How to Become More Marketable as a Data Scientist