GANs was proposed by Ian Goodfellow . Cycle GAN is used to transfer characteristic of one image to another or can map the distribution of images to another. In CycleGAN we treat the problem as an image reconstruction problem. We first take an image input (x) and using the generator G to convert into the reconstructed image. Then we reverse this process from reconstructed image to original image using a generator F. Then we calculate the mean squared error loss between real and reconstructed image. The most important feature of this cycle_GAN is that it can do this image translation on an unpaired image where there is no relation exists between the input image and output image. 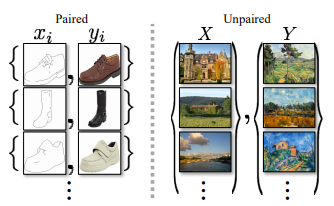 The CycleGAN architecture is different from other GANs in a way that it contains 2 mapping function (G and F) that acts as generators and their corresponding Discriminators (Dx and Dy): The generator mapping functions are as follows:

where X is the input image distribution and Y is the desired output distribution (such as Van Gogh styles) . The discriminator corresponding to these are: 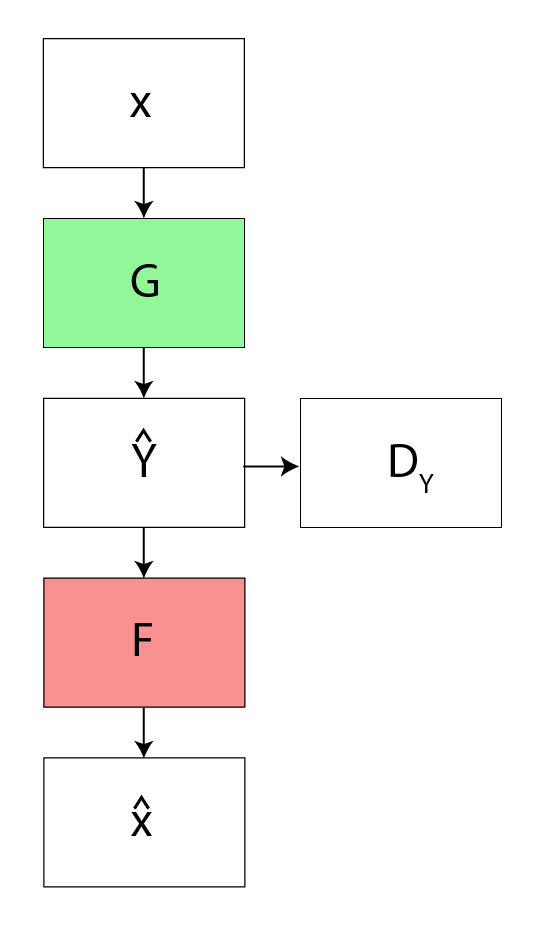 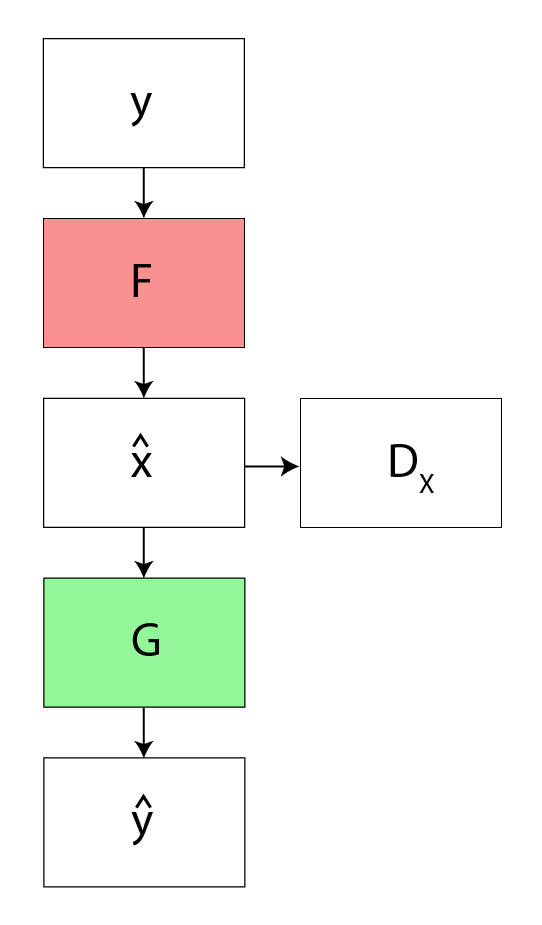 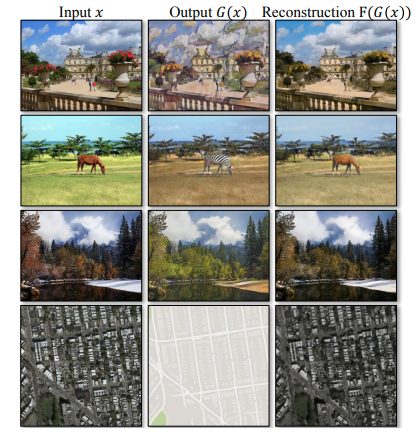 Each CycleGAN generator has three sections:

The input image is passed into the encoder. The encoder extracts features from the input image by using Convolutions and compressed the representation of image but increase the number of channels. The encoder consists of 3 convolution that reduces the representation by 1/4 th of actual image size. Consider an image of size (256, 256, 3) which we input into the encoder, the output of encoder will be (64, 64, 256). 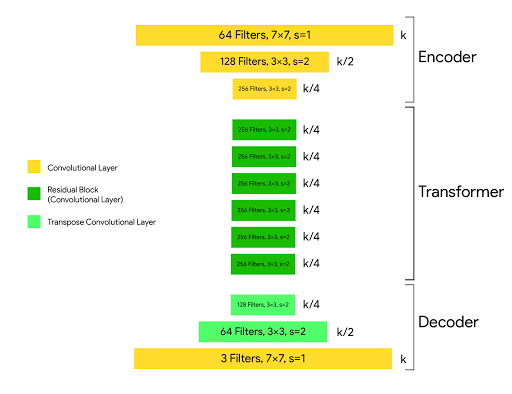 The architecture of generator is: 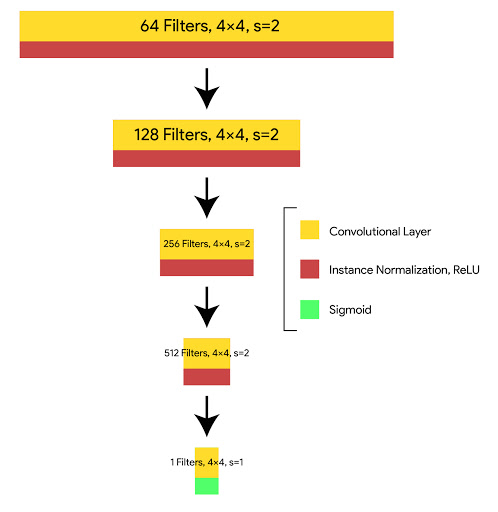 The architecture of discriminator is :

where Ck is 4×4 convolution-InstanceNorm-LeakyReLU layer with k filters and stride 2. We don’t apply InstanceNorm on the first layer (C64). After the last layer, we apply convolution operation to produce a 1×1 output.

The Cost function we used is the sum of adversarial loss and cyclic consistent loss: 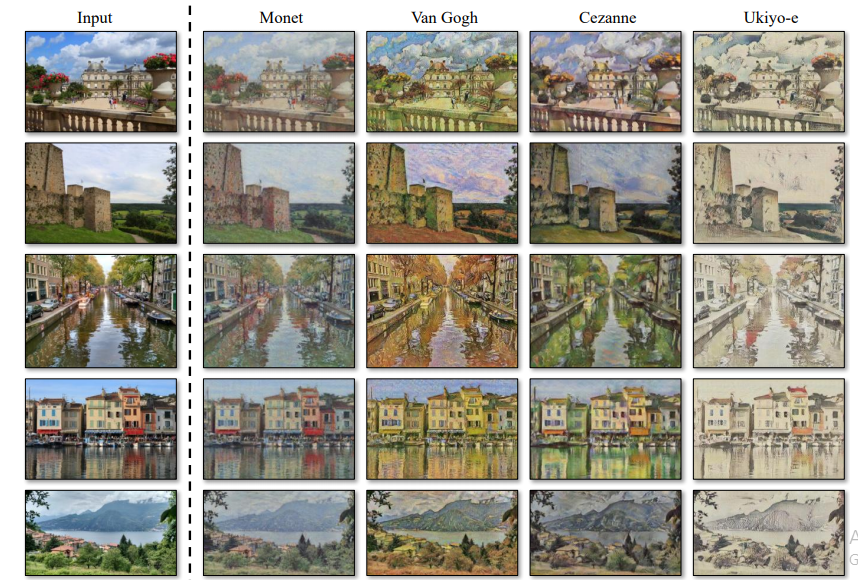 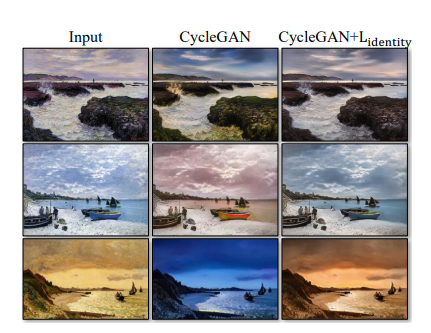 In this task the authors scrap data from Google Maps and google Earth and evaluated on different GANs method and compared to Ground Truth.

Some of the results from Cityscapes dataset are as follows