Generative Adversarial Networks (GAN) was proposed by Ian Goodfellow in 2014. Since its inception, there are a lot of improvements are proposed which made it a state-of-the-art method generate synthetic data including synthetic images. However most of these improvements made on the discriminator part of the model which refines the generation ability of generator. This also implies that there was not much focus on the generator part which causes the lack of control over the generator part of GAN. There are some parameters that can be changed during the generation part such as background, foreground and style or for human faces there are many features that can be altered in the generation of various images such pose, hair color, eyes color etc. 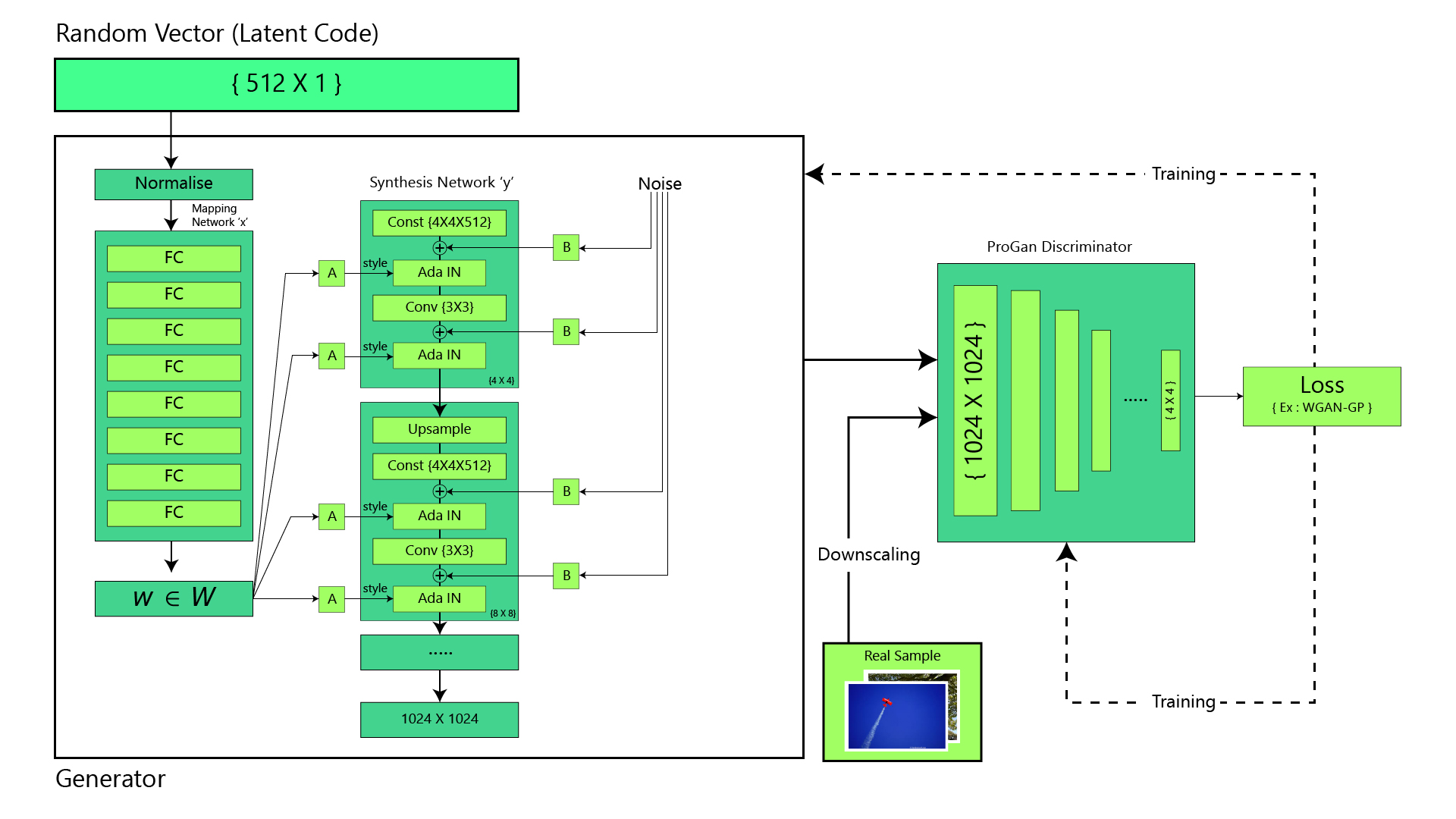 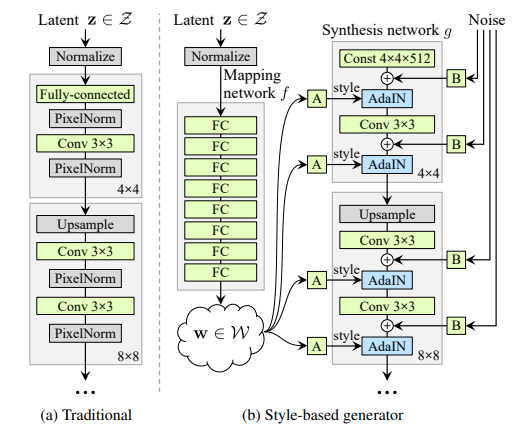 where each feature map x is normalized separately, and then scaled and biased using the corresponding scalar components from style y. Thus the dimensional of y is twice the number of feature maps  (x) on that layer. The synthesis network contains 18 convolutional layers 2 for each of the resolutions (4×4 – 1024×1024).

Style on the Basis of Resolution:Images 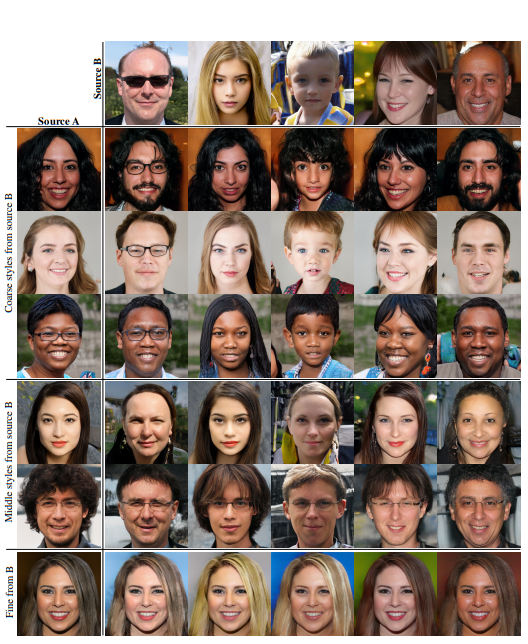 Style changes in Caarse, Middle and FIne Imaaes. Here A and B are the results  generated from style mixing

In order to have more control on the styles of the generated image, the synthesis network provides control over the style to different level of details (or resolution). These different levels are defined as:

The authors of this paper applied these metrics to both w(intermediate mapping) and z(latent space) and concludes that w are more separable. This also underscores the importance of 8-layer mapping network.

Here we calculate FID score using 50, 000 randomly chosen images from the training set, and take the lowest distance encountered over the course of training