We can create Stop Watch in ReactJS using the following approach. Our StopWatch will have the functionality of Start, Pause, Resume and Reset.

Step 2: After creating your project folder i.e. stopwatch, move to it using the following command.

Create a Components folder insider the src folder. Inside the Components folder create three different subfolders with the names StopWatch, Timer, ControlButtons. Now make a .jsx and a .css for each components. 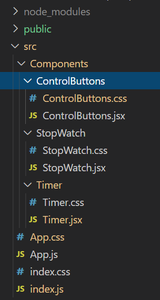 Components used in our applications are: 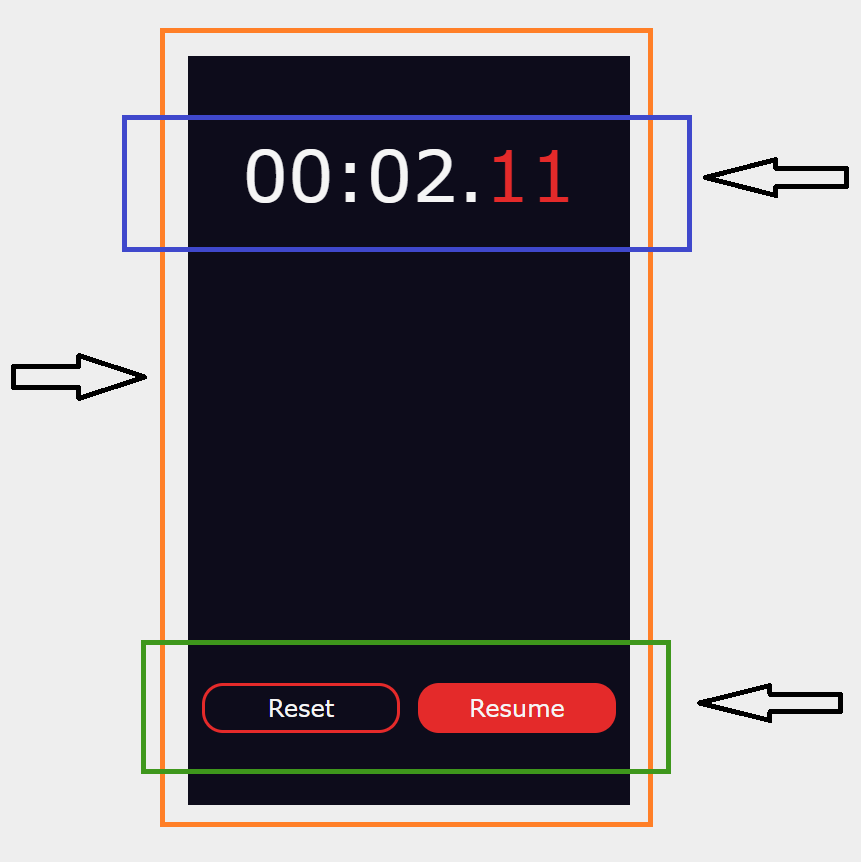 Example: The outer component is StopWatch, the blue marked is the Timer, and the green-colored component will be denoted as ControlButtons.