The BOTP tool is a free and open-source tool available on GitHub that is used to perform call and SMS bombing on the target phone numbers. You must ensure that you always install the latest version of BOTP from GitHub in order to not get stuck with the work of the tool.

This tool is written in python. You must have python installed in your Kali Linux operating system. This tool works with open-source intelligence APIs that’s why this tool requires an internet connection to perform bombing. BOTP doesn’t take your phone number, you only have to enter the target phone number and the tool will do the rest of the work. 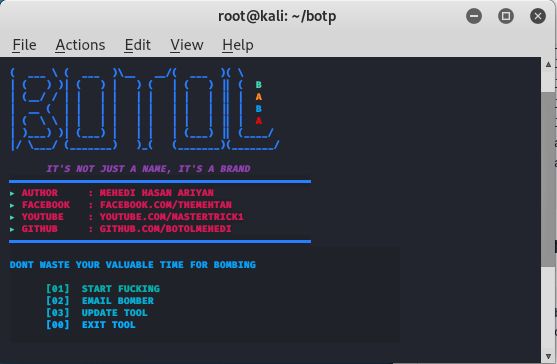 Open your kali Linux operating system and use the following command to install the tool from GitHub and then move to the tool directory using the second command. 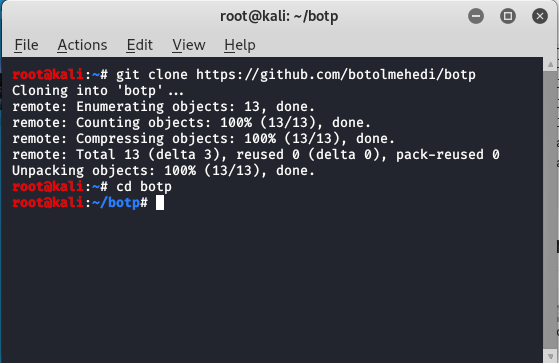 The tool has been downloaded and now the tool runs using the following command.

The tool is running successfully. Now let’s see some examples of using the tool.

Use the BOTP tool to perform SMS Bombing on a number. 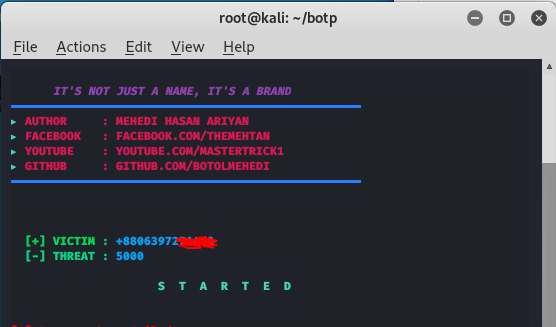 You can see that the tool has started running and the number of threats is 5000.

Use the BOTP tool to perform email bombing on an email address. 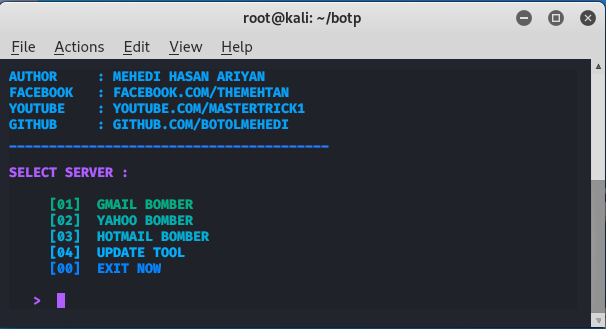 The tool has opened a list where you have to select the type of email your target has. For example, let’s select 1 here for Gmail bombing. 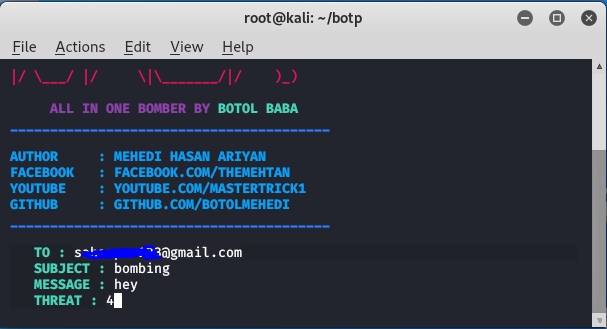 The tool has started email bombing on the email that you have provided now. In this way, you can perform email bombing and SMS bombing. You can give your own credentials here. The tool has started sending SMS and emails. Some of them achieve success, some of them fail, but you can try again and again for the best results. The SMS failed due to a poor internet connection. If your internet is good, then no SMS of yours will fail.