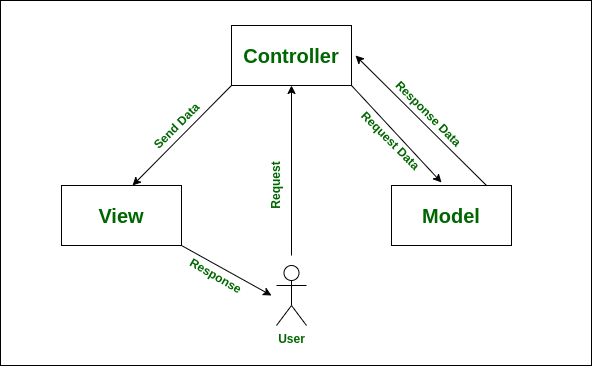 Three Levels Of MVC Model :
1. Model –
This level is considered the lowest level when compared with the View and Controller. It primarily represents the data to the user and defines the storage of all the application’s data objects.

2. Views –
This level is majorly associated with the User Interface(UI) and it is used to provide the visual representation of the MVC model. In simpler terms, this level deals with displaying the actual output to the user. It also handles the communication between the user (inputs, requests, etc.) and the controller.

3. Controller –
This level takes care of the request handler. It is often considered as the brain of the MVC system- a link, so to speak, between the user and the system. The controller completes the cycle of taking the user output, converting it into desired messages, and passing them on to the views(UI).

Thus, the MVC design pattern is a great approach for developing web applications. Today, there are several enterprises opting for the development of such applications based on the MVC architecture.