While modern day containers seem to be the go-to solution for providing the computing environment because of their lightweight nature, in this article, we will look into the advantages of VMs over the new-age portable containers.

VM’s are more secure than containers because the applications(multiple) run inside the VM’s i.e. Guest OS and communication happens to the hardware via the Hypervisor. In case of containers, they have everything needed to run the application. However, when they have to communicate with other containers or the Host OS which runs these containers, it poses security risk. Since Virtualization came in first, there has been significant work done in terms of Security and Data Encryption in the Virtual Machines than when compared to Containers. Any compromise with the VM would not affect or let the attacker get to another VM as the security aspect is in the control of hypervisor, whereas this is not the case in containers as they do not have a strong security boundary. 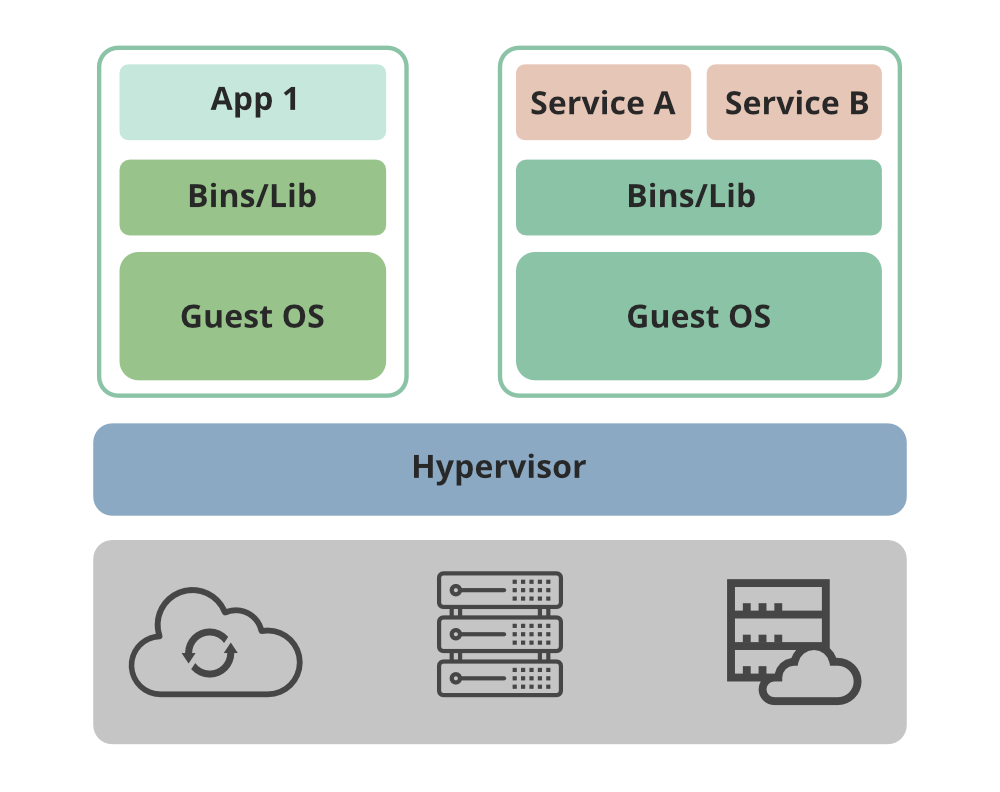 The Virtual Machines are the go-to choice when we have to run Older Applications or the Applications that run on top of older versions of the Operating Systems. Since we might not have the resources to modernize the application to run inside of a container, we will have to turn to the VM’s. In such situations, we could run the old OS as a VM and run the application on top of it.

3. Applications that are OS resources intensive:

VM’s could be used when we need to host or run applications which are resource intensive and require the OS functionality and resources. Also in environments where we have the need to run variety of OS, then VMs are preferred. In the case of containers they use the Host’s kernel and cannot be isolated like the VM’s as they run their own Kernel.

4. Use of Host OS and compatible kernel (Portability):

We can run multiple VM’s running different guest OS (having their own kernel) on top of the host/server. Whereas with the containers, since they use the kernel from the Host OS they are limited to the operating system and hence a container designed to run on a particular host OS would not be able to migrate another server running a different kernel and would have compatibility issues while migrating containers.

In comparison to the virtual-machines, the containers are ineffective when it comes to video output/support as they are mainly meant for console applications. Running tools or software that have a graphical interface or need a rich GUI is easier on the VM’s with the use of virtual display on the host machine. VMs are preferred solution when we need to run GUI based apps.

The VM’s have virtual disk that are used to store the application data persistently. However, this is not the case in Containers, the containers use what we call ephemeral storage (Containers are stateless by default). With the growing demand and need for stateful applications, containers are posed with the challenge to add a storage solution. When it comes to persistent storage, VM’s score better than the containers as we would need to implement complex storage solutions in the latter.

The below image differentiate between the Virtual machines and containers: 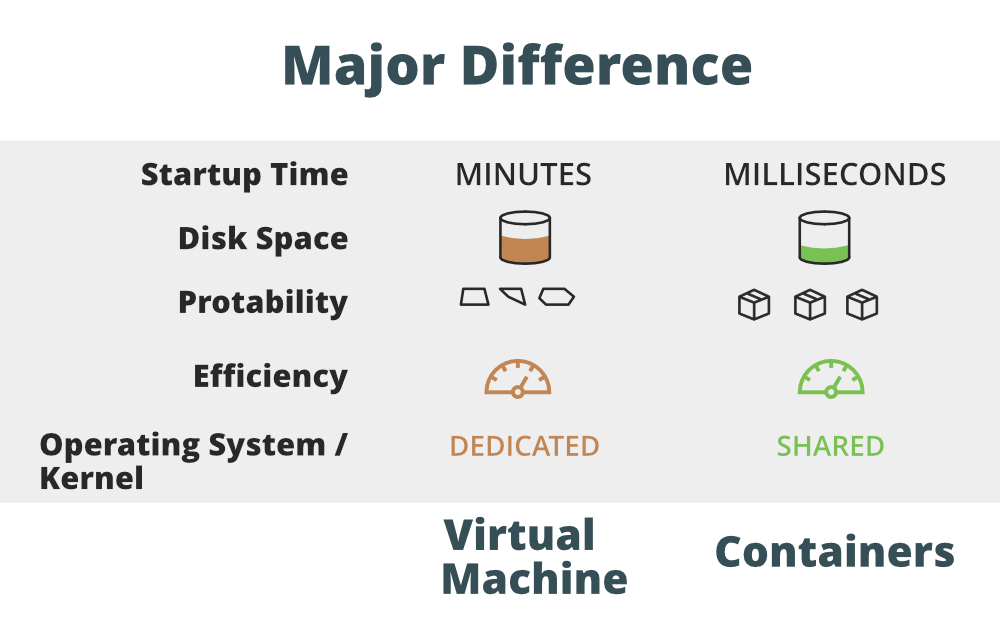