If you have never coded ever then you might be thinking that software development is all about writing a bunch of lines of code in some languages and then releasing it to the production level whenever it is ready. Well, this is true but partially. 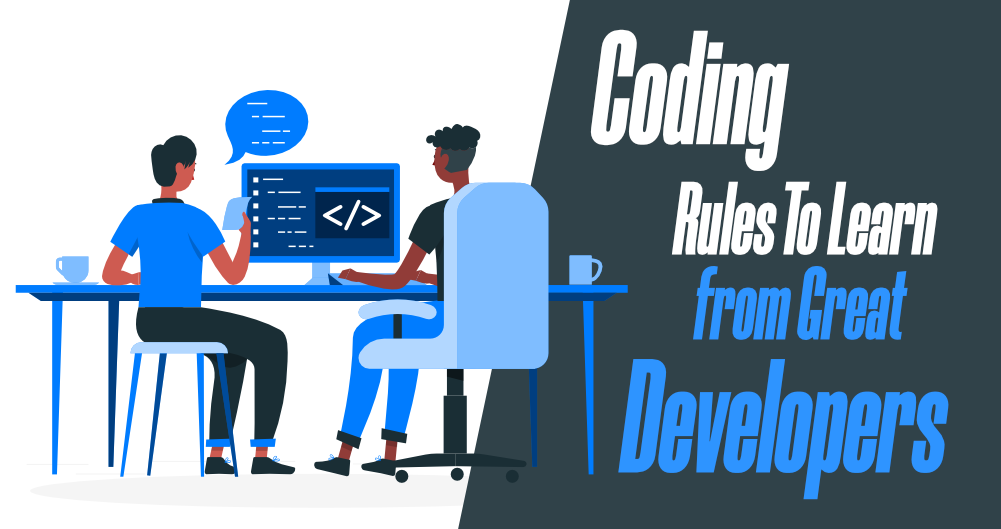 Ask a developer what they actually do in their day-to-day job? How they write code and what are some hidden rules they need to take care of when they are building some features. There are a lot of unwritten rules a developer needs to follow apart from just writing the code. Even their mood can be identified by the piece of code they write in their application.

Remember that programming isn’t just about solving the problem and making your feature works. You also have to take care of a lot of things. How you’re naming your variable, how you’re using loops, conditional statement, comments, etc. How you’re documenting, debugging, and testing your application. These are some responsibilities known by only the developer and their team. Customers or the end users are completely unaware of it but these important factors matter a lot when it comes to launching the software successfully in the market.

Now we have some questions for you…

What will happen if an application is not tested properly and it breaks when a user is using it?

What will happen if a new developer has to work on some code written by another developer, and he/she gets confused just because of the complexity of the code? Obviously, he/she will take more time or won’t be able to continue with it.

Someone who never coded before is always unaware of these issues and the solution to it. In this blog, we will discuss these issues and some important aspects of software development that should be followed by developers.

Follow a consistent coding standard in your application. Whatever structure or approach you follow, make sure that you are consistent with it throughout your whole application. If you follow one way to do something in one place then follow a similar way at other places. This will make your code more readable and maintainable.

For example: if you’re naming a variable such as variableOne, variableTwo in your application then follow a similar way at other places. For the third variable, the name should be variableThree not variable_three. Take care of these little things.

The coding standard should be as little as the naming convention of your variable. The structure of your application should be as simple as possible so that other developers can easily work on it, add features to it, and make changes to it.

If you find that you need to write a nested statement then follow the guard clause approach there. In this approach, you immediately exit the function either with a return statement or an exception.

3. Zoom Out and Think of the Bigger Picture

4. Naming Things in Your Code

One of the toughest parts of software development is choosing a relevant name for each piece of code. You need to pay attention carefully to the variable, class, or method names. For example: if you’re building some project where you’re doing some calculation for leap year then you can give it the name “leap_year”. Someone who is going to look at your code will definitely get that you have done something related to leap_year.

A good naming convention is important to increase the readability of your code and it also reduces the unnecessary lines of comments.

Being a developer you should always consider that a task takes a long time to complete than you expect. Always overestimate the timing for your tasks when you’re working on a project. Underestimating the tasks can create technical debt in your application. You will have the time to make your feature works but you won’t have time to make the code clean and maintainable.

A lot of developers avoid commenting on the code or documenting the things in their application. They think that it’s just a wastage of time but that’s not true. Documentation and comments help a lot in understanding the role of a specific part of the application.

When you’re commenting on your code it explains why you did something. When other developers start working on it they immediately understand the features, modules, or components. It becomes easy for them to understand your code, work on it, and change it.

In development, most of the time developers write some code and later they comment out that massive block of comment just because they are less confident about it. They leave them there thinking that in the future they may have to use that piece of code. Great developers know very well that which specific part of the code is not important in the codebase. Version control is there for a purpose and great developers are confident about deleting the bad parts of the application.

8. Give Some Time to Code Reviews

Do not underestimate the importance of code reviews in software development. A great developer always spends a good time on code reviews, and they know how it can help to build a good application. Below are some good things about code review…

For the best code review process, you can follow some practical tips given below…

A lot of developers avoid testing considering it a time-consuming process but good developers never run away from testing. They take time in writing a good test and it helps them in scaling the application with more confidence. Also, you prevent yourself from introducing a lot of bugs in software.

10. Focus on The Fundamentals and Not on The Syntax

This is one of the most important things to learn in software development. Good developers know that having a good grasp of fundamentals is more important than over-focusing on language syntax. You will be able to detect the problems effectively.

You will have more understanding of the issues and software when you grasp the fundamental concept. This helps in googling your problems and detecting bugs easily in the future.

11. Take the Help of Google

Searching for a problem on Google is not a sign of a bad developer. It is smartness and it also boosts the productivity of a developer. Good developers are experts in Googling things and solving problems. Read tips number 4 once again. A developer who has a good grasp on fundamental concept know what Google terms to search.

Don’t be obsessed with learning the syntax. Make Google your best friend, focus on fundamentals and it helps a lot in googling the things and getting the required solution.

12. Make it Work Then Make it Perfect Later

A lot of time developers pay too much attention to making things prettier. Their focus gets shifted towards it more instead of checking that if their code is running or not. They spend so much time on making things perfect and later when they execute their code, they find that it doesn’t work.

This approach saves a lot of time and you can identify issues early before making things perfect. There is no point in making things too perfect if your code or feature doesn’t work.

Asking questions clear out all the confusion and it’s a sign of curiosity rather than incapability of doing something.

A lot of developers write the complicated code just to show off how intelligent they’re. Things are actually the opposite. Great developers believe in making things simple rather than complicated. They write simple code so that other developers can understand it, modify it, and work on it. Also, keeping things simple in your code makes your application more readable and maintainable.

After reading all the above points you may have realized that software development is not just about writing the code and making things work. There are a lot of things to remember when you’re working on some applications. Keep in mind all the above key points and follow them in your development journey. You will surely make progress in your career.