What is the Significance of the Formula of a Substance?

Everyone may think that if the atom is very tiny in size, what is its importance of it? So, this is because the entire world is made up of atoms and molecules. As known that one cannot see them with the naked eyes but they are always present around. They may be in the surrounding, substances that everybody uses, or even in our own human body. They are constantly affecting whatever done. Luckily, though some scientific studies and technologies, now some magnified images of the surfaces of substances showing atoms and molecules are clearer and more understood.

Atoms can be defined as the tiny substances present in an element or compound which can take part in chemical reactions. An atom is made up of three major parts: protons, neutrons, and electrons.

As known that, most of the atoms are usually stable in nature. But some of the atoms have too many neutrons in their nucleus, which makes them unstable. A human body is made up of 99 percent of atoms of carbon, hydrogen, nitrogen, and oxygen. Below is an example of an atomic structure for your reference: 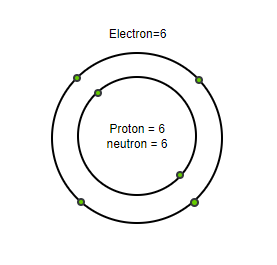 A compound can be defined as a substance that is made by the combination of two or more elements. Some of the examples of compounds are:

A molecule can be defined as the electrically neutral group of atoms formed together by chemical bonds. Molecules are made up of two or more two atoms. The atoms can be of the same element or from different elements in different situations. Some of the examples of molecules are:

A molecular formula is defined as the chemical formula which gives us the total number of atoms of each element present in the molecule of an object.

The total mass of a molecule of a substance is called molecular mass. It is measured by daltons. The formula to calculate the molecular mass is,

= 2 × mass of now hydrogen atom + mass of one oxygen atom

The molecular structure is the figure of a molecule that explains the location of atoms. One example is given below for your reference, 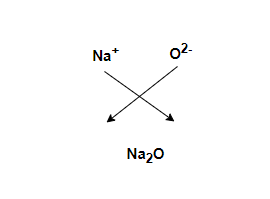 Significance of the formula of a substance

Question 1: What is the atomic mass. What are atoms made up of?

The total mass of an atom is known as atomic mass. Atom is made up of proton, neutron, and electron.

The atomic mass of potassium is,

Question 3: How atoms and molecules are interrelated?

Molecules are substances that are made up of two or more atoms in an element. So, if atoms don’t exist the existence of molecules is also impossible.

Mass of one oxygen atom = 8

Question 5: Mention any two significance of formula of a substance.

The two significance of formula of a substance are: